As a repository for records of central government, you may not expect to find many images within our holdings. However, the collections here at The National Archives are full of images, inspiration and stories that can bring history to life. From posters to poetry, maps to photographs, archival records preserve the past and can illuminate the life and times of our ancestors.

Here at The National Archives, from January to June 2015, we are exploring the many ways in which history is illustrated through such diverse holdings. One area that can showcase the depth and creativity with which history can be interpreted and represented is through events and workshops that engage directly with our records. We are running a series of events themed around the idea of illustrating history over the next six months, which you can see on our events page. With this programme we will help you to get involved in sketching out your own page of history, showing how easy it is to engage with the stories of the past through our records.

Through my research here I have done just that and tracked down some unlikely documents that have revealed new stories from the past to me. I’ve followed my own passion for everything creative and I have come to see the documents themselves as tangible keys to our past, always providing me with something new to explore.

There are some records here that illustrate history through a tale within a tale: horror comics. When I stumbled across these I wondered what a collection of classic horror comics was doing attached to official government correspondence – Prime Minister’s papers to be precise! Obviously I just had to find out…….

I soon discovered that this comic book, along with its fellow six examples of classic 1950’s horror, were sent to Prime Minister Winston Churchill in 1954, as supporting evidence to a child protection bill.

This seemingly innocuous picture book was seen, at the time, as contributing to the downfall of Britain’s youth. Well-meaning parents and responsible citizens across the UK saw these ‘horror comics’ as harmful to children – apparently encouraging low moral standards, violent crime and delinquent youth behaviour. So great was the concern that in 1955 Parliament passed The Harmful Publications Bill (Children and Young Persons), seeking to protect the nation’s innocence. 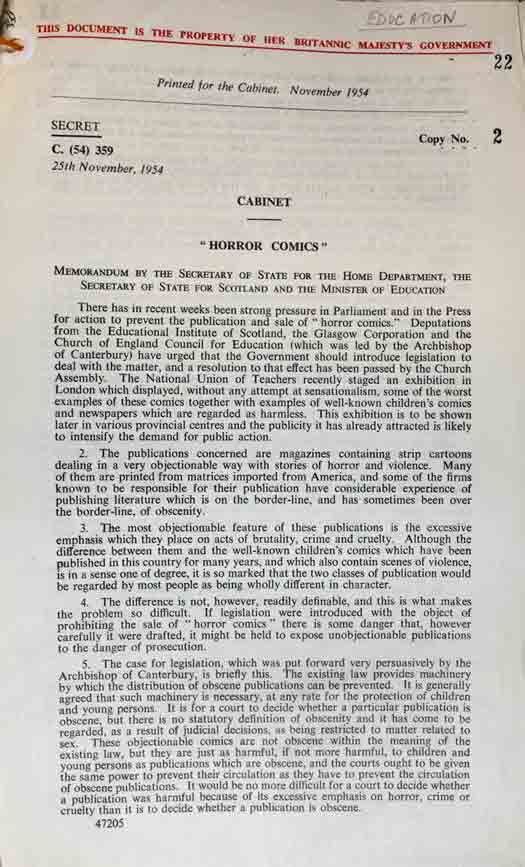 To the video-game playing youth of today this may seem absurd. However, this record illustrates a real piece of our national history and can tell us much more than it first suggests. Through this comic we can learn about 1950’s culture, law and government, not to mention its value as an art historical source.

Photographs, snapshots of life, have fascinated us all since the invention of the first fixed image camera in the early 19th century. The immediacy of their nature and the later ease with which they could be taken, stored and used, has meant that photographs have become an indelible part of The National Archives’ collections. Through my research I have come across various series that are supplemented with or even entirely reliant upon photographs.

One series that I’ve found stands out is COPY 1 – holding the entry forms for the Copyright Office 1837-1912.These forms all relate to works of art, commercial labels, advertisements and prints registered with the office. Many of them include a photograph of the item in question. Some of the images include likenesses of famous politicians, actresses and artists of the day. The image below shows the hugely popular and well known celebrity Miss Ellen Terry. Ellen Terry, famous and successful in her day, was known for her performances of commanding female Shakespearean characters, as well as for her complicated private life. This image and the fact that it was valuable enough for the original owner to copyright it, gives a glimpse into the early days of celebrity culture, with which we are now so familiar. 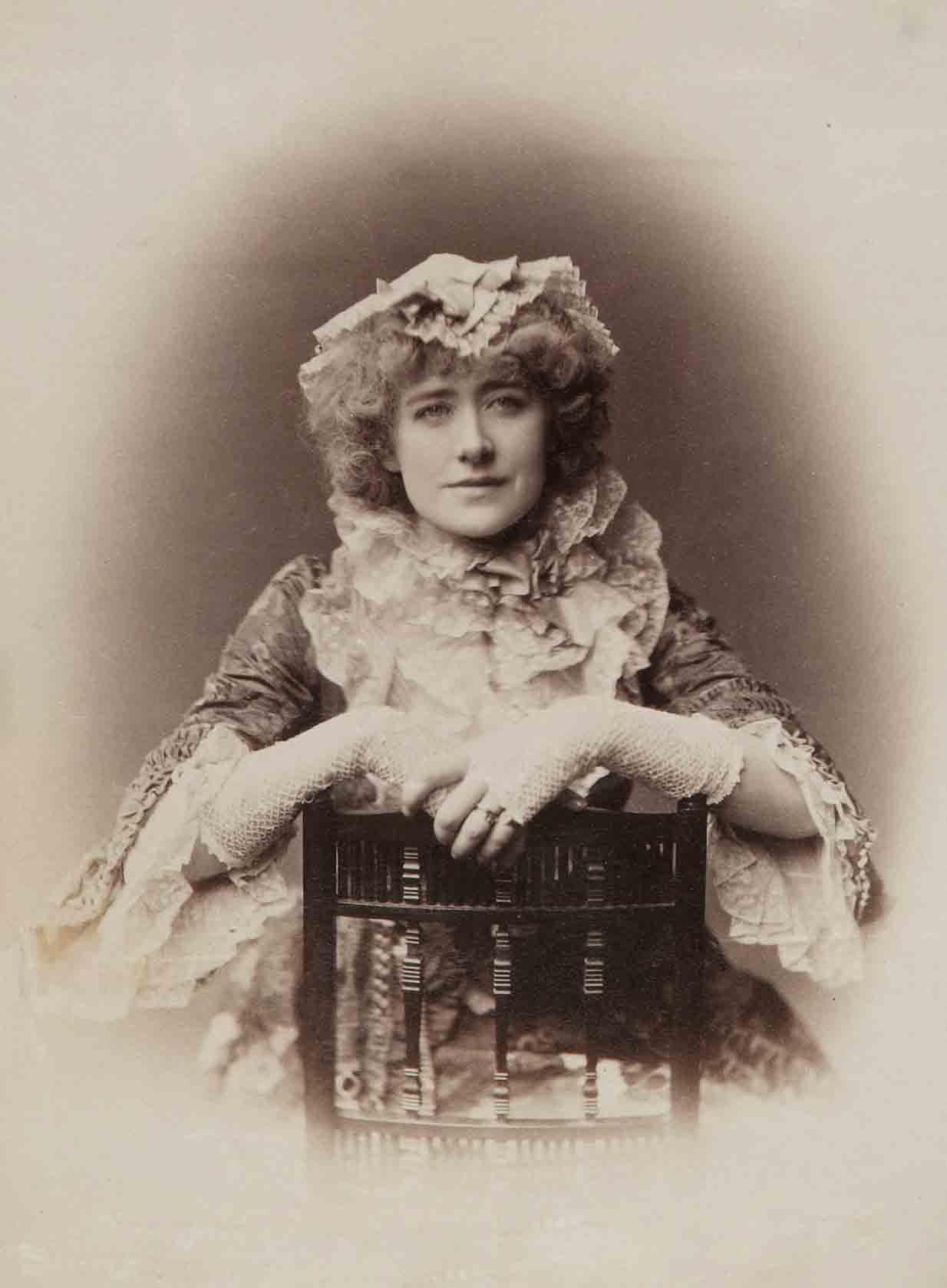 Paradoxically, photographs were also used to make the faces of 19th century criminals infamous. PCOM 2/290 and PCOM 2/291 contain Victorian prisoners’ photographs, from 1872-1873. These haunting images capture the likeness and details of inmates from Wandsworth prison. The idea behind this was to easily identify a person if they should reoffend.

As you can see from the image of inmate John Lester below, photographic records give us a glimpse of the reality of life in the past. In both of these photographs you can see the vast differences in culture and material wealth across the whole of society. As the old adage goes; a picture is worth 1,000 words – in the case of illustrating history this may be true. What I see, and what these images inspire for me, is a wholly unique interpretation and could be radically different to what anyone else may see. 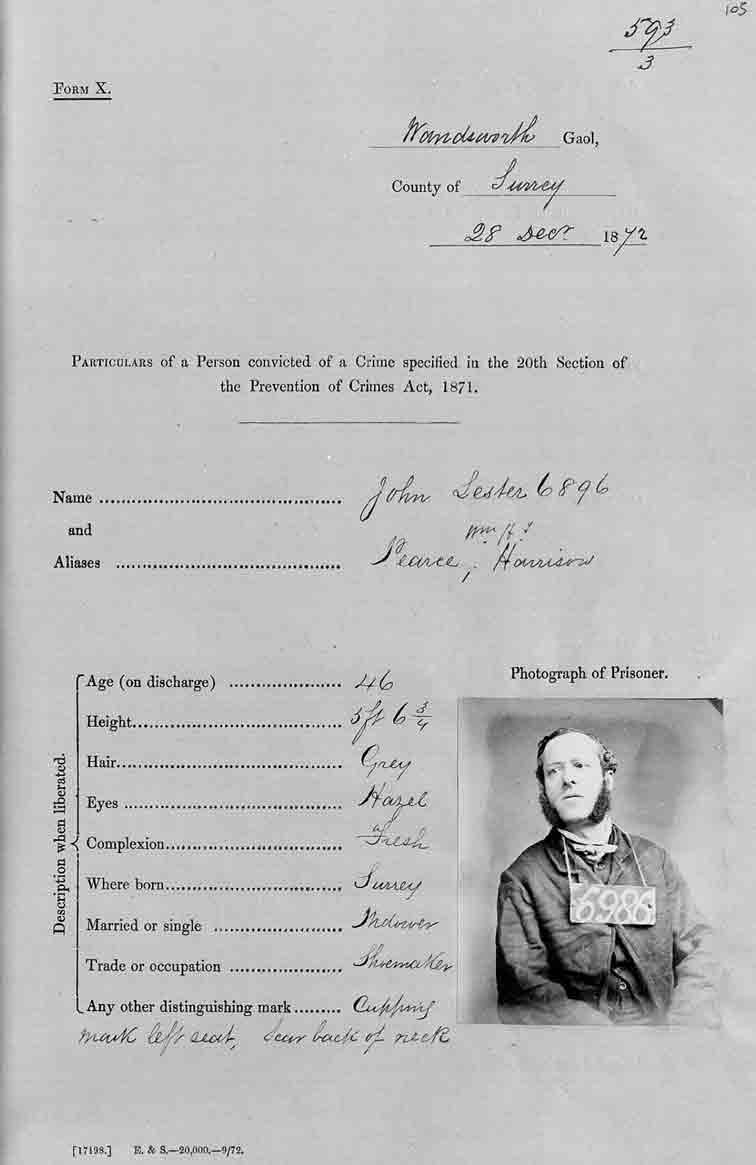 As someone with a background in History of Art I certainly never expected to run into so much creativity and art whilst working with the records here. I am constantly surprised and inspired by the images I find, sometimes by accident, sometimes after careful hunting.

This striking charcoal and gouache sketch can be found in the Ministry of Information’s original artwork series INF 3. It is a publicity piece for Latin America, dating back to the Second World War and it goes to show again how history is written and drawn within archival collections. This piece makes me question why, who and what? I want to connect the dots with research and fill in the blanks with records that tell me more about the circumstances leading to the creation of such a record. Although it is an illustration itself, this work inspires me to illustrate the history that surrounds it. 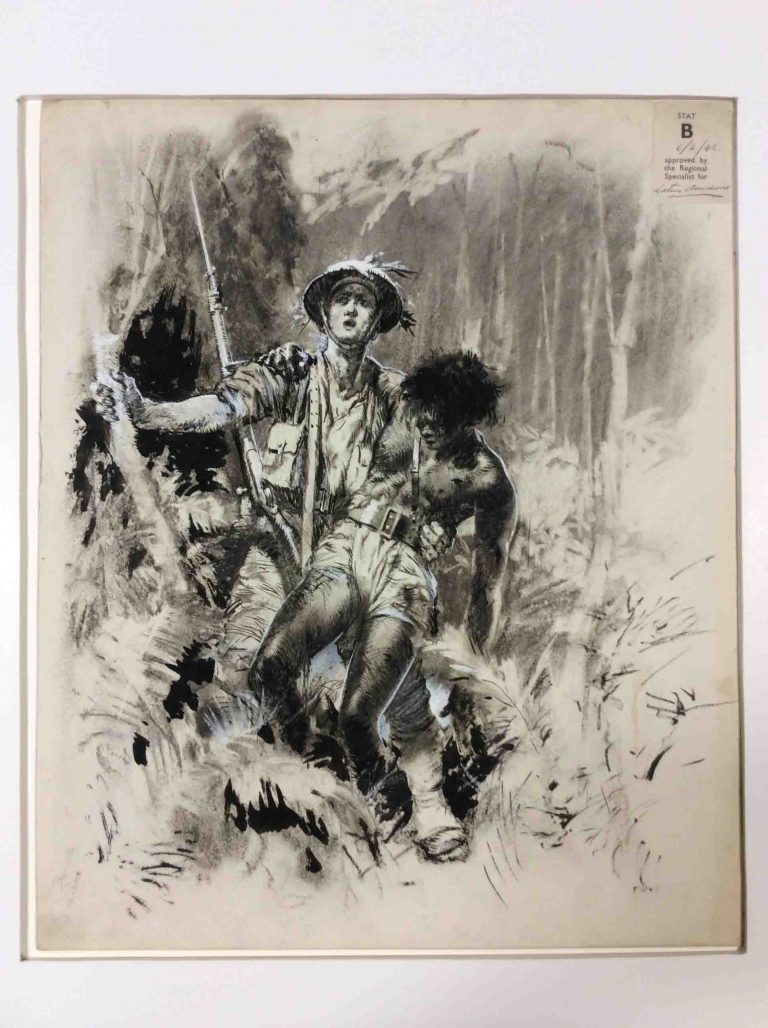 Similarly, this illuminated Valor Ecclesiasticus, or survey of church finances, is another example of the literal illustration that is waiting to be discovered and explored. The National Archives has whole series dedicated to manuscripts and although the text is an invaluable primary source, the document as a whole is something to be considered. 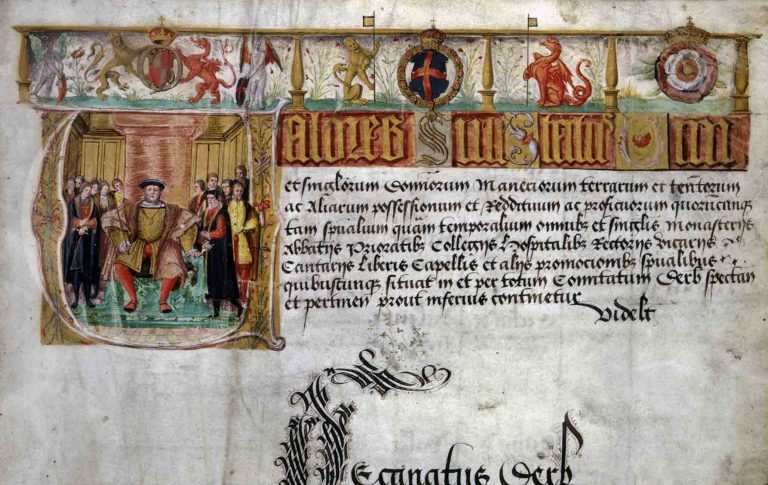 There are scribbles and annotations, sketches, maps and photographs still hidden away and waiting to be rediscovered inside files that haven’t been opened for decades. Throughout the holdings here are documents, words, textures, images and art works to inspire and to illustrate the past.

It is possible for anyone to use our records to interpret and represent history in creative and responsive ways; and that doesn’t always mean starting with an image, although there are many to choose from. Each and every original document here is a primary source piece of history that can be used as the starting point for a journey into the past..

Authors, poets, artists and historians all illustrate history in different creative ways, and all of them can use archival records within their work. Our record collections are vast and diverse, as are the possible ways in which people can respond to and interpret them. Your response and the way you choose to tell a record’s story is your own carefully researched, painstakingly sketched, illustration of history. So keep your eyes peeled for hidden gems as you research and join us over the next six months and beyond, to explore how you and others can take on skills and projects to map out a corner of the past.