Welcome to The National Archives’ Diversity Week! This is a week designed to highlight the ongoing work surrounding diversity in the organisation – from our First World War programme to our regular talks.

A few weeks ago my colleague Emily blogged about our current Illustrating history events programme, so for Diversity Week we are using this theme to focus specifically on ‘Illustrating diversity’. One of the ways we are celebrating the diversity of our collections this year is through the diversity of the images we hold: our images are truly global. In the past we have digitised images in the series INF 10 and CO 1069 as part of the World through a lens project, based on the colonial office library photographic series and the Central Office of Information British Empire collection of photographs.

The Caribbean series led to a project called Caribbean through a lens, which used images to inspire community groups to respond in a variety of ways. These included creative outputs such as spoken word poetry and a community organised display for International Women’s Day.

Our image library, and Pinterest and Flickr accounts give an insight into some of the images we hold. Throughout the week we will be adding pins to our Pinterest boards to demonstrate the variety of images we hold from Barbados to Hong Kong, and in this post I will give you a sneak preview of a few of the images! We would really love individuals and organisations to use the hashtag #illustratingdiversity so we can group together images from across the archival collections that represent the diversity of archive holdings. 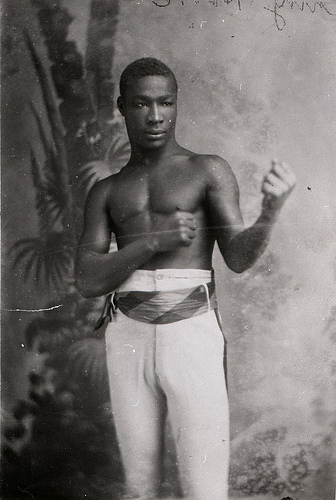 This is one of three photographs of boxers registered in April 1888 by East End photographer Harry Carpenter (1860-1906). 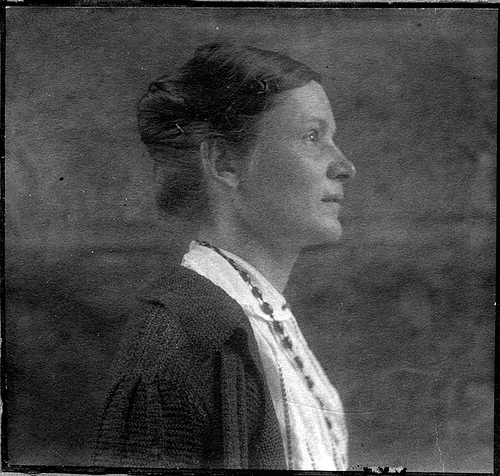 This photograph is of Sophie Gaudier Brzeska, writer and muse to the sculptor and Vorticist painter Henri Gaudier-Brzeska, which was found among her effects on her death. Sophie ended her life in an asylum in 1925 after her partner’s death in the First World War. It is an example of an image you may not expect to find in a Treasury Solicitor file.

This photograph is a late 19th century Japanese hand tinted photographic studio portrait. It is in the colonial office library photographic series CO 1069, and shows how images can be used as excellent sources for social history to show dress and artistic mediums of the time.

As well as our online activity, Diversity Week will feature two free talks, one by Stephen Bourne on the military and civilian wartime experiences of Afro-Caribbean men and women in the First World War, and one by Jill Liddington on the 1911 census boycott by various women’s suffrage groups, particularly focusing on the diversity of the suffrage supporters.

Hopefully the week’s events will give you a chance to learn something new about what we hold!