Like many of us who find ourselves working at The National Archives, I have a passion for both mysteries and social history. This is the story of how I solved a family mystery of my own – of who really was my estranged great-grandfather? – with a little help from some historical documents. 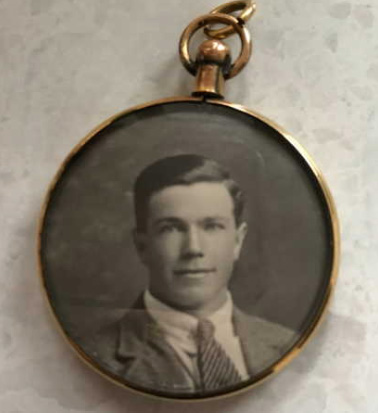 I began my investigation armed with a few random facts that had been passed down through the years. I knew that his name was Robert John Davidson; that he had been married with children to a lady named Catherine; that he was an excellent horse rider; that he had served in the Great War with the Lovat’s Scouts regiment; and that he was buried on the Rothiemurchus estate in Scotland. Finally, perhaps less appealingly, there was the rumour that he had been seeing another woman at the same time as my great-grandmother!

Adding these characters to the family tree on Ancestry.co.uk produced no leads, most likely because all of the dates were missing. Guesses based on the ages of my other great-grandparents proved fruitless, and it appeared I had hit a brick wall before I had even begun.

My luck was to change, however, when I went to visit a friend in Aviemore, who had just taken on a new job with the Rothiemurchus estate. Thankfully she was not averse to spending a day off scouring her place of work for a hard-to-find church, and better yet was the fact that we located Robert’s grave within ten minutes of finding the church’s graveyard. 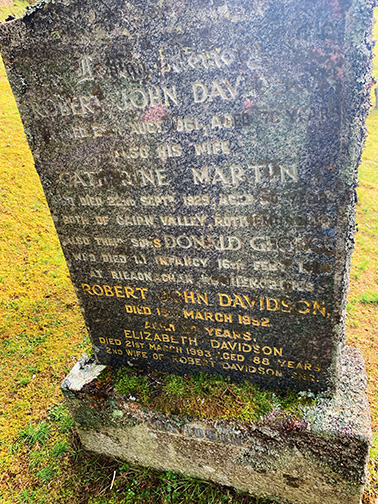 Robert’s headstone in the graveyard on the Rothiemurchus estate

The headstone provided the full death dates and ages of both him and his wife. Also, surprisingly, two of their children, and a second wife that we didn’t know about. This was extremely useful for corroborating that this was the correct Robert Davidson (always important). I made a note of all the information and fed it back into Ancestry on our return.

This time a veritable wealth of information was forthcoming! Noticeable straight away was that Robert had been a good decade older than all of my other great-grandparents, meaning my guesses of his birth date at the start had been way off. Once the correct information was there, census data appeared immediately – bringing forward the actual day of the year he was born, and soon the identity of his own parents and siblings.

Perhaps most interesting for me, an enthusiastic student of 20th–century conflict, was the emergence of his war records. Appearing first on Ancestry.co.uk via The National Archives collection, I was able to confirm his membership of the 1st Lovat Scouts regiment from 1909 – initially in the form of the Territorial Force. 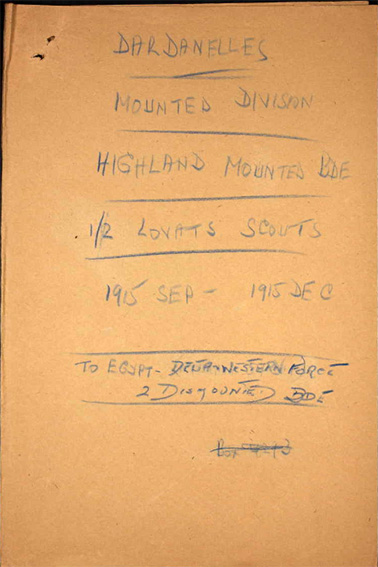 Twenty-plus pages of records sprang up, showing that he had begun the war at Gallipoli, and moved on first to Salonika and then the Western Front, making the rank of Staff Sergeant Major by 1918. The records also showed that he had continued to sign up to the then re-styled Territorial Army every year afterward for a decade. Furthermore, it accidentally confirmed the theory that he had been a keen horse rider – as the Lovat Scouts were a mounted regiment.

Something I had not expected to learn from army papers, however, was further illumination of Robert’s immediate family. Cited in the ‘living dependents’ section was a full list of children, including their dates of birth. I was surprised to find that my grandfather had had seven half-siblings, all notably older than him, the eldest being 26 and the youngest 11 in the year of Robert’s birth.

At this point I had gone as far as the Ancestry website could take me. It was time to start cross-referencing the data I had found with data available elsewhere.

The website ScotlandsPeople.gov.uk was an excellent help at this point, as holder of all Scottish census results, as well as birth, marriage and death certificates. I ascertained from here the full name of wife number two and that they had been married in 1931. This was just two years after the premature death of first wife Catherine.

This shed light on certain interesting circumstances surrounding the nature of my great-grandfather’s personal life. Namely that my granddad was born in February 1932. This was roughly three years after Robert’s first wife died, and the year following his marriage to wife number two.

This was a somewhat confusing discovery that seemed to substantiate the two-timing rumour that had been in the family for decades! It also went some way to discovering why he had never shown any interest in his youngest son.

Less controversially, ScotlandsPeople.gov.uk also enabled me to find out the dates and locations of my grandfather’s half-siblings’ marriages. Knowing where they came from made it easy to locate the correct records, and add the information to the tree on Ancestry. The records here were excellent, and allowed me to work my way easily down to the current generation.

The final site I used was ForcesWarRecords.co.uk. I already knew Robert’s regiment and service number, so I only needed to select ‘World War One’ to narrow results. This brought up the medals he had been entitled to, as well as his accession through the ranks and mention in the London Gazette.

In order to flesh out these findings, I followed up with the ‘Help with your research’ section on The National Archives website. Here I dipped into WW1 War Diaries, which allows you to search for your ancestor’s regiment/company and read about what life was like for them on a daily basis. Soldiers are rarely mentioned by name, but you do learn a lot about what general life was like for them.

Books to help solve your own family mysteries

If you’re fed up with websites then there are plenty of very comprehensive books on researching family history available. In my case, Tracing Your Scottish Ancestors would also have been an excellent place to start. This series is available for all the areas of the UK, and will help you track down and make sense of your regional archives.

All books available from The National Archives bookshop

There are also numerous publications with a focus on military ancestors. It helps to know which area of the forces, and which regiment, they served in – but once you do there are all sorts of options available, such as My Ancestor was in the British Army, to help you sift through these specific records.

Finally, if you are just left with an old box of correspondence, photographs or random bits and bobs, and don’t know what to do next, then never fear! Titles like How to get the most from Family Pictures and How to Archive Family Keepsakes will advise on how you can keep and document your family treasures for years to come.

By the end of my investigation I had pretty much learned everything I could about Robert John Davidson, and what his life had been like. After all my efforts I had managed to confirm some statements, and created other questions in their wake, but that is often the way with good family history research!