The hocus pocus of witchcraft 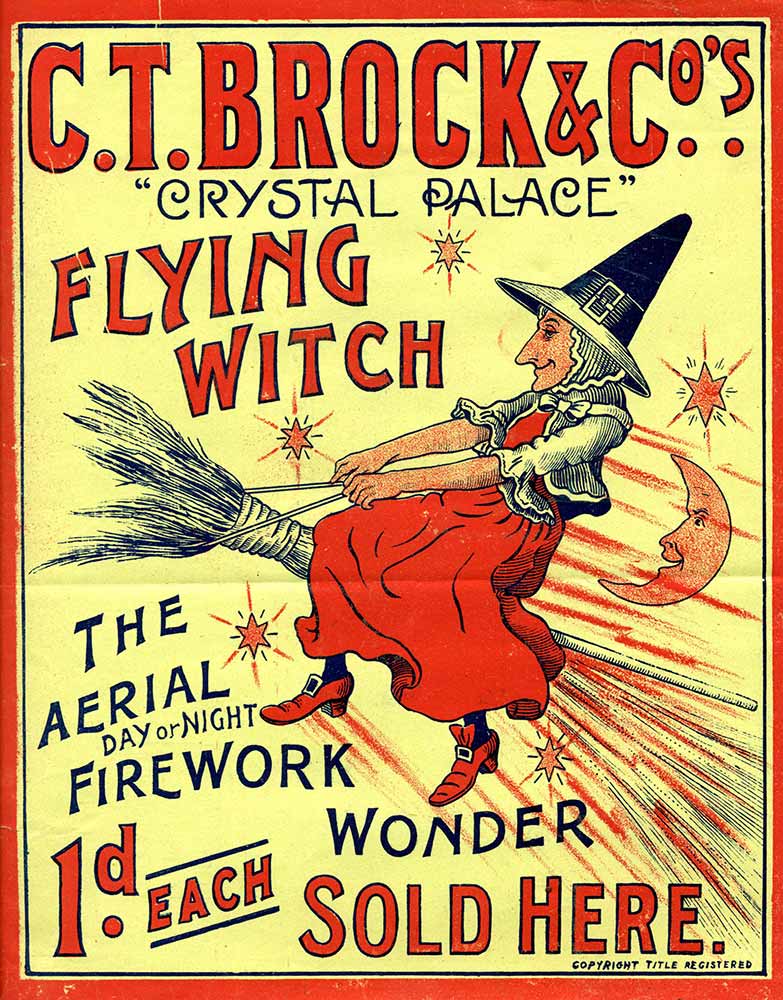 Witchcraft has existed in one form or another for centuries but was often considered evil (making pacts with the devil; engaging in practices such as flying, killing, and taming black cats and wolves to spy on people). Even Henry VIII was allegedly ‘seduced by Witchcraft’ (1536), referring to his marriage to Anne Boleyn.

It was chiefly in the time of the great plague when women used herbs and plants for medicinal cures, utilising common ingredients such as monkswood, hemlock and cannabis – which produced psychedelic, mind-altering visions of astral projection. It is hardly surprising that people thought witches could fly, and that this would bring accusations of witchcraft. Personally, I think Macbeth’s ‘eye of Newt and toe of frog’ was a safer recipe.

Old, poor, single women were hunted down as witches and condemned to death; Mary Bateman, The Yorkshire Witch, was one such example. She was a mastermind at preying on the psychological weaknesses of the desperate and poor in Leeds at the turn of the 19th century. Exploiting their fears and terror of witchcraft, she robbed her victims and caused much misery and poverty. Although she had been tried and convicted on a single murder charge, later to be hanged, she was also thought to be a serial killer! This book will keep you on your toes… if not your broomstick!

The book Accused gives a captivating history of witchcraft with an in-depth exploration of some of the most fascinating and notorious women accused of being witches across the British Isles. From 14th century Ireland to 20th century Hampshire the book examines specific cases, using trial documents, contemporary pamphlets, church and census records. Eleven accused women are brought to life in their social and historical context, from a biographical approach that will take the reader back in time.

James I (1603-1625) was paranoid that his enemies would use witchcraft against him, so he wrote the ‘daemonlogie’, a sort of guide of how to find and kill a witch. This guide may have been used in 1645 by two men who began interrogating women suspected of witchcraft, triggering the most brutal witch-hunt in English history. This is explored in Witchfinders, a spellbinding study of how Matthew Hopkins, ‘the Witchfinder General’, and John Stearne campaigned across East Anglia after the civil war, exploiting the anxiety and lawlessness of the times. They extracted confessions of satanic pacts which resulted in scores of executions.

If you are like Agatha Christie, Tracy Borman’s Witches is a whodunnit in witchcraft. This book is set in the time of the European witch craze between the 15th and 18th centuries. It is a tale of superstition, the darkest limits of the human imagination and injustice. When one of England’s great noble families is wiped out by a mysterious illness, Borman reveals that the most powerful and Machiavellian figure of the Jacobean court had a vested interest in events. He would mastermind a conspiracy that has remained hidden behind a veil of witchcraft accusations for centuries.

The first Witch I came across (metaphorically speaking) was in the film The Wizard of Oz, followed by the white witch in Narnia. The fantasy characters of evil who entertain us in film and book are summed up very nicely in Witchcraft and Magic. It is a richly illustrated history, providing a fresh approach to the story of witchcraft and magic from the dawn of writing in the ancient world to the globally successful Harry Potter films. The authors explore a wide range of magical beliefs and practices, the rise of the witch trials and the depiction of the devil-worshiping witch. The book also focuses on the more recent history of witchcraft and magic.