Today has seen the joint release of Cabinet Office files predominantly from 1991(CAB and PREM) with some previously retained files from Margaret Thatcher’s time as Prime Minister, and files from the Foreign and Commonwealth Office.

CAB and PREM files cover all the main events of the period, such as the Gulf War, the introduction of a council tax, the parole position of Myra Hindley and Ian Brady, and the Lockerbie bombing. Foreign and Commonwealth Office files span a wide range of regions and topics, from Europe to Australia, via the Middle East and the Office of the Governor of Spandau Prison.

We’re taking a different angle and looking at the culinary episodes found in some of the files: prison table manners in Spandau, haute cuisine in Kuwait during the siege, and the (wine) cases of Mr Marples.

The series FCO 161 contains files concerning the incarceration of Rudolf Hess in Spandau Allied Prison and the administration of that establishment from the end of the Second World War until its closure and demolition in 1987.

Spandau was one of a small number of Four Power organisations within Germany and was run on a month-long rotation, with administration switching between the British, French, American and Soviet military governments. Situated in Berlin, which sat within the Soviet zone but was itself divided, it housed the Nazi war criminals sentenced to imprisonment at the Nuremberg Trials. 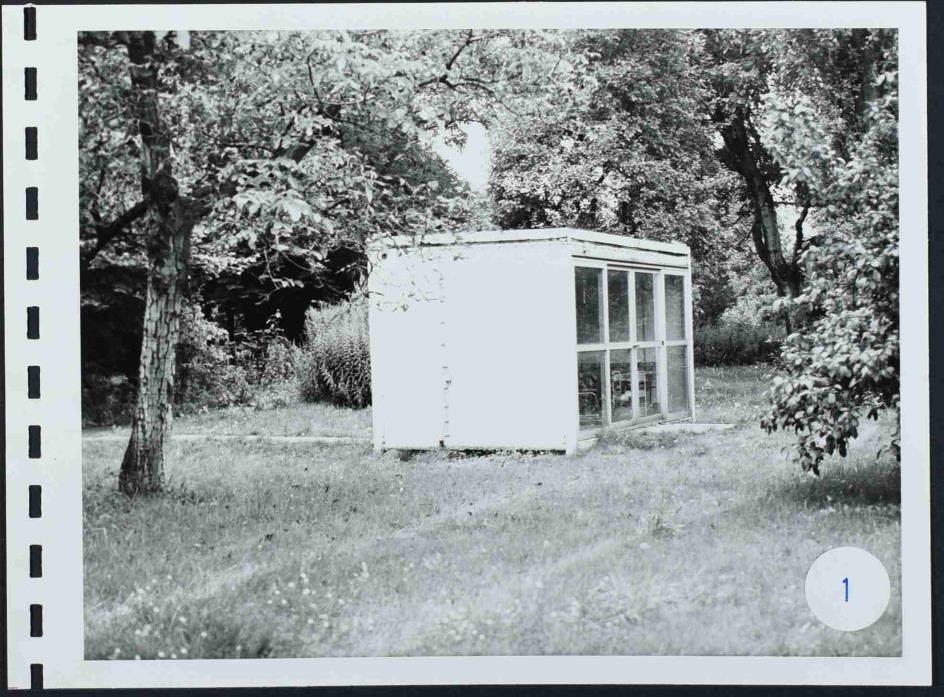 The summer house in which Hess was found dead (catalogue reference: FCO 161/8)

As well as details concerning the running of the establishment and the sometimes strained relationships between the Four Powers, there are details concerning prison life. The printed rules for prisoners, which appear rather draconian to modern eyes, promised ‘food of the same calorific value as normal German prison fare’ and that extra would only be administered if prescribed by the medical officer on duty. To breach these rules meant facing the expansive list of punishments (FCO 161/6).

Nonetheless, Hess was reprimanded for food-based offences on three occasions between entering the prison in 1947 and December 1959 – once for refusing to eat, but twice for concealing food and snacking outside of the allotted time. For doing so in the first instance he was confined to his cell for 10 days, while the second time he was deprived of books for 15 days (FCO 161/1).

Perhaps most unusual of all, however, are the details provided by the medical officer Captain Charles J Roska prior to Hess’ transfer to Spandau following his trial. On top of his ‘paranoid and grandiose ideas’ and his tendency to be somewhat arrogant and hostile, Roska noted Hess’ various eccentricities ‘such as lying on the floor when eating’(FCO 161/1).

Newly released PREM 19/3086 contains correspondence relating to the Gulf War, and more particularly the situation of British and foreign nationals in Kuwait City after the Iraqi invasion of August 1990.

Shortly after his troops captured Kuwait City, Saddam Hussein ordered all diplomatic missions to close and move to Baghdad with their respective communities by 24 August. When they failed to comply, the embassies were besieged, and foreign nationals went into hiding to avoid being rounded up.

On 1 November 1990, Ron Sargeant, a British citizen who had been in hiding for a while, managed to place a phone call. The situation, he said, was dire. He was only holding up thanks to the generosity and bravery of members of the Kuwaiti Resistance, and was convinced that ‘the British Community could not last for much longer’. Sargeant was ‘clearly under a great deal of strain and broke down twice during the conversation’; he also pointed out that the conditions people like him had to endure were much worse than those experienced at the embassy.

At the British Embassy, the situation wasn’t brilliant. By November 1990, they had been under siege for two months, and supplies were running low. On 3 November 1990, the ambassador, Michael Weston, sent a message to the Residency in Abu Dhabi, apparently in reply to a question raised by the News Department of the Foreign and Commonwealth Office.

In a telegram entitled ‘Haute cuisine’, Weston described his diet in a way which reflects either a very stiff upper lip or a very dry and sarcastic sense of humour. Or both.

‘There is little quote haute unquote about my cuisine,’ he deplored. Yet, under the circumstances, and given the low level of supplies, he and his staff managed remarkably well. They had a rather boring diet of ‘rice and pasta alternately’, but flavoured it up with ‘a lot of spices, mostly taken from the servants’ quarters’.

Eating their way through their stock of tins, they did manage to conjure up an interesting range of dishes. ‘Curried tuna’ and ‘tuna lasagna’ were popular items on the menu – ‘curried frankfurter’ less so.

The consul, Larry Banks, was a keen gardener, and had grown cucumbers and watermelons, which they were all looking forward to eating and described as ‘the first fresh food we have had for two months’.

‘I am sorry I cannot send a more imaginative reply’, Weston concluded (even though ‘crab in cheese sauce, with flaked almonds’ sounds creative enough).

The British embassy was one of the few diplomatic missions which remained open throughout the crisis, providing advice and support to the British community – and giving Michael Weston a chance to perfect his chickpea-based white sauces and ‘sausage chasseur’!

The (wine) cases of Mr Marples

Between 1959 and 1964 Ernest Marples MP was Minister for Transport in Harold Macmillan’s and Alec Douglas-Home’s Conservative governments..

CAB 301/187 highlights the lack of attention paid to Marples’ (and his wife’s) attempts to bring fine French food and wine to Britain’s tables – and the conflict of interest headaches this gave Cabinet Secretary Burke Trend.

The saga began in 1960, recorded in a ‘note for the record’ which Trend intended to present to the Prime Minister. Marples and his wife, it seemed, were doing rather well financially from their interests outside government, and had been advised by their accountant to put the cash into a new business venture.

They wished to combine business with their hobbies. The Marples owned a vineyard in France and were confirmed gourmands. Trend relates that Marples wished ‘to open an exclusive restaurant which would specialise in serving some of the Spécialités de Maison [sic] of the most famous restaurants in France.’

The Marples collected these recipes as a pastime and seemed convinced that they could reproduce them in London using ‘the modern methods of kitchen management as practised by Joseph Lyons’.

This caused some concern on Trend and others in the government’s part. Not because they doubted the couple’s good taste or culinary skill, but because it might appear improper and frivolous for a Cabinet Minister to be seen opening a restaurant guaranteed to cause ‘quite a splash’ instead of focusing on his principle duties.

Thankfully, it seemed that Marples did not intend to open his restaurant. However, in 1964 the Cabinet Office found that Marples’ French food was repeating on them. The Sunday Express newspaper speculated that Marples was making ready for a Labour victory in that year’s election, reporting that Marples and his wife had been speaking to Lyonnaise master chef M Paul Bocuse about their plans to open a London gourmet restaurant called Le Beaujolais.

Again, Trend raised his concerns and again questions of Ministerial propriety persuaded Marples to call ‘his people’ off the project.