Hack off, Hack on 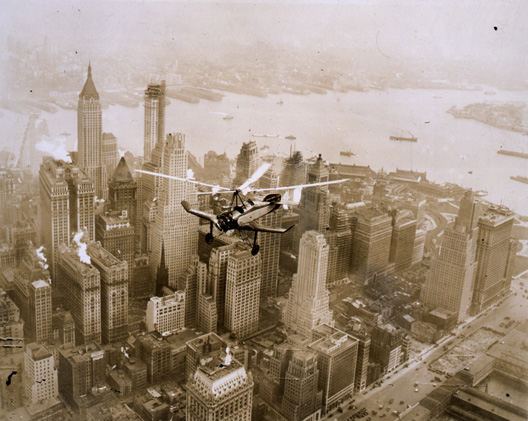 Let's imagine the future. (I know this isn't Kew. You'll have to work with me.)

So this week Dave Winer called hack days “nonsense”. No. Wait. Don’t leave. This is relevant to this blog for two reasons: firstly because The National Archives is running one next month and second because of who Dave Winer is.

His name might not be immediately familiar to you but it’s fitting that he should be mentioned in the first few days of this blog’s life because just as Al Gore invented the internet and the Earl of Sandwich invented lunch, Winer has had a direct impact on something I know for a fact that you are doing right now. You are reading this blog. And Winer was one of the key figures behind the invention of RSS and he was one of the first bloggers.

Blogs are underpinned by RSS feeds. This one’s feed lives here and it’s designed to allow very straightforward content sharing – hence its name which stands for Really Simple Syndication. It allows content to be moved around very easily and you see the distinctive little orange squares all over the web.

Unlike John Montagu, 4th Earl of Sandwich, who doesn’t get up to much these days, Winer is still a prolific writer online and it’s right we should take his comments on hack days seriously especially since there are bound to be at least a few people reading this and wondering what on earth I’m talking about.

Essentially, next month, we’re going to fill the Archives with hackers. Not the kind who try to break into the Pentagon, obviously, but the kind who build interesting things with data. Winer likens this process to cooking or shooting a film. And he’s absolutely right.

This is a film made at History Hackday showing a history of the world in 100 seconds. It’s curiously beautiful (and best watched while playing some Richard Strauss) and what underpins it is the time and place data from thousands of Wikipedia articles. You might predict that (English) Wikipedia remains very focused on the developed West but this visualisation demonstrates it, very clearly and simply.

Another terrific example of the power of visualising data (not produced at a hack day but indubitably a hack) is BBC Dimensions  which gives an idea of a given space (say, the blast radius of a WWII German SC500 bomb) centred on a postcode of your choice. It gives a bracing immediacy to a unit of measurement, anyway.

But if software really is like a Nigella recipe, then a hack day is more like a witch’s kitchen. It’s about cooking things up and trying them out. You might build a tool to examine the tastes of New York through the collection of menus at the New York Public Library. Or you might have a crack at building something to allow them to be crowdsourced in the first place. (Oh wait. They did that. You should have a go.) Or you might end up with a collapsed souffle of Javascript which doesn’t do very much at all.

My favourite system based on National Archives data is Old Weather, the huge Citizen Science project to use early 20th century ships’ logs to improve 21st century climate models. If you were to visit Kew and look at one of these documents, you would not necessarily be immediately spellbound. They contain very basic information about the ship’s position, wind speed and direction and so on. They are strictly practical documents. But Old Weather’s design is fantastically engaging (in fact it’s dangerously addictive – think carefully before signing up) and so far volunteers have worked their way through over 875,000 logbook pages and produced extremely interesting results combining historical and scientific information.

It’s very, very far from the sort of thing you would build in a weekend. But if someone just had an idea that good in the course of our event, I would be very happy indeed.

The joy of hackdays is not the finished software, it is the ideas. I can’t wait to come back next month and tell you what we discovered.