Set cookie preferences
Home > Blog > ‘The grandmother of us all’: the spy who recruited Philby?

‘The grandmother of us all’: the spy who recruited Philby?

The latest batch of MI5 files have been released at The National Archives this morning. As always they contain a fascinating new glimpse into the murky world of Second World War and Cold War espionage and provide extraordinary insights into some of the most famous of all spies.

The activities of Kim Philby, arguably the most important Soviet spy of the Cold War, are comparatively well known, but there has always been a mystery surrounding his recruitment. The files released on the relatively unassuming figure of Edith Tudor-Hart (KV 2/4091–4093) go a long way to solving this. Born in Austria as Edith Suschitzky, she was associated with left wing movements from early on in her life and married the British doctor Alexander Tudor-Hart, both becoming members of the Communist Party of Great Britain. Edith was close friends with Litzi Friedmann, who would become Philby’s first wife and MI5 believed that it was through this connection that Tudor Hart came to know Philby in Vienna in the early 1930s. There is strong evidence to suggest that it was Tudor-Hart who first introduced Philby to Arnold Deutsch, the Soviet agent who was to initially run Philby and the other spies in the Cambridge Five ring. As such one source told MI5 that she was ‘the grandmother of us all’. 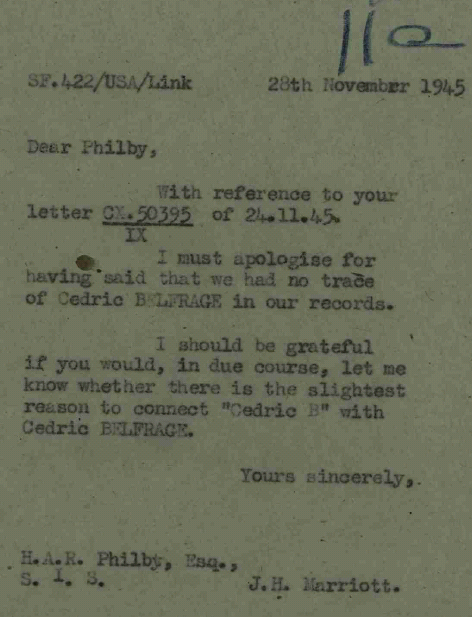 Whilst Philby’s activities are very well known the newly released files also give information on another spy the Soviets considered to be almost as important. Cedric Belfrage (KV 2/4004–4012) lacks the notoriety of the Cambridge Five, but was revealed by Russian archival material to have been a very important Soviet agent during the Second World War. Early in the war Belfrage worked for British Security Coordination in New York, a position that gave him access to much high level intelligence from both British and American sources, and he later moved to the Psychological Warfare Division of SHAEF (Supreme Headquarters Allied Expeditionary Force).

The newly released files reveal that Belfrage came under suspicion following an FBI investigation into his handler Jacob Golos and the defector codenamed ‘Speed’. This indicated that Belfrage had passed intelligence, including information on British spy craft and sensitive documents on Vichy France, to the Soviets. Belfrage admitted this but claimed he was using low level intelligence to infiltrate Soviet networks. Belfrage was never tried, but appeared before the Un-American Activities Committee and gained considerable notoriety in the contemporary media as a leading left wing figure. He was deported from the US in 1955 on the grounds that he had been a member of the US Communist Party. From the file it appears that MI5 never realised how important an agent Belfrage had been for the Soviets, something that perhaps accounts for his relative anonymity. 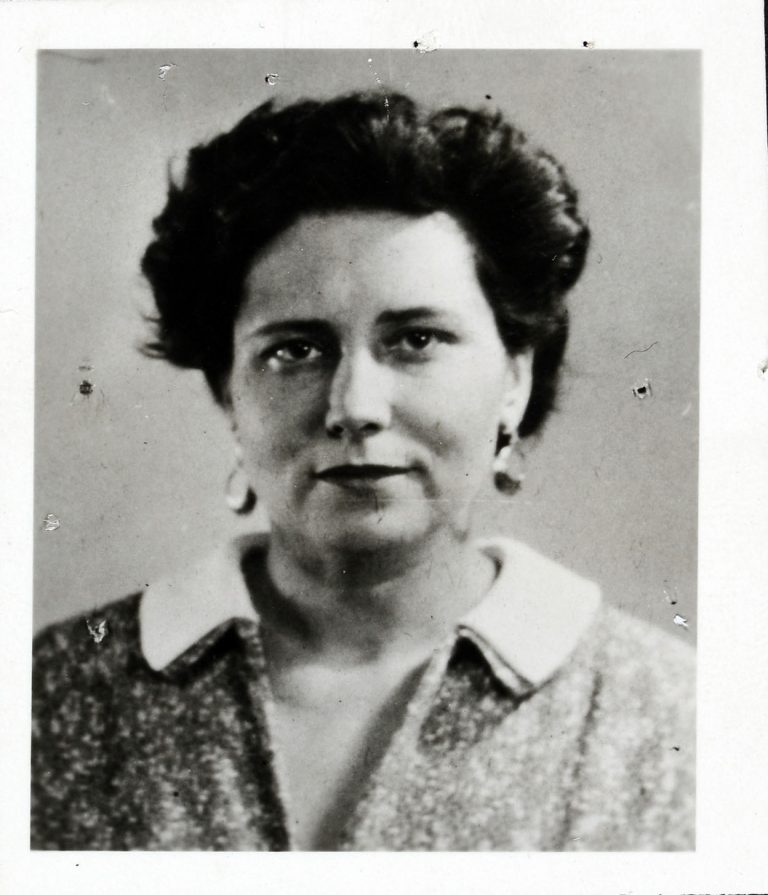 An undated photograph of Doris Lessing who was a member of the Communist Party of Great Britain until 1956 and was the drama critic for the Daily Worker in 1954 (catalogue reference: KV 2/4058)

The new releases also contain files on other well known figures, most notably the author and Nobel Laureate Doris Lessing (KV 2/4054–4058). Lessing, who grew up in southern Africa, came to the attention of the Security Services due to her association with left wing groups during the Second World War. Following her move to Britain in 1949 she became a member of the Communist Party of Great Britain and was active on a range of issues, particularly dealing with decolonisation and race relations in Africa. The files show how Lessing split permanently with the Communist Party following the Soviet invasion of Hungary in 1956, but retained her left wing views and stance on colonial issues.

As with all the releases these files also reveal MI5’s interest in some of the more unusual members of society, none more so than Geoffrey Potocki de Montalk (KV 6/129–133). The New Zealand born Potocki was the son of Polish émigré parents, and following his uncle’s death he styled himself as Count Potocki. He held extreme right wing views and was associated with William Joyce (Lord Haw-Haw) and organisations such as the National Socialist League in the 1930s. This continued following the outbreak of war, and Potocki held a party to celebrate Hitler’s birthday in 1940. The Security Service’s main interest concerned Potocki’s publications, including a pamphlet called the ‘Right Review’. As the years passed Potocki grew ever more eccentric claiming to be the rightful King of Poland, and at various stages a worshipper of Apollo and High Priest of the Sun. 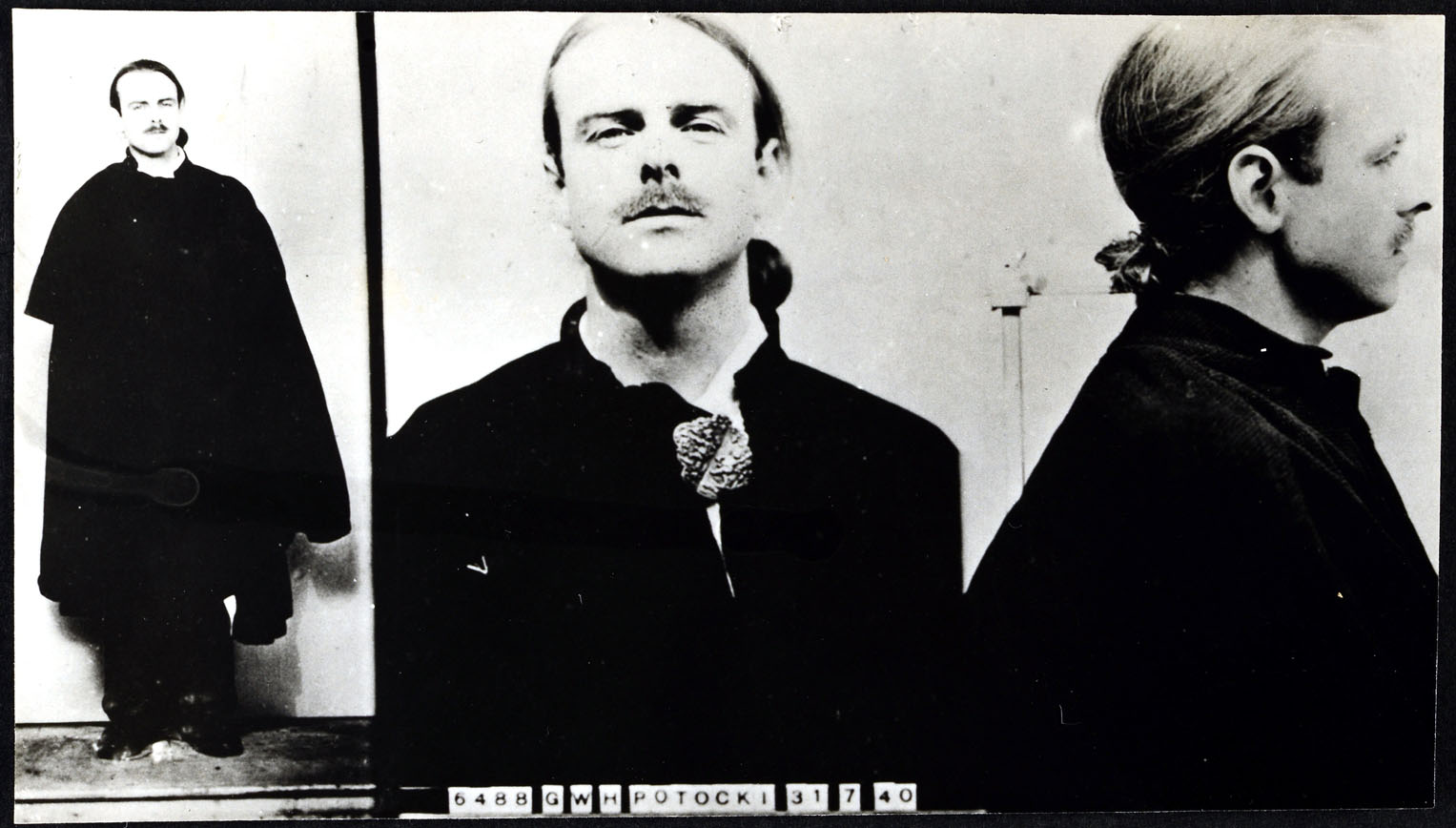 These files along with a number of others released today are all available to view here at The National Archives, and a selection have been digitised to enable readers from around the world to access them.