Historical documents are precious items, but their existence can be precarious. This was emphasised to me when an archival surprise radically altered the scope of a project that began as a Master’s thesis and resulted in my book ‘Glubb Pasha and the Arab Legion: Britain, Jordan, and the End of Empire in the Middle East’ (Cambridge University Press, 2017).

My original intention was to examine the causes and consequences of King Hussein’s dismissal of British officer Glubb Pasha from his role as commander of the Jordanian army – the British-financed Arab Legion – on 1 March 1956. 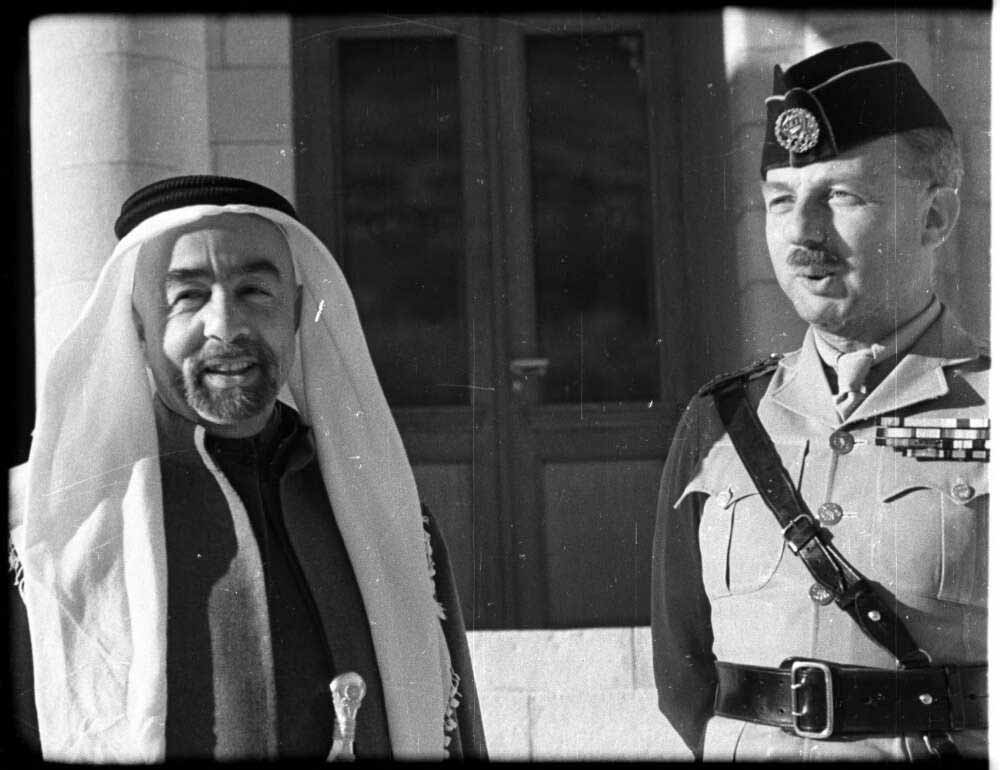 To that end I sought out Glubb’s private papers at the Middle East Centre Archive at St Antony’s College, Oxford, where 14 boxes of material, pre-selected by Glubb, were deposited after his death in 1986. Given the paucity of references to this collection in the secondary literature, I travelled more in hope than expectation. But my hope was richly rewarded, as a major new accession of Glubb’s papers – more than 100 boxes – had recently been deposited. 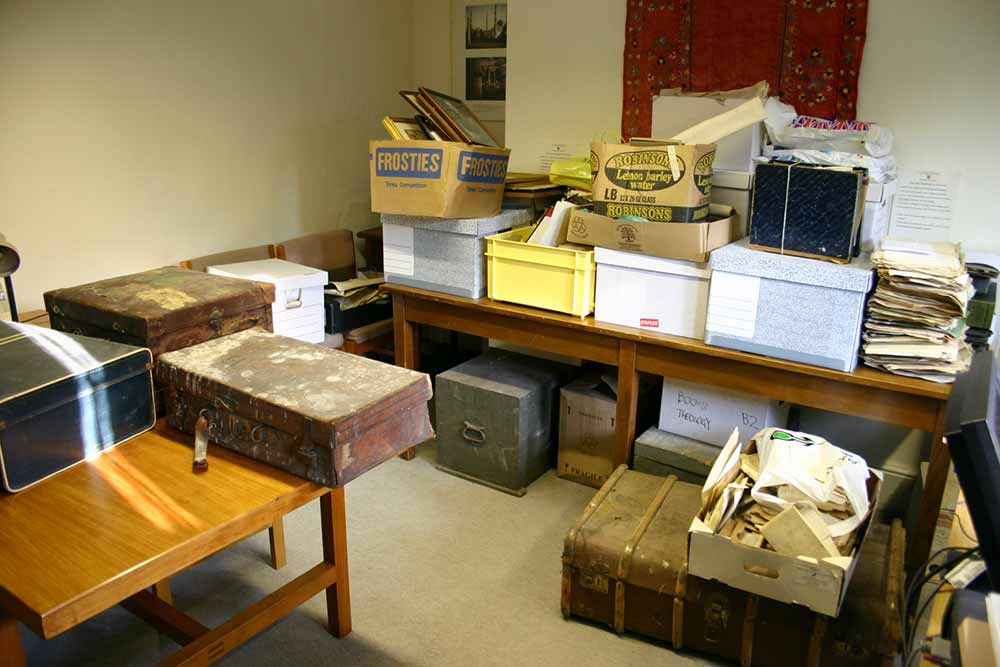 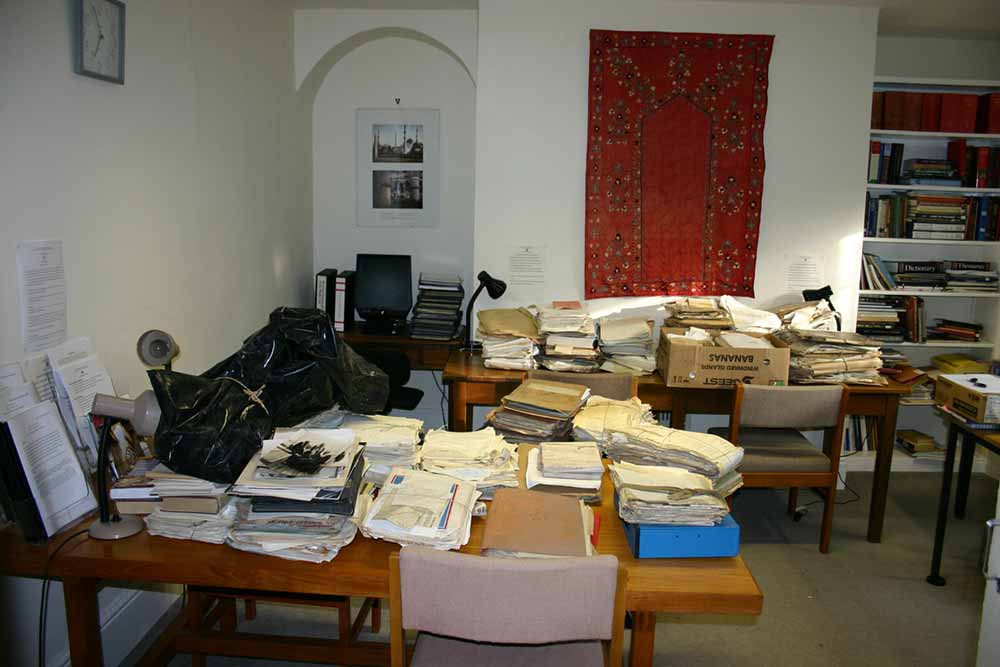 When the Glubb family home was cleared after the death of Glubb’s widow in 2006, the archive was invited to salvage anything destined for the skip. They returned with a van full of documents – every piece of paper, from every nook and cranny – that would otherwise have been lost to history. 1

I had the privilege of being the first researcher to sift through this material. It was available to me in the state that it had been salvaged. No catalogue. Just a brief list of what each box might contain. My week at the archive was therefore inadequate to identify relevant documents within this giant haystack.

I had seen enough, though, to realise that this was a treasure-trove of data that could tell a much bigger story. I therefore designed a larger project to explore Glubb’s relationship with two key issues: the origins of the Arab-Israeli conflict and the decline of Britain’s empire in the Middle East.

When I began this new project I had to wait for access to the Glubb collection, while it was re-housed into more appropriate archival storage boxes.

In the meantime I turned my attention to The National Archives where I encountered a paper trail detailing the provenance of Glubb’s papers. This piqued my interest and revealed further evidence of the collection’s precarious existence.

When Glubb was dismissed from Jordan, the king gave him just two hours to leave the country. But Glubb refused to go at such short notice and it was agreed he could leave at 7am the following morning.

What I discovered at The National Archives was that this brief period of respite proved crucial to the destiny of these documents. Before Glubb departed Jordan, he and the British Ambassador discussed arrangements ‘for the disposal of various secret documents and other material which it would be embarrassing to leave in the possession of Jordanians’. Glubb was instructed to transfer his papers to the British Embassy, from where they would be forwarded to him in Britain, and to destroy any ‘compromising’ documents that he could not salvage. 2 The Arab Legion officer who superintended the packing of Glubb’s belongings confirmed that practically all of Glubb’s papers made it to the Embassy, ‘though one box of papers was removed by the Arabs’. 3 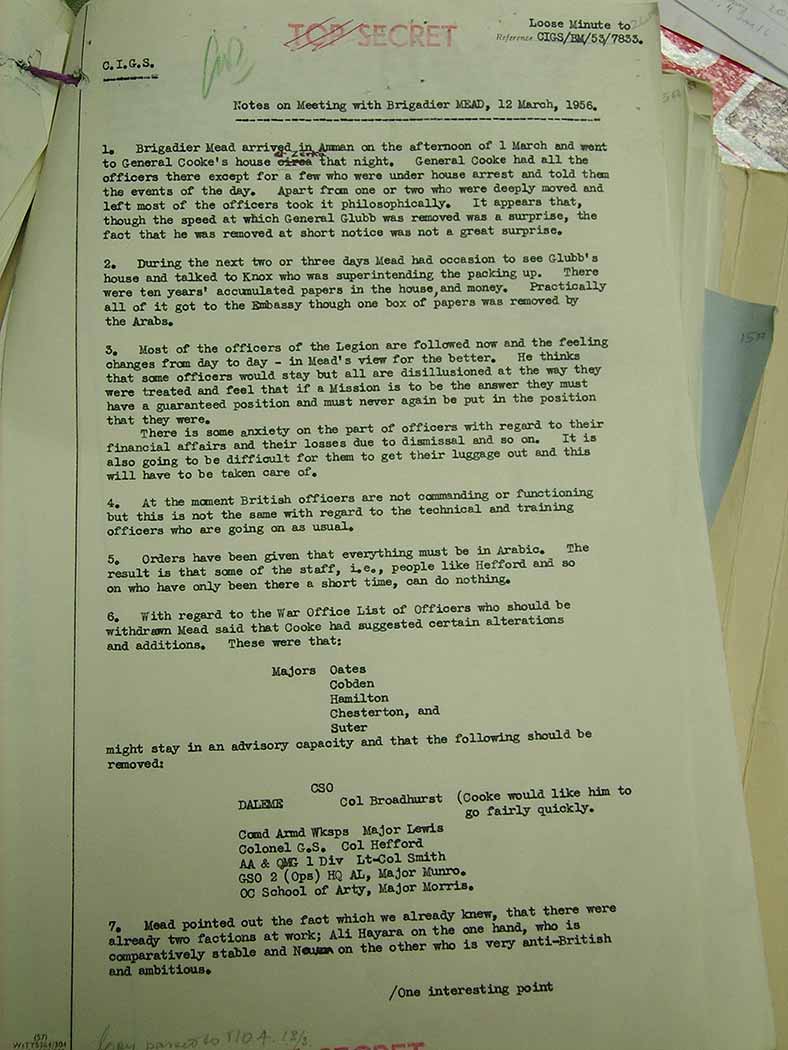 Confirmation that Glubb’s papers were despatched to the British Embassy, March 1956 (catalogue reference: WO 216/912)

The Royal Hashemite Archives where this material would have been stored, had it been left in Jordan, are not freely accessible to researchers. Thus, while the possible destruction of some documents is regrettable, the fact that Glubb had time to send his papers to the British Embassy was crucial to their emergence 50 years later – and their accessibility for my research.

The recorded provenance of this collection emphasised its likely significance and enhanced my eagerness to unlock its secrets. Despite being rehoused, it remained uncatalogued. I therefore spent over a year meticulously trawling through each document – every Christmas card, every newspaper cutting. My reward was the discovery of military plans, political correspondence, diary-like notes and a plethora of other pertinent documents, scattered among Glubb’s vast hoard of papers.

In return for this privileged access, I had the pleasure of discarding hundreds of rusty metal paperclips – which posed a threat to the conservation of this material – replacing them with corrosion-free plastic ones. Having reaped the fruits of the documents that had survived Glubb’s dismissal from Jordan in 1956 and the clearance of his family home 50 years later, this was my meagre contribution to their continued preservation. It was the least I could do.