A glimpse into mental health history

After a week of interesting events I am here to wrap up Diversity week with a final blog post. The work promoting the diversity of our collections goes on all year round, from our records specialists to our outreach and education department. To find out more about this, read my first blog post.

For this post I wanted to highlight the rich sources we hold on the history of mental health, through one particular case – the belongings of Mary Smith. When Mary Smith died in 1810 the Court of Chancery took in her private papers and effects as part of the case. Very little is known about Mary, however it is noted that she once lived in Christ’s Hospital in London, and on the top of the jewellery box there is also the inscription, ‘Re: Mary Smith a lunatic’.

Most significantly, her effects contained a captivating jewellery box full of other items. Despite the lack of other information about Mary the items in the chest provide an insight into her life we would not have otherwise had.

Contents of the jewellery box of Mary Smith, described as a ‘lunatic’.

Objects such as these went through the Court of Chancery who were responsible for deciding who should have control of the estate of a person classed as insane. As part of the evidence in these cases exhibits could be presented, such as in the case of Mary Smith.

The series this box comes from, C 114, consists entirely of unclaimed items. Many of the papers were eventually returned to their owners, but in the case of the unclaimed, such as Mary Smith’s, the courts kept the items. These remaining items provide a wonderful insight into the social history of the time. While many of the items take a more predictable form, such as private papers, diaries and accounts, there are clearly other more unique things to be discovered. Further information regarding Chancery Masters’ reports and exhibits can be found in our research guidance.

The Courts of Chancery often became involved in cases of determining lunacy when there was a certain amount of money or property involved. Therefore chancery proceedings often include detailed attempts to establish an individual’s state of mind for the purposes of administering their property, such as in the series C 211.

The contents of the chest are magical. The items are all stored in protective packages that are a delight to unravel as you discover each individual item. The items include hat pins and buckles, silver spoons and coins. All of the items give a small idea of what the life of Mary Smith may have been like.

Amongst the other affects are three miniature portraits, two of which are detailed below. 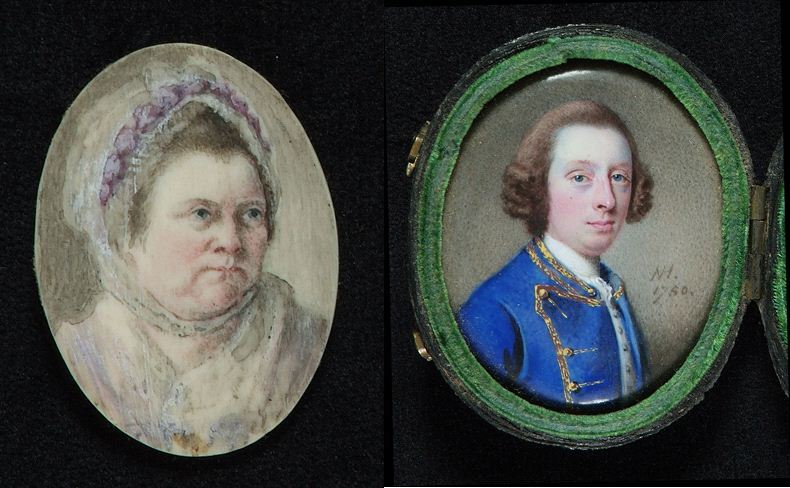 It is always frustrating to not know more about an individual, however the mystery around an individual’s life can be appealing in itself. Mary Smith’s story may have been lost but her possessions speak for her in her absence.

Last year’s Files on Film competition asked people to submit short films in response to our collections. One of the items used to inspire these creative responses was this jewellery box. The interpretations are a wonderful way to imagine more about Mary in light of how little we know. These films were LAPSE by Gabriel Greenough, Memory by ThePhoenixAllstars and A letter to Mary by Zoe Rixon.

This is one example of a record we hold relating to an individual claimed to be mentally ill, however there are many other records that can be explored. The records of lunatic asylums are not centralised, but while records of lunatic asylums may be held locally, many are also held at The National Archives. Through records such as admission papers individuals can sometimes be traced. Here we hold some registers relating to patients at private asylums, strong correspondence collections on pauper lunatics and records of naval asylums. More research guidance can be found in our guide on Mental health.

Aside from admissions papers we also hold papers relating to the administration of the asylum systems. To find out more about specific cases you can listen to Sarah Wise’s talk ‘Inconvenient people and how to find them: Tales from the Victorian lunacy panics’ on our Archives Media Player.

We have lots of exciting projects planed so stay tuned for more diverse histories events. Over the next two months we have Neil McKenna presenting his talk Fanny & Stella: the young men who shocked Victorian England, a LGBTQ Zine workshop, a First World War women’s prose and poetry performance from Ruth Sillers, and a women’s military history webinar.