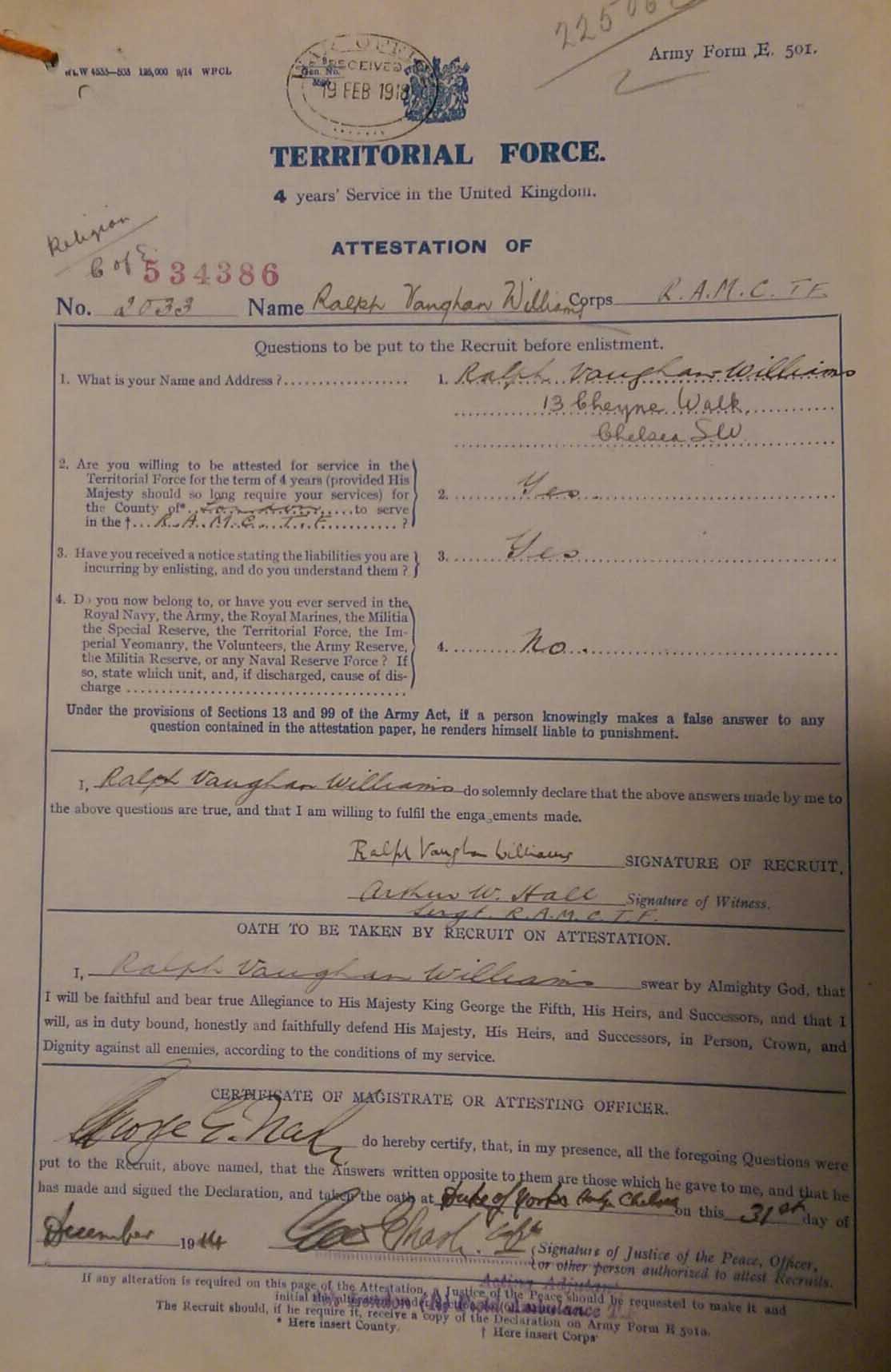 This day in 1916 saw the Somme campaign rumble on with the Battle of the Ancre Heights, seeing fresh assaults on the notorious Schwaben Redoubt near Thiepval. These infamously bloody battles naturally draw our attention to those who served. The National Archives holds a variety of personnel records for these soldiers and officers, but it is one series in particular that interests us in this blog: the officers’ files in WO 374.

For a number of reasons the contents of these officers’ personal files survived the bombing of the Army Records Centre at Arnside Street in 1940, an event which claimed two-thirds of the other ranks’ documents. They now form two discrete series within The National Archives’ collections – WO 339 and WO 374. The former, made up of professional, pre-war officers and those appointed to emergency reserve commissions, was fully re-catalogued by a group of volunteers from the Friends of The National Archives in 2014. At the end of August this year, this group completed the same task for the records of the Territorial and temporary officers in WO 374, and these descriptions are now fully live on Discovery. In this blog Pete Helmore, who headed up the volunteers, and Eileen Wicks, one of the team, talk about the project and some of the files. 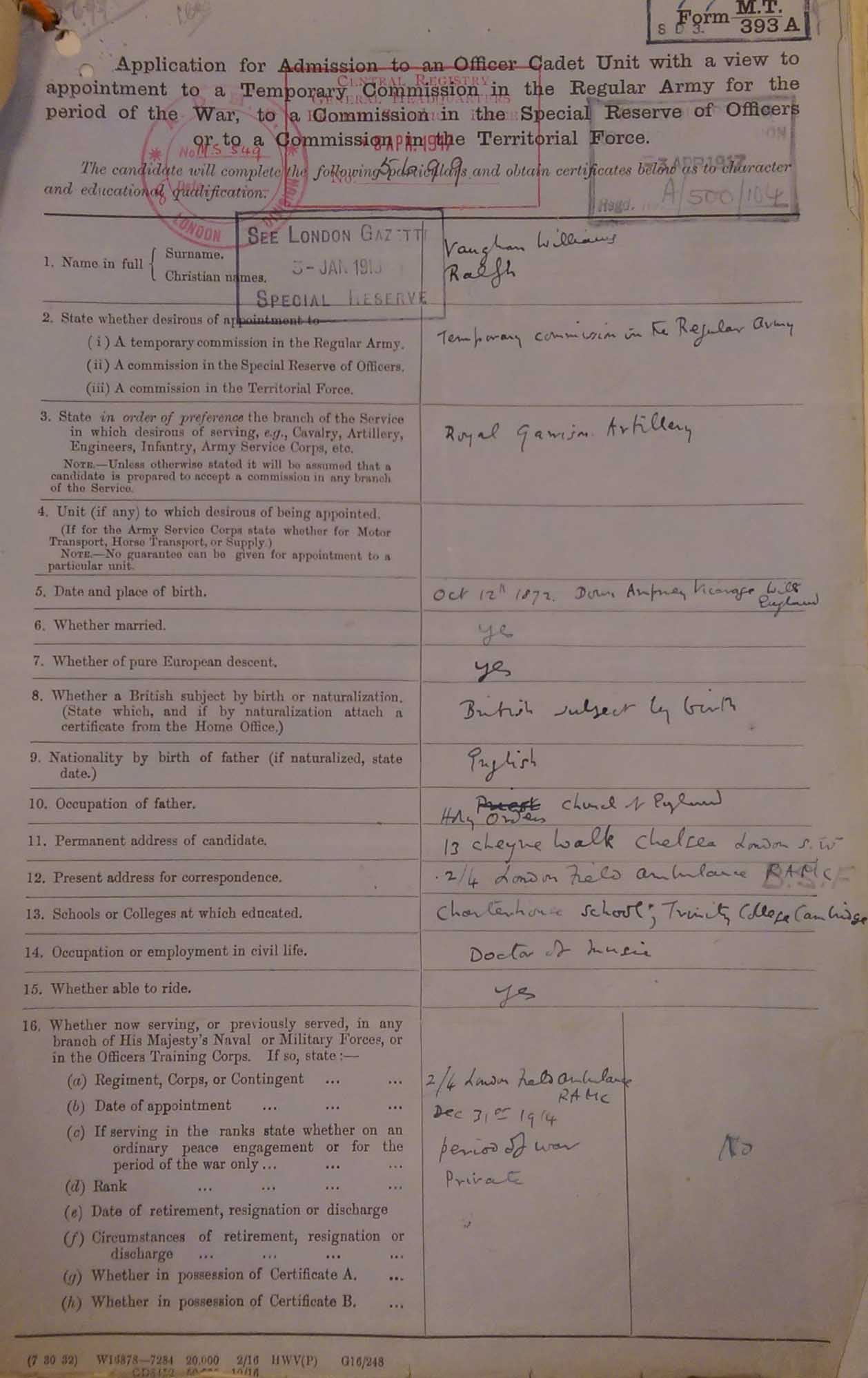 This series contains the papers of 77,833 First World War officers who, before this project, could only be searched for using initials and surnames. The work completed by the volunteer team now means readers know that the files they are ordering belong to the correct officer, as forenames, parent unit and rank have been recorded. Not only will this be a benefit to researchers, it will save time and costs in document production. More importantly still, it will prevent unnecessary wear and tear on the original documents.

Famous names in WO 374 include the composer Ralph Vaughan-Williams; author, archaeologist and one of the architects of the Arab Revolt, T. E. Lawrence; actor Leo Grattan Carroll who appeared in a number of Hitchcock films and The Man from U.N.C.L.E; star of stage and film, Basil Rathbone, best known for his appearances as Sherlock Holmes; politician, traveller and one of the authors of the Sykes-Picot Agreement, Sir Mark Sykes; and war artist John Northcote Nash. You will also find the fathers of Poet W. H. Auden (George Augustus Auden), actor David Niven (William Edward Graham Niven) and politician Tony Benn (William Wedgwood Benn) in the collection. Gallantry award winners are also present, including the Victoria Cross recipients Albert Ball, William Eagleson Gordon, Alexander Malins Lafone and Charles Allix Lavington Yate. 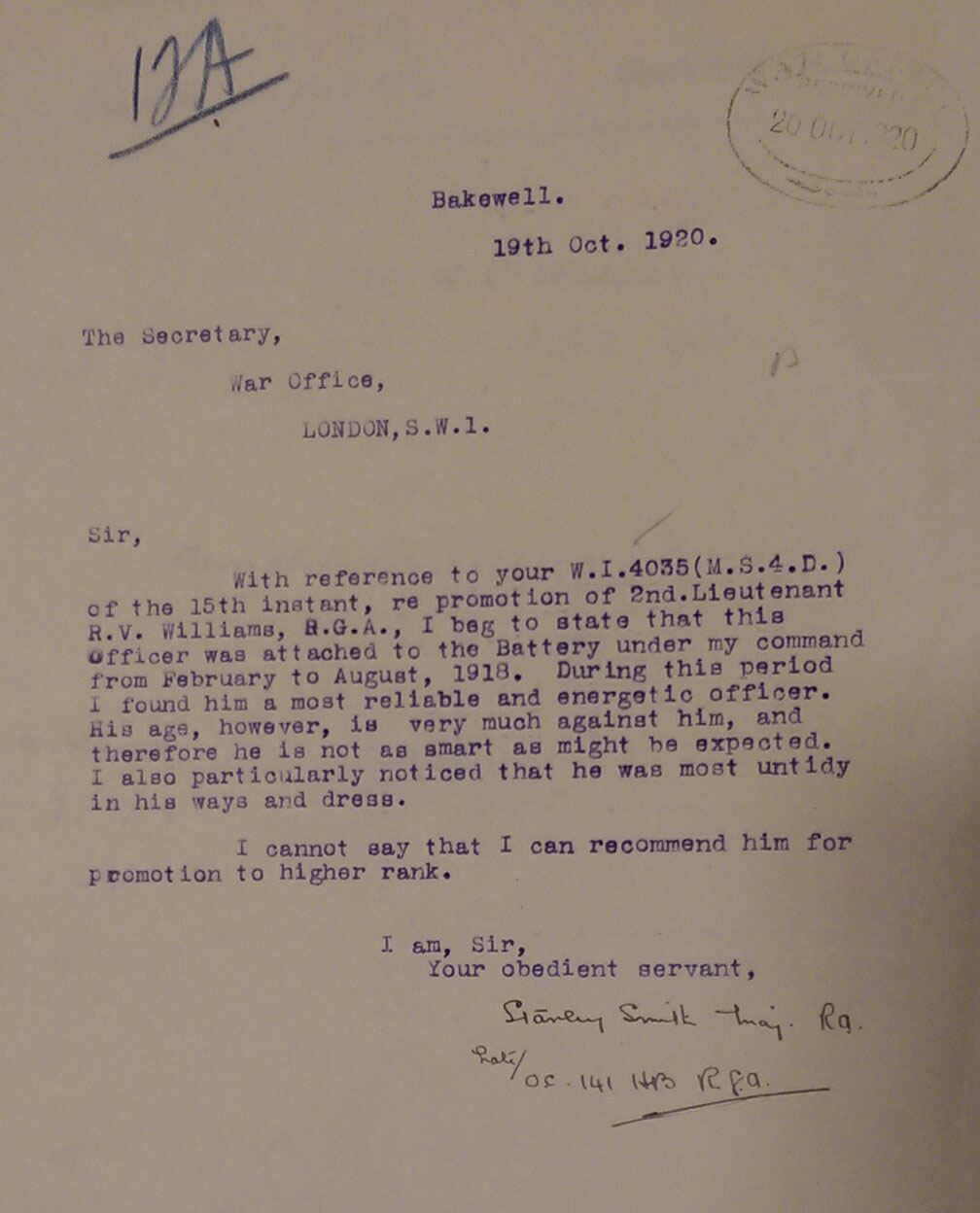 These official records typically hold information that served an administrative purpose for the War Office and, as a result, can be as sparse as a confirmation of an officer’s death. Many, however, have the capacity to surprise. Looking beyond the famous names you will find files detailing injury (including the occasional X-ray, such as Douglas Ibbertson Brassey’s gunshot wound to the leg), the proceedings of military and civil courts, and correspondence with families and the War Office. From time to time you might even find photographs of individual officers (such as that found in George William Dundass’ file).

Other interesting stories buried in the collection include those of Eberhard F W Baelz, a conscientious objector who refused to fight because he had a brother serving in the German army, and the noted historian and MP James R. Montague Butler, who would later go on to be connected with Bletchley Park during the Second World War.

The project was originally planned to take two years but the volunteers managed to finish their cataloguing ahead of schedule, thanks in the most part to the team’s commitment and dedication to the task. As a result of their hard work this series has been opened up for further exploration, and the examples given here represent a tiny fraction of the treasures found within – we strongly urge you to come and take a look! 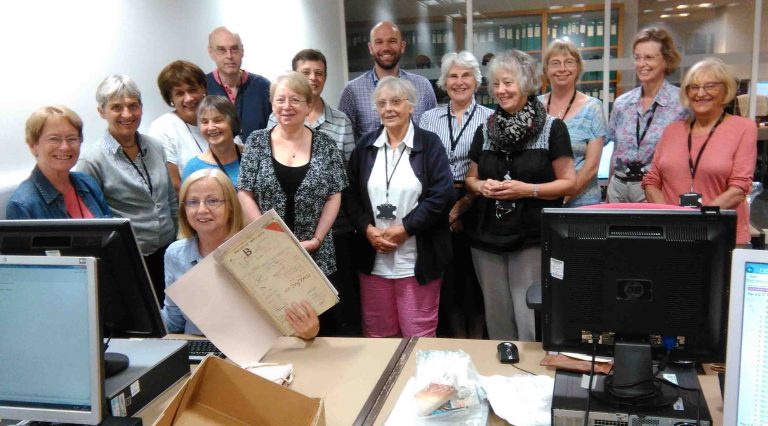 Volunteers at the end of the WO 374 project

cataloguing, first world war, friends of the national archives, WO 374