The future of web design

After a really exciting few months designing and developing the beta release for our Education and Information Management sections, a few of us from the web team packed up our colouring pens and took a trip to the The Future of Web Design conference. Now in its eighth year, the annual event brings together a wide variety of digital professionals to inspire, educate and share their valuable insights.

It’s always very exciting going to events about design and technology, much like going to Toys ‘R’ Us as a child. But 30 years on, the excitement is less about the prospect of toys and more about the anticipation of ideas (although it just so happens they provided a retro Pacman arcade game in the foyer as well as table tops filled with Lego). 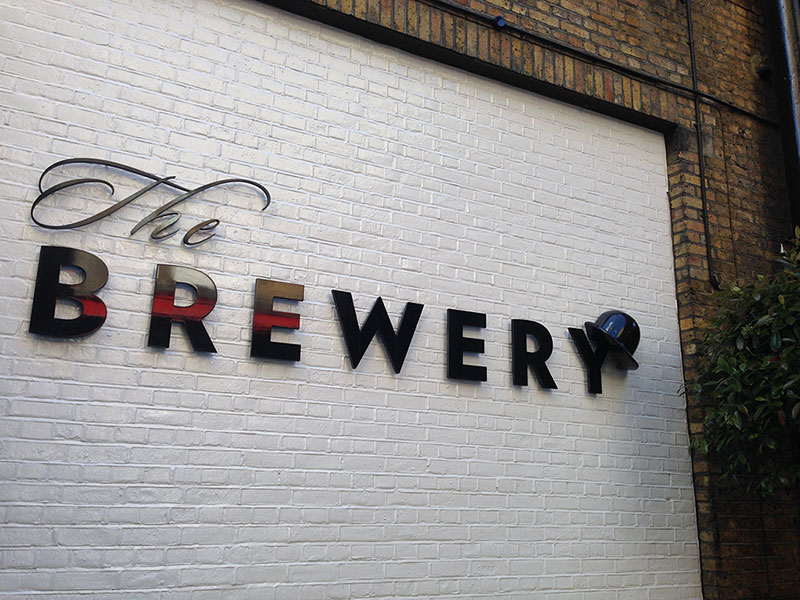 This year's event was held at The Brewery in London

Set in a stylish 18th-century London brewery, just down the road from The Barbican, the event kicked off on Monday 7 April with intensive practical workshops on responsive design, animation and CSS for large web systems. My colleagues Simon Wilkes, senior designer, and Dylan Williams, web designer/developer, were part of a responsive design workshop which looked into the latest approaches for constructing effective web interfaces which adapt across a range of devices.

I joined Simon on day two of the event for a series of lectures held on two parallel tracks. On the main stage there were some high-profile keynote speakers from companies such as The Guardian, Adobe, Monotype and Media Temple as well as a number of leading digital agencies. On a separate ‘rising stars’ stage, up-and-coming web personalities from organisations including Cambridge University Press and Government Digital Service shared their thoughts and experiences, enriching the set of topics presented on the main track of speakers.

When you digest so many valuable perspectives on the digital industry, it’s always difficult to decide which are the most important points to focus on. Paul Boag, from Headscape, and Paul Adams, from Intercom, both discussed a broader view of the digital era, drawing on comparisons between the impact of electricity and road networks on the Industrial Revolution and the impact that the internet is having during the digital age right now. Both were keen to highlight the untapped potential of the internet, far beyond the silo of webpage thinking which we currently find ourselves in. How can we better use our connectivity with each other through this global network to create a more valuable experience? How can we adapt our organisations to better suit the digital economy? 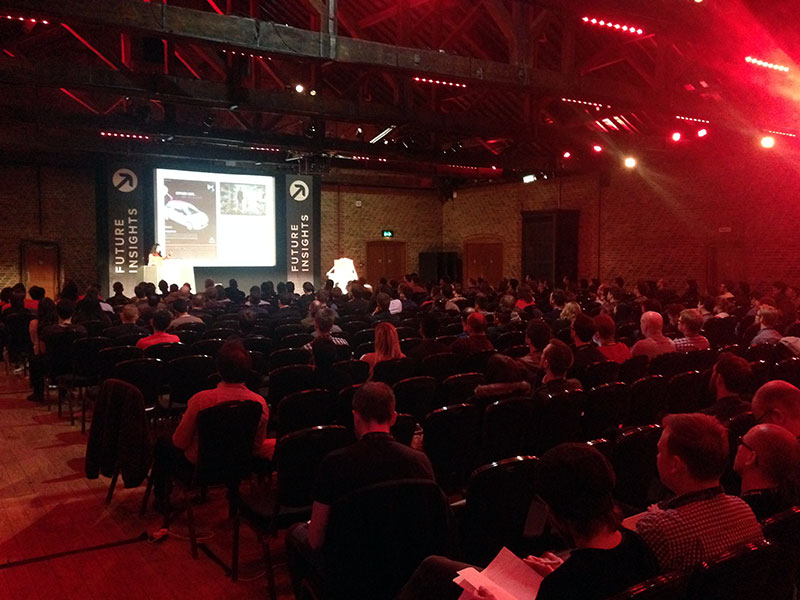 One of my favourite quotes of the day was from Paul Boag who cited American author, Seth Godin, by saying that ‘websites shouldn’t be buildings we just design and maintain, but gardens we nurture’.

The broad nature of these talks were complemented by more specific sessions on approach and workflow, such as ‘How to use zero-based thinking to maintain simplicity’ by Stephen Hay from Zero Interface. He discussed how we take things that are inherently simple and make them more complex. We need to change our approach by clearing our minds before we start projects so we create a zero base to build upon. All too often, projects start with an idea of how things should look and what they should do before understanding what’s actually needed. If we build from a zero base, we can form a simple and effective basis and add layers of complexity if the project requires it, much like the popular principle of progressive enhancement adopted by so many in the web industry.

This talk worked extremely well with a session on day three by multi-disciplinary designer and entrepreneur Sarah Parmenter on designing with data. She discussed the notion that backing up design decisions with research should be a mandatory skill for web designers. It is still common for web professionals to make too many design decisions based on intuition rather than fact. Factual data can be gathered by online tools which provide statistical data about a website, or by interviews, surveys or focus groups with real users about their needs and behaviours. Sarah stated that nobody has the excuse to make an uninformed decision anymore. John Setzen, creative director at Media Temple, also contributed with his expert slot on designing from the ground up and hitting the sweet spot between simplicity and good experience. 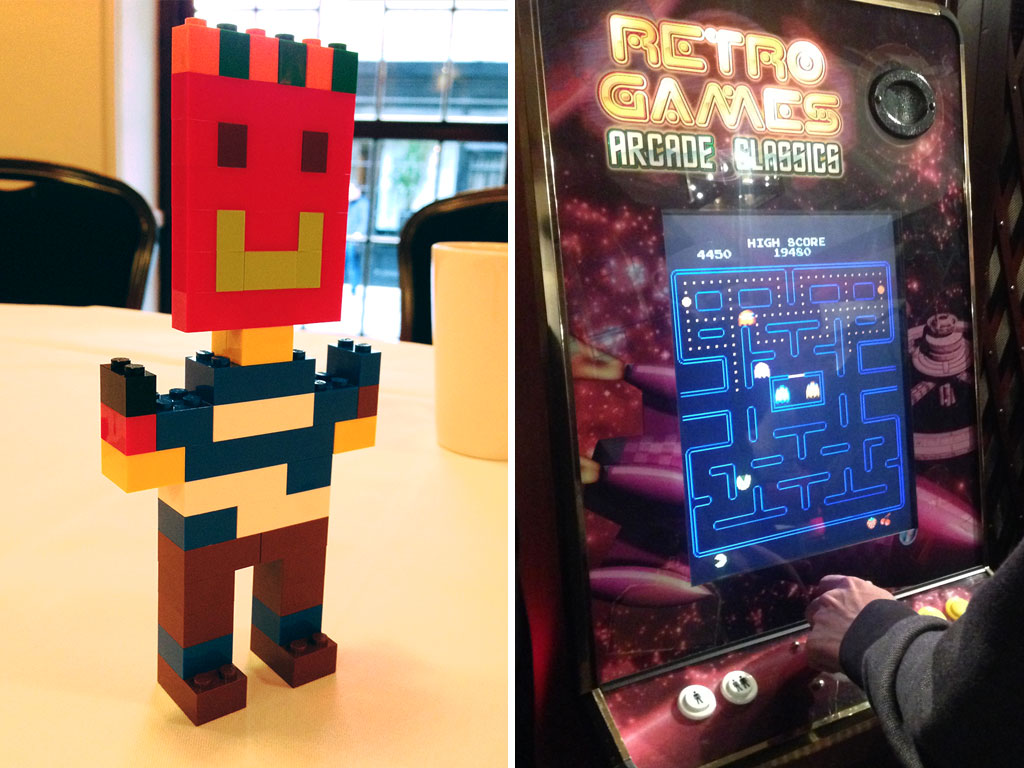 There was plenty to keep us entertained during the breaks

Over the two days, we were also part of talks on the ground-level aspects of web design, such as how to use Javascript and JQuery more appropriately. Javascript is a scripting language which is used to make web pages more interactive and JQuery is a commonly used library of Javascript, designed to make it easier to use in websites. Due to the evolution of these technologies, they are often misunderstood and using them inefficiently can affect how well a website performs. Todd Motto, from Appsbroker, took us through how we can write better Javascript to overcome these problems.

Two talks were delivered on how we can use icons and type in a responsive way so that they scale well across different screen sizes, as well as a seminar by award-winning cartoonist and interaction designer, Rachel Nabors, on the benefits of animation and how it can be used to help people understand relationships between parts of an interface without becoming a distraction.  Later on day three, we were treated to a presentation by Razvan Caliman, a web platform engineer from Adobe, about cutting edge features of  CSS3, the newest version of the language which defines how a web page should look. These new additions to CSS will soon be available to enrich web interfaces in newer web browsers, which is really exciting for people like me who get to use them!

On a personal note I was thrilled to listen to a few talks on the more global and ethical aspects of the web. Coming from a background in multimedia production with an interest in photojournalism and documentary photography, I was totally engrossed by the Guardian team’s talk on how they designed the Firestorm project; a very emotive digital storytelling experience for the web. This followed a fascinating talk the previous day on the emerging global web which described the online experience outside of Europe as the internet becomes more accessible through mobile devices in developing countries.

It was a really engaging couple of days out-of-the-office meeting new friends in the industry. We’ve brought home some different ways of thinking, new techniques to help improve our work and a lot of very exciting ideas to ponder over the coming months. First up, Lego in the meeting rooms…