‘Forever out of memory and forgotten’

Wasn’t the recent discovery and identification of the remains of King Richard III in a Leicester car park absolutely riveting? I am not a medievalist (as will doubtless become clear during this blog post), nonetheless, Richard III was my way into the historian’s craft. As a schoolgirl I read Josephine Tey’s The Daughter of Time 1, where a detective, scenting propaganda in Shakespeare’s account of Richard,  conducts an investigation into the murder of the Princes in the Tower from his hospital bed. 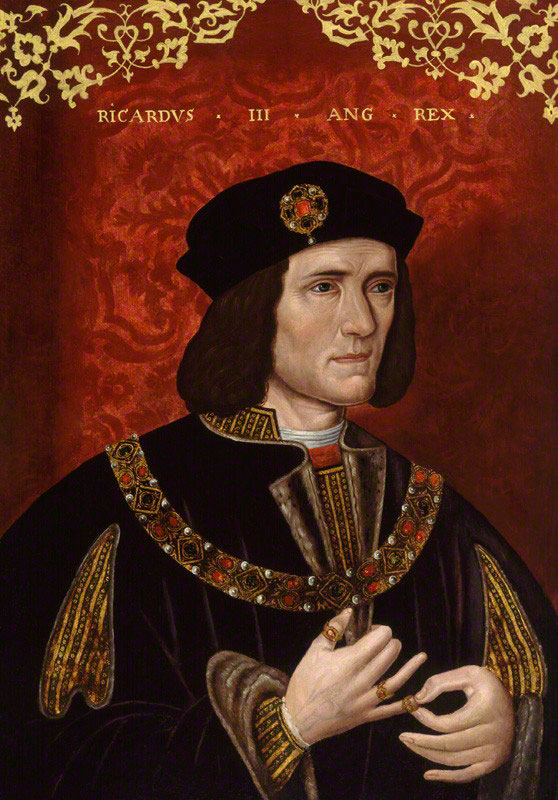 This led me to read my first grown up history book, Paul Murray Kendall’s Richard III. 2 At 14, I was equally fascinated and daunted by the footnotes: PRO E/179 117/77;  PRO C 65/114; ibid; op. cit…  What did it all mean? Historians were obviously rarified beings who had, I assumed, privileged access to the documents behind all this paraphernalia. It was all very remote from my experience: I felt I would love to be a historian, solving the mysteries of the past, but it wasn’t something that people like me did. Eventually, I not only learnt to cite PRO references and know my op. cit.s from my ibids, I ended up actually working at the Public Record Office (as The National Archives then was). I still like the idea of history as a detective story, with the extra dimension of time; an investigation into cause and effect, weighing the evidence in context – my colleague Sean Cunningham, who has written a book on Richard III 3is very good on this point. 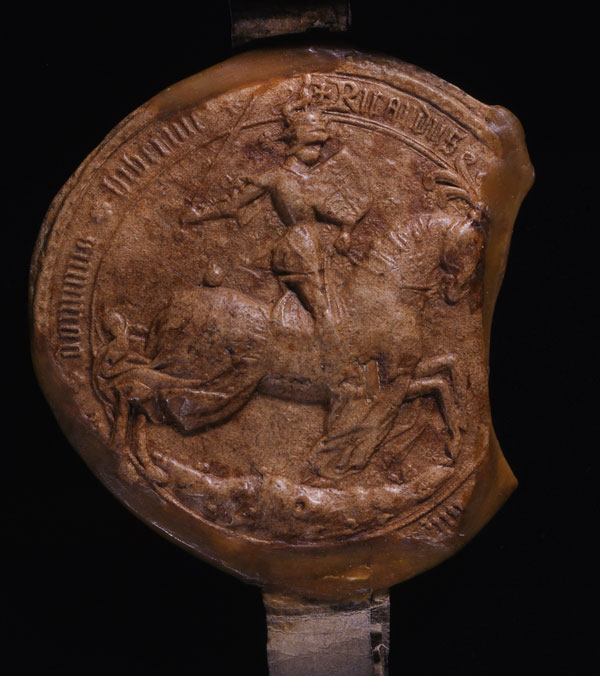 However, not only does the evidence have to be weighed, in context, it has to be preserved in the first place. A key document for the study of Richard III nearly didn’t survive at all; the victor of Bosworth Field, Henry VII, blatantly tried to secure his position by rewriting history through the destruction of documents. (Regular readers of this blog will know that we take a dim view of that sort of thing).  At his first parliament, Henry decreed that the Act known to us as Titulus Regius, Richard’s claim to the throne, be ‘cancelled and destroyed and the said act record and enrollment be taken and removed from the roll and records of the said parliament, and of the said late king, and burnt and entirely destroyed. And moreover… …any person who has a copy or remembrance of the said bill or act shall bring them to the Chancellor of England at the time or destroy them in some other way, before next Easter on pain of imprisonment so that all things said and rehearsed in this same bill and act may be forever out of memory and forgotten.’ 4

Despite these dire threats, one copy survived (pehaps it had been mis-filed… ). It was found a century later in the Tower of London – The National Archives of the day – and is still with us in the records of the Chancellor of England C65/114, m.3 for anyone to see, not just privileged and learned historians. 5 We work hard to make history more accessible; we know that many people are as daunted as I was by the cataloguing numbering system and the machinery of government it is designed to reflect: C 65/114, m.3 doesn’t mean much on it’s own. From Discovery, our new catalogue, you can see it is part of the Chancery department. Chancery along with the Exchequer was more or less it in medieval times (a doubtless sweeping generalisation from a non-medievalist). My colleague and collaborator Simon mentioned in his post last week how we have been grappling with the representation of modern domestic departments in our machinery of government visualisations. We have been debating whether it would have been easier to start at the other end when we mostly only had Chancery and the Exchequer to worry about, but within C and E are many of the functions today carried out by a succession of different government departments and arms length bodies, to quote but a handful: Receipts for standard ale measures E 22; Dies for coins E 29; Council and privy seal records E 28; Forest records E 32…  Would it be more helpful to show C and E as unadorned straight lines going on century after century demonstrating that a state could be governed with mostly two offices, or would it be more helpful to display a complex spaghetti of functions? 6

Back in the present, we are still capturing new records of Richard III. But this time they will go into series MJ 2. Last week, I noticed a recent change from the latest archived version of the Ministry of Justice website. From this: 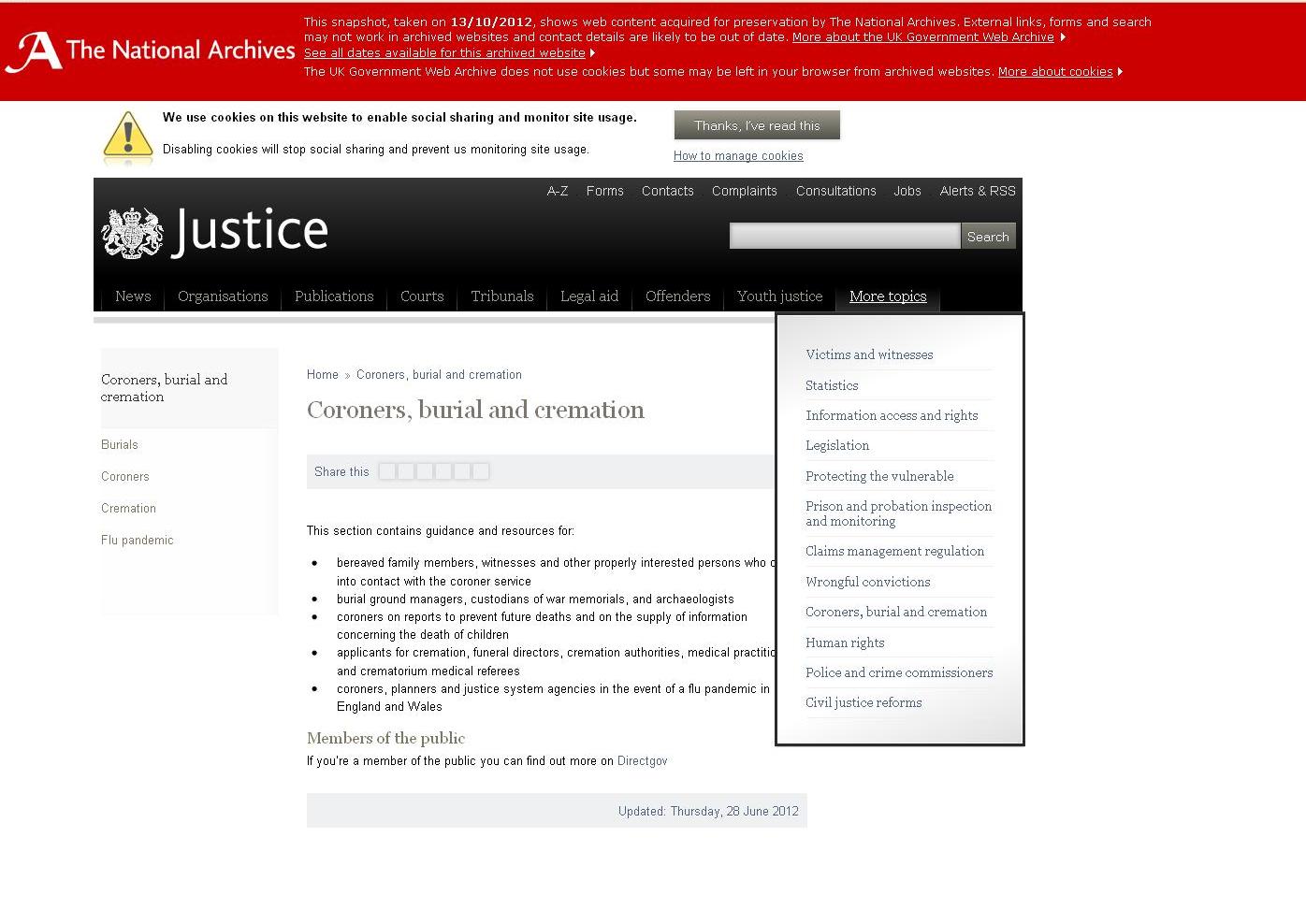 To this on the live site (shortly to be captured into our UK Government Web Archive): 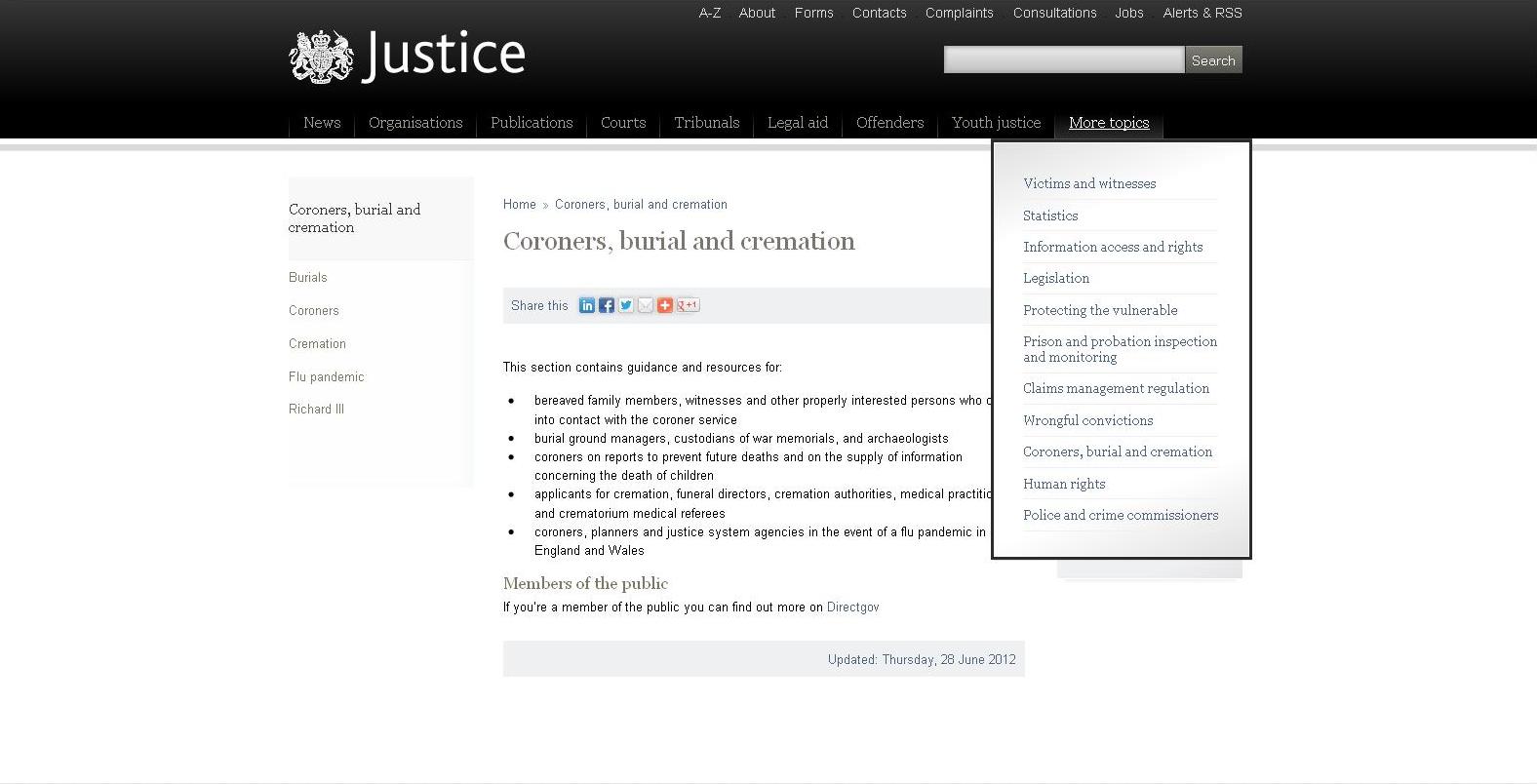 Hopefully you spotted the difference (aside from the live site not having an archival banner): the discreet Richard III appearing on the left. Under that link the Ministry of Justice have posted up the ‘Application form for authority to exhume buried human remains for archaeological purposes’, which documents the professionally cautious mindset of the University of Leicester Archaelogical services, seen at its best in this little snippet :

From the application form submitted by the University of Leicester

We have the past that lies buried in the ground awaiting investigation by archaeologists who will unearth the truth. The terminology of archaeology is also used for archives: documents are  buried (in usually ‘dusty archives’) and are unearthed, and facts are dug up: ‘out of memory and forgotten’ for a while perhaps, but not forever, and nowadays available for everyone.