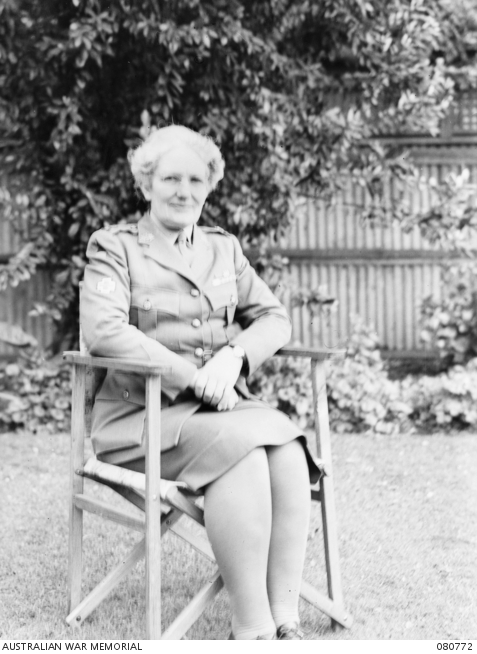 ‘I shall never forget the awful climb on hands & feet out of that hole about 5 ft deep greasy clay & blood tho[ugh] I did not then know that it was blood…’ Diary entry, 22 July 1917, courtesy of Australian War Memorial (AWM), PR02082

Often forgotten are the women who volunteered at the front line during the First World War. These women have now been the focus of ANZAC Girls, an Australian TV mini series which recently aired in the UK on Channel 4.

The series is partly based on the book Anzac Girls by Peter Rees, and incorporates the personal diaries and letters of those featured. It follows the lives of a number of Australian and New Zealand nurses during the First World War. One of the women featured with an inspirational story is Nursing Sister Alice Ross-King.

On the night of the 22 July 1917 the 2 Australian Casualty Clearing Station in Trois Arbres, France, where Alice was based at the time, was directly bombed by the Germans.

‘…I flew through the chest & abdo wards & called out “Are you alright boys?” don’t bother about us was the general cry from there – I raced along the duckboards towards Gilmores tent… I remember one [bomb] hitting a board right in front of me…’ Diary entry, 22 July 1917 courtesy of AWM, PR02082 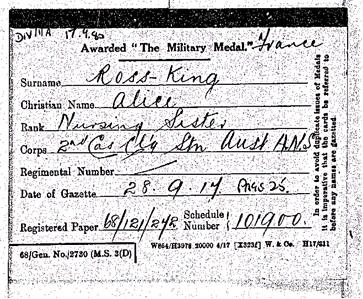 Alice was awarded the Military Medal for ‘bravery in the field’, she would be one of only seven in the Australian Army Nurse Service (AANS) to receive such a medal during the First World War. Alice’s service record is fully digitised and can be found via the National Archives of Australia’s (NAA) dedicated website Discovering Anzacs. These records detail her movements during the First World War and her awards.

To commemorate the 100 year anniversary of the First World War, News Corp Australia has created AnzacLive, which uses Facebook as its primary platform. By following the page, users can see posts from Alice talking about her day in real time. Through revealing reality, Alice becomes your ‘Facebook friend’, with the ability to see her thoughts, feelings and location all online. Like a modern diary, she is brought to life with the ability to answer your questions. The project follows a selection of people during the First World War, and aims to create an intimate experience and become part of your daily life. 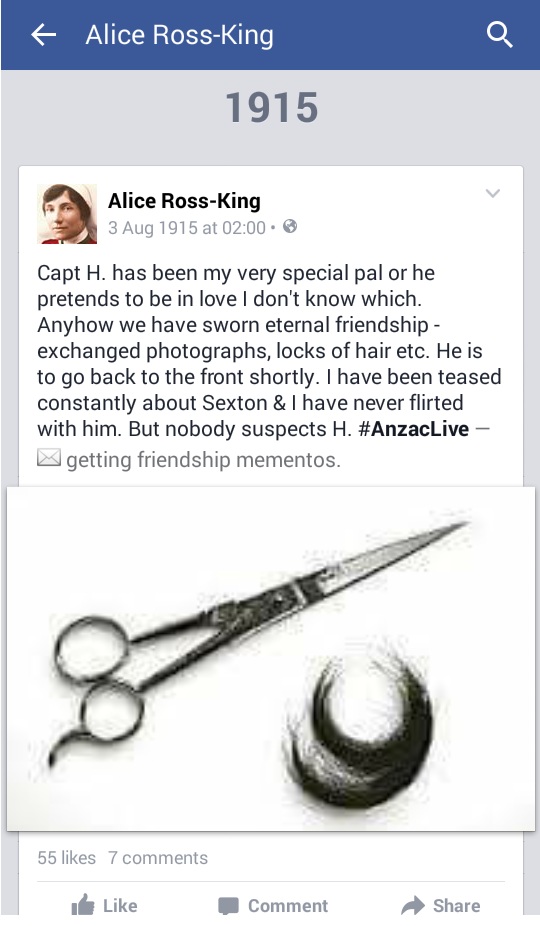 Similarly to AnzacLive is the @UnitWarDiaries Twitter feed, where the First World War is brought to life through the daily accounts held within The National Archives unit war diaries.

There are two direct AANS unit war diaries for the First World War held at The National Archives. These give a good insight into the daily lives of the AANS unit for those wishing to do further research at Kew.

The diaries at The National Archives are duplicates of records held at the National Archives of Australia, which are held within the Australian Imperial Force (AIF) collection. To view the collection details and transfer process of the AIF unit war diaries for the First World War from Britain to Australia, search the NAA’s collection for the AWM4 series. These original unit war diaries are available to download online for free from AWM within series AWM4 Class 26 – Medical, Dental & Nursing. 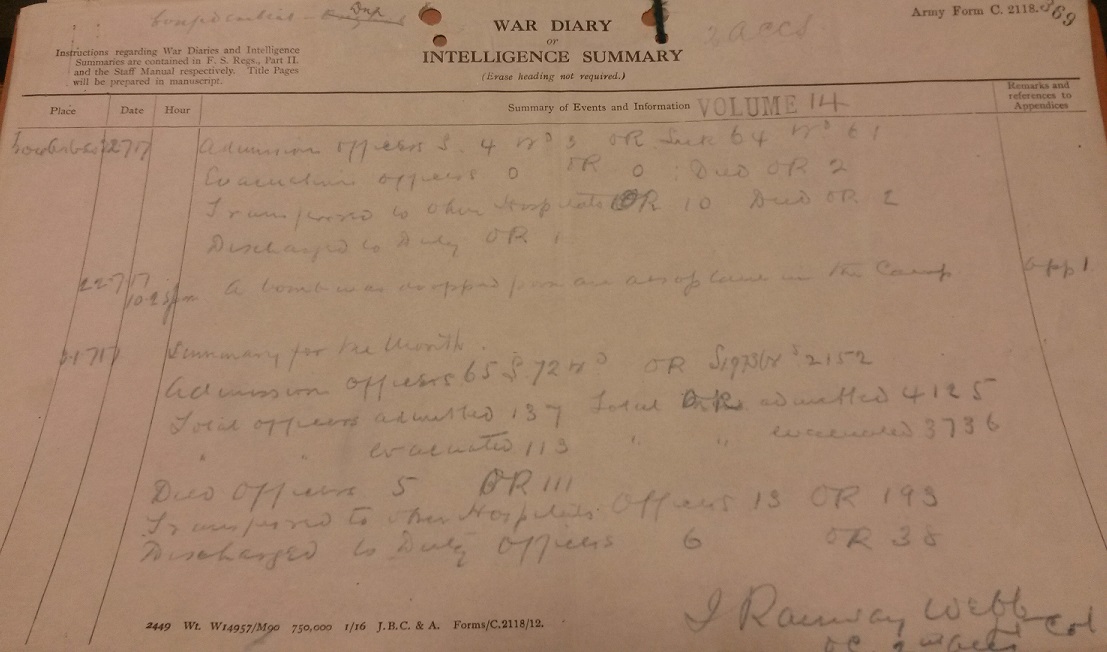 Alternatively, by visiting us, you can order the original British duplicate copies to view, and learn more about the women and Australians involved during First World War.