If you were researching hearing aids from the early twentieth century what term would you use to search Discovery, our catalogue?

Two files from 1920-1926 come under the titles Aural Appliances and Electrophones. As they are also catalogued under the subcategory Hearing aids they are easily findable, however this does illustrate how important it is to try and understand the terminology of the time, particularly in regard to technology. Records relating to disability, as our research guide demonstrates, can remain very hidden due to the language barriers of passing time.

For this blog post focusing on medical technology in the First World War, I will be looking at the developments surrounding hearing aids.

Hundreds of our representative sample pension files detail deafness as a cause of disability, while some also note shell shock and deafness as the reason for disablement. The nature of trench warfare meant that ears were unsurprisingly vulnerable to the constant gun blasts, however deafness has also been noted as a side affect of shell-shock, as a response from the body in times of trauma. 1 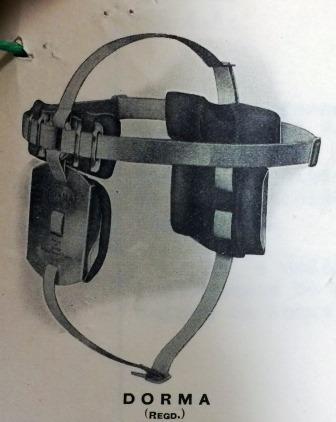 The file PIN 38/450 is full of fascinating booklets and letters on headed paper, all from companies trying the sell their products to the Ministry of Pensions. The first hearing aid had been invented over a decade before, but the increase in the number of companies developing products at this time is indicative of the need that was suddenly created amongst men who had been serving.

The advertisements tend to be general, but the files constantly reference the need of these hearing related devices for individuals who served in the war. Stols Electrophone Company explicitly recommends its products to counter ‘gun-deafness’, whether temporary or permanent, recognising that ‘many thousands of soldiers and sailors have had their hearing afflicted by artillery fire – the din and all the shocks connected with it having been too great a strain for the delicate mechanism of the ear’ (PIN 38/450).

The publicity around ‘Ardente’ Acoustique for ‘deaf ears’ quotes various experiences of individuals in their marketing. Dr E H F Grimsby notes: ‘The patient was a new man in 24 hours’. As of 14 July 1925 ‘Ardente’ Acoustique were offering the Ministry of Pensions a 33% discount, while Dorma manufacturing left samples at a Ministry hospital for patient trials (PIN 38/450). 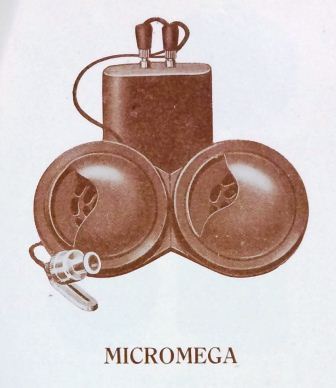 Julie Anderson, author of War, Disability and Rehabilitation in Britain, notes that ‘Early hearing aids were cumbersome and not transportable, so deaf people had to sit in a room to use them’. However these publications show how the war hastened change. The number of different models is overwhelming. While some remained clunky, others used portable headbands, and devices more akin to Victorian ear trumpets still existed. Indeed Anderson also notes that many hearing aids were ‘useless’.  2 This was certainly a concern of the Ministry of Pensions, who wanted to invite in a specialist to find the best value product to introduce to the veterans. 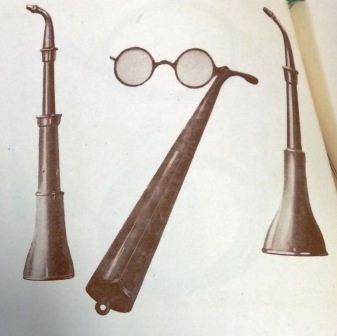 These files from 1920-1922 and 1924-1926 illustrate the legacy of the war, and the effect it had on individuals for decades and generations. When researching medical technology it is often essential to look at records covering the period after the war. The records used in this post can be found in the series PIN 38, a Ministry of Pensions branch dedicated to Disablement Services. Within this are many files illustrating the ‘history of the research and development and supply of vehicles, limbs and appliances’. This series provides a great source for researching other medical developments resulting from the First World War.

The period after the conflict illustrates a period of mass change, with technology developing at a rapid speed, as the developments of hearing aids show. However this is one small example of the medical advancements made, and it’s an example often plagued with accusations of quackery. Julie Anderson notes it was the advances of the National Health Service that developed real change, but the First World War arguably set the scene for the NHS.  3

As my colleagues and I continue this research we will feed the terminology we discover into our research guidance to strengthen our support for researchers in this area. Please look out for my colleague Sarah’s blog post next month which will continue to look into medical advances in this period.