First ice cream seller in London! Read all about it!

For the first time, records of aliens who settled in Britain and who became British citizens through the process of naturalisation are available to search by name and nationality and download as part of our online collection. The collection covers the period 1801 to 1871 and includes a small number of early papers relating to denization (a form of British citizenship that conferred some but not all rights of a British subject), and naturalisation by Act of Parliament; but the bulk of the papers relate to those who became British after 1844, when the process for becoming British was very much simplified.

In that year, the Naturalization Act (7 & 8 Vict. c. 66) provided that every alien residing in Great Britain with intent to settle should present a memorial to the Secretary of State stating their age, trade and duration of residence. Thereupon, the Secretary of State would issue to the applicant a certificate granting rights of a natural born subject with the exception of the right of being of the Privy Council or parliament. The Act maintained the taking of the oath of allegiance and Act of Succession and provided that any woman married to a natural born or naturalised person was deemed naturalised herself. It further stipulated that applicants wishing to become naturalised citizens should state their intention to reside and settle in Great Britain. This newly available collection of records consists of the memorials of over 7,000 aliens issued under the 1844 Act, which remained in force until 1871 (copies of the accompanying certificates of naturalisation are in the series C 54). 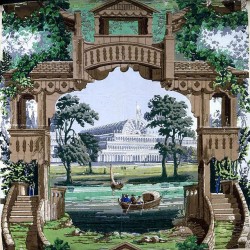 There is a rich mix of cases from across the world, but most relate to subjects from Europe, as, during this period, immigrants arrived from a number of European countries, notably France and German states, but also – in smaller numbers – from Italian states, Belgium, Holland, Switzerland, Spain, Austria, Russian, Poland, and Sweden. Not all of these individuals settled in the UK; many were merchants or people simply visiting the country. The majority were equipped with skills, however. Many were artistic, such as musicians, painters and artisans.

Most settled in London, setting up immigrant communities, many of which still exist today. For example, the centre of the Italian community in Britain established in the 19th century, and indeed to the present day, is ‘Little Italy’ situated in Clerkenwell. Many Italian immigrants were ice cream makers, plasterers, confectioners, restaurateurs, and shopkeepers. Similarly, many German immigrants settled in the East End of London working in the sugar refineries and in the meat and baking trades.

The years 1848-9 brought a number of political exiles to the UK following the European Revolutions of 1848 where a series of political upheavals brought with them a short lived period of unrest and revolutions, most notably the French Revolution of 1848.

The Great Exhibition at Hyde Park in London in 1851 was the first of a series of annual international exhibitions and world fairs promoting culture and industry. The event attracted many pioneers of industry from the European continent as Britain embarked on its Industrial Revolution.

It should be noted, however, that the vast majority of aliens resident in the UK did not become British (as is the case today). Those that did might have wanted to increase their social standing in the community, own and inherit property, or simply further enhance their business opportunities. 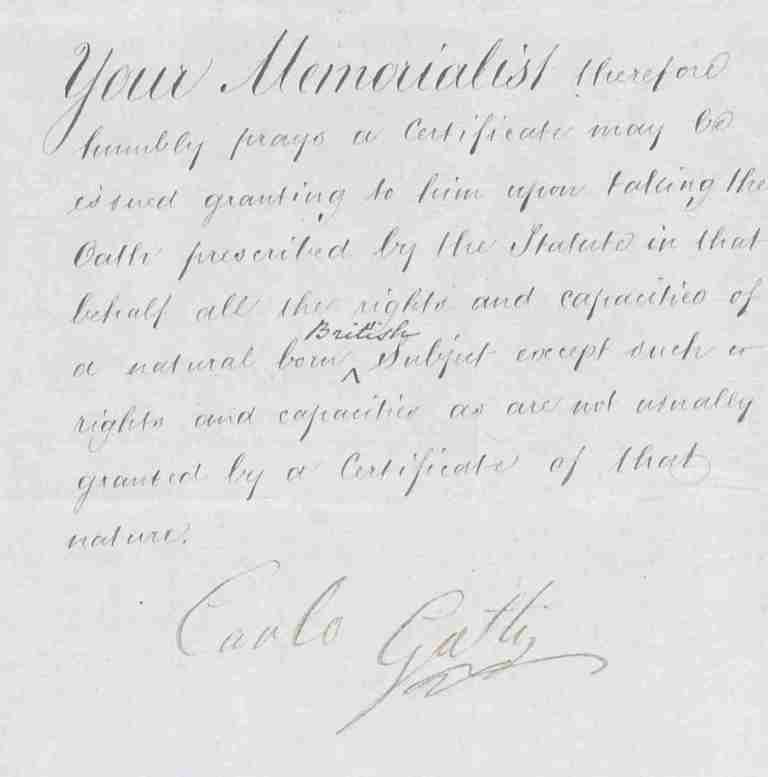 One case included in the collection is that of Carlo Gatti. Born in Canton Ticino, the Italian speaking region of Switzerland, Gatti came to Britain in 1847 and was credited with being the first ice-cream manufacturer in Britain. He took out British nationality in 1855, at the age of 40, while he was a confectioner in Hungerford Market, near the Strand, in London. His application, available in HO 1/84/2665, was supported by many other entrepreneurs who also had businesses in Hungerford Market, though in order to endorse applications, they themselves had to be British. Only four years before his naturalisation, Gatti had exhibited his chocolate-making machine, imported from France, at the Great Exhibition. He went on to become very wealthy. His music hall, known as Gatti’s, opened in 1857 and five years later he sold the property to South Eastern Railway, the land ultimately was used to construct Charing Cross station. He used the money in the sale to acquire restaurants and more music halls (one would eventually became the famous Player’s Theatre, the inspiration behind BBCs Good Old Days television programme of the 1960s and 1970s), before relocating to Switzerland in the 1870s. 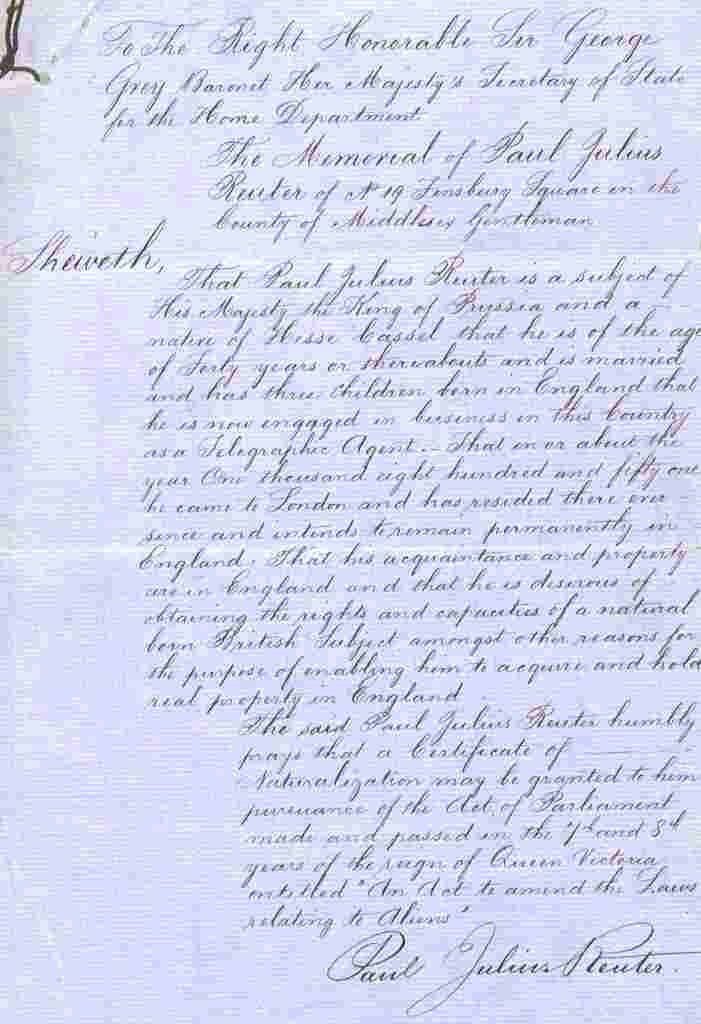 Journalist and founder of Reuter’s News Agency, Paul Julius Reuter, was naturalised in 1857, also at the age of 40, and his memorial papers can be found in HO 1/79/2403. A native of Hesse Cassell, having moved to England in 1851, the records show that he had just embarked on a career as a Telegraphic Agent and was married with three children, residing at 19 Finsbury Square.

His reason for becoming British was that it would enable him to acquire and hold real property in England. Forty years after his arrival in Britain, in 1891, he became Baron von Reuter by Royal Warrant. He died in 1899.