Fancy a Georgian bake off? Try some 18th century treats 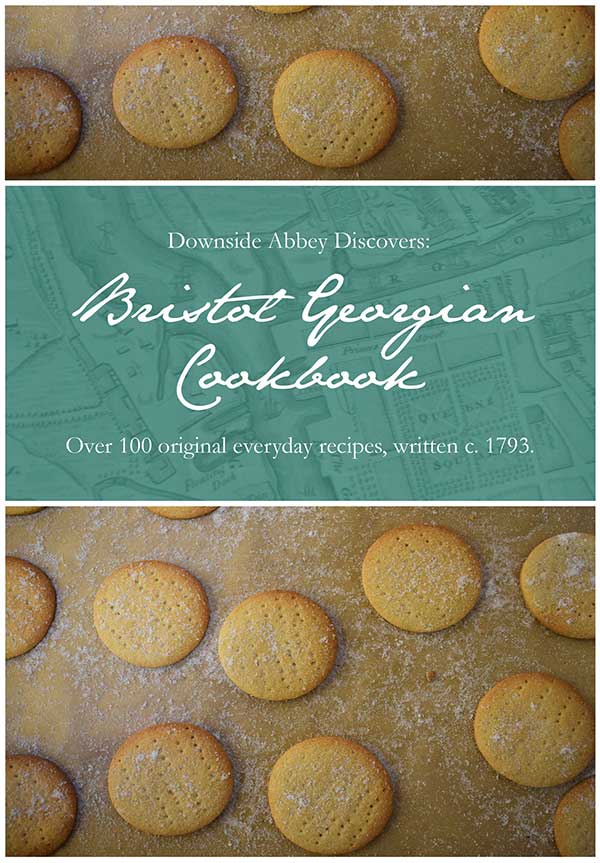 Next time you try something new for dinner, why not consider something from our #ediblearchives? Maybe some Calves Head Rolled? Or, if that doesn’t appeal, perhaps a Fricassee of Pigs Feet and Ears…? These dishes may not sound terribly tempting now, but when the archivists at Downside Abbey in Somerset found a cookbook dating from 1793 in their collections, these were two of the recipes it contained.

Many archive services spend time thinking about ways they can develop their audience and reach new users. This can be made harder if perceptions of what an archive holds aren’t the whole story. Publishing the cookbook in April this year has enabled the Grade 1 listed Abbey’s archive to reach new audiences by demonstrating that their collections aren’t restricted to religious materials.

The Begbrook Kitchen Library cookbook contains some 142 recipes, including three ‘household’ recipes for Lavender Water, Furniture Oil and polish for cleaning marble. The rest of the recipes are for savoury and sweet baked goods, puddings, jellies, marmalade, jams and curds, sauces, pickles, soups, recipes for meat, poultry, fish, sea food and vegetables. The titles of a few of the recipes suggest Indian, Chinese, German and French sources. The recipe for the Sally Lunn bun is of particular note, being an early variation of Bath’s authentic regional speciality. This vibrant and outward looking kitchen was possibly one of the first to serve curry in the South West.
Frances Bircher shared some of their thinking behind the publication of this amazing piece of history.

‘We found the cookbook in an unsorted part of the archive in January 2016 and it sparked a lot of interest at Downside and in local and national press, including stories in the BBC, the Daily Mail, and the Telegraph. Given this interest, we decided later in the year that we would publish it (the community of monks at Downside have a long history of publishing books through the Downside Abbey Press).

We had long discussions about how to present the book – we wanted to retain the character of the original and make it interesting to a modern audience. We decided to reproduce many of the pages from the original inside the modern. We even found an 18th century style font for the titles which looks very similar to the handwriting in the original!

We used our in-house catering department to make a selection of the recipes, including mince pies, onion soup, sheep’s rump with Sauce Robert, jumbals (gingery biscuits), quince, “amlet” (omelette), “cocoa-nut tart” and orange jelly. We tasted them all – the Sauce Robert and jumbals were our favourites!’ 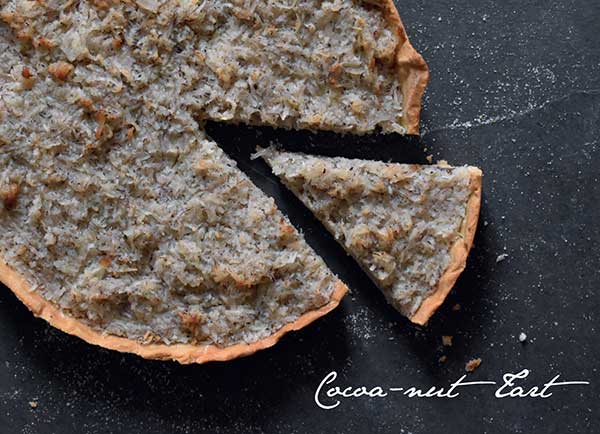 For the cover Frances found a map of Bristol from 1780 in a book given to them by Daniel Parsons, the same donor who had given the cookbook. Parsons (1811-1887) was a catholic convert who married another convert, Gertrude Parsons (nee Hext), in 1845. For periods of time, the Parsons family lived at Begbrook House in Frenchay near Bristol, and the Begbrook Kitchen Library cookbook is part of their Collection.

The book was released in April 2017: you can find it here. It has been hugely popular, gaining the archive lots more press coverage along the way. Many of the people who have bought this book hadn’t interacted with the archive before so it’s been a brilliant way for Downside Abbey to develop new audiences. I think it is time jumbals had a popular revival… I’ll probably pass on the calves head though.