More family journeys on the bookshelves

Reading is a dichotomy. One one hand, it is a private communion between author and reader, the opportunity to enter a secret world, explore and enjoy, marvel and shiver, find consolation, escape or comfort; on the other there is an overwhelming temptation (so seldom resisted) to share what you find, volumes pressed onto friends, ‘you must read this’, ‘what did you think?’, ‘What should I read next?’

After my last blog on ‘Dadland‘ I received some great recommendations for other titles in the same spirit which, in the spirit of bookland, I am going to share with you now. 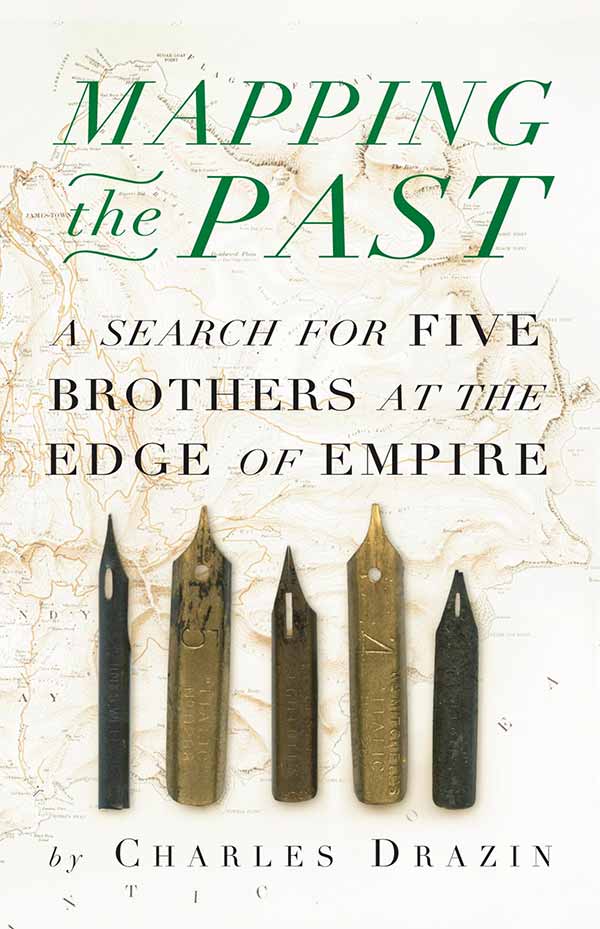 Jacket of Mapping the Past

Charles Drazin’s ‘Mapping the Past‘ is one of the best. As in Dadland, the loss of a parent acts as the spur to begin a journey into family history. Charles’ mother had always wanted to find out more about her father and his brothers but it was all too hard; now the Internet (and the National Archives of course) has opened up pathways to the past that she couldn’t even imagine. And Charles is down those pathways (like the proverbial rat up a drainpipe), taking the documents he finds in the old suitcase plus fragments of conversation with his mother and adding to them with the click of a mouse.

The story he shares is fascinating even to readers who don’t share the Lynch name. Five brothers, Royal Engineers in the twilight of the Empire, military surveyors who charted lands busy forging their own identity, Irishmen in the ‘Great War’. Chasing down their story through Colonial Records and War Diaries makes for a really interesting story. Charles faces the conundrums which will be so familiar to family researchers:

‘..the digital revolution has brought within my reach countless previously unobtainable answers, but the sheer infinity of connections raised so many questions that I risked becoming even more confused than I had been at the beginning.’

Uncovering family secrets and delving into the past can be difficult but take a British-Jewish-Irish-Catholic mix like the Lynches, now that is going to be a real challenge. As many before him have discovered research is often only the door to more research:

‘as we went through desks, drawers and cupboards that had been beyond bounds when they were still alive old papers tumble out from the time before we were born,raising as many questions as they answered now our parents were no longer around to explain them.’

I really enjoyed reading about the Lynches as they mapped their way through the high days and decline of the British Empire. Their position as Irishmen fighting in the First World War leaves scars Charles finds still alive in present day Ireland.

Another story, quite different but equally absorbing, is The Bride’s Trunk, a publication from a small press which deserves a wider circulation. The story Ingrid Dixon uncovers is one which spans three generations and two countries. The central tale is of a war bride travelling to an unfamiliar country with her suitcase full of treasures, looking forward to building a new life with the man she loves. But this is 1944 and Minny is German and her new husband Jim is English. It was never going to be easy forging her way in a country still very much alive to the wounds of war. Using original documents and family photographs, Ingrid follows Minny’s life growing up in pre-war Germany, the onset of war and her remarkable love story.

The Girl From Station X, like Dadland, is a story of a family healed through history. Elisa Segrave’s relationship with her mother was soured by her mother’s alcoholism and Alzheimer’s disease. After her death she finds her mother’s wartime diaries and to her surprise discovers how her privileged mother leapt at the opportunity to join Hut 3 at Bletchley Park and enter a world of secret intelligence work. The diaries reveal the vibrant, intelligent woman her mother was before the death of her child took its toll. In her diaries Elsa discovers a woman she wished she’d known. Too late she discovers a mother she could admire as well as love. It is a tragic story but also a vastly absorbing one.

Jacket of The Forgotten Spy

And finally for the James Bond’s among us there is Nick Barratt’s Forgotten Spy. Not exactly poacher turned gamekeeper, in fact more the reverse, here Nick Barratt, expert at delving into others’ family histories, takes a crack at his own and explores the story of his great uncle the gloriously named Ernest Holloway Oldham. A man who moved from the Foreign Office to the murky underworld of espionage in the 1920s and 30s. It is a great story and I leave the last words to Nick:

Isn’t that just what well-researched family history does?