As the Transport Records Specialist I’m always on the lookout for unusual transport-related documents in our collections. I recently came across a couple which I thought were amusing. 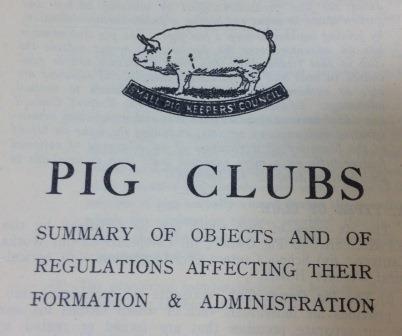 During the Second World War the public were encouraged to supplement meagre food rations by, among other things, keeping pigs. The Small Pig Keeper’s Council (SPKC) was the national governing body responsible for promoting the keeping of pigs, providing advice and guidance, and supporting the setting up of Pig Clubs around England and Wales.

Pig Clubs were groups of between four and 25 individuals who came together to raise pigs. They provided household food waste for the pigs to eat, cleaned the sties, and ultimately shared in the meat produced. Half of the pigs raised would also be handed over to the Ministry of Food.

After the war, with food still in short supply and the cost of living increasing, the SPKC wrote to the British Transport Commission in 1949 with the suggestion that the Railway Executive might like to support the introduction of Pig Clubs for Railway Workers (AN 174/378).

Train drivers and firemen in particular worked irregular hours and relied on packed lunches in the absence of canteen facilities. Their families also suffered with food shortages, and the SPKC reasoned that the railways had plenty of spare land which could be rented to Pig Clubs. Pig sties could be built from old railway sleepers, and food waste from railway canteens could be used to feed the pigs. Pig sties could be kept close to stations, providing easy access for railwaymen within the vicinity of their homes.

After considering the proposal the Railway Executive replied to the SPKC in August 1949 acknowledging the benefits of the proposal, but explaining that they could not consent to pig sties being built on railway-owned land, or have railway employees cleaning out pigs in work time. Nor were they too keen on having pig sties next to passenger stations. Apart from that, they were perfectly happy to allow their employees to form Pig Clubs, under the guidance of the SPKC scheme, in their own time and on their own land. They then issued a poster, inviting employees to consider forming Pig Clubs. 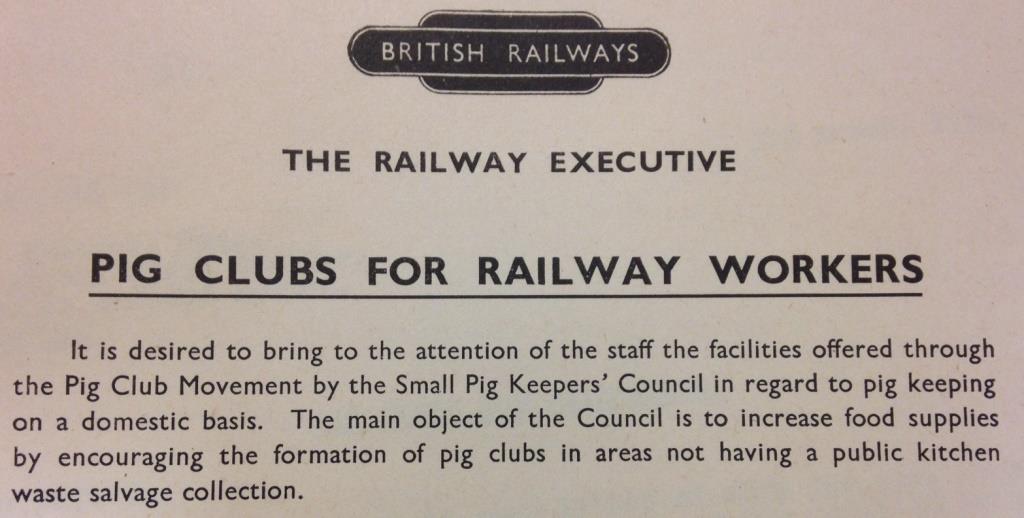 One hundred years earlier, donkeys occupied the minds of railwaymen and passengers. Following the initial excitement of the introduction of the new steam-powered railway in the 1830s some people became disillusioned with the system, due to delays and conditions onboard the trains. In the early 1840s a satirical prospectus was printed for a new donkey-powered railway called ‘The Donkey Express Company’ (RAIL 1075/112).

The company promised to halve the time of the train journey from Hounslow to London by using vigorous donkeys fed on thistles provided by Costermonger drivers. If any passenger was not satisfied with the arrangements they could go and live in Brighton ‘or anywhere else he pleases’.

‘The Company will pay great attention to the breed and calibre of their donkies, and as soon as any donkey becomes incapable of performing his daily task, he will be replaced by a younger and more vigorous animal.’

The Chairman of the Donkey Express Company was apparently a man named ‘Mangold Wurzle’, and the directors were yet to be appointed, but ‘gentlemen who are totally blind, or unable to see beyond their noses, will not be eligible for the office’. The prospectus went into further mickey-taking detail on how the railway could be improved by the use of donkeys, and was clearly meant to embarrass the existing rail companies. 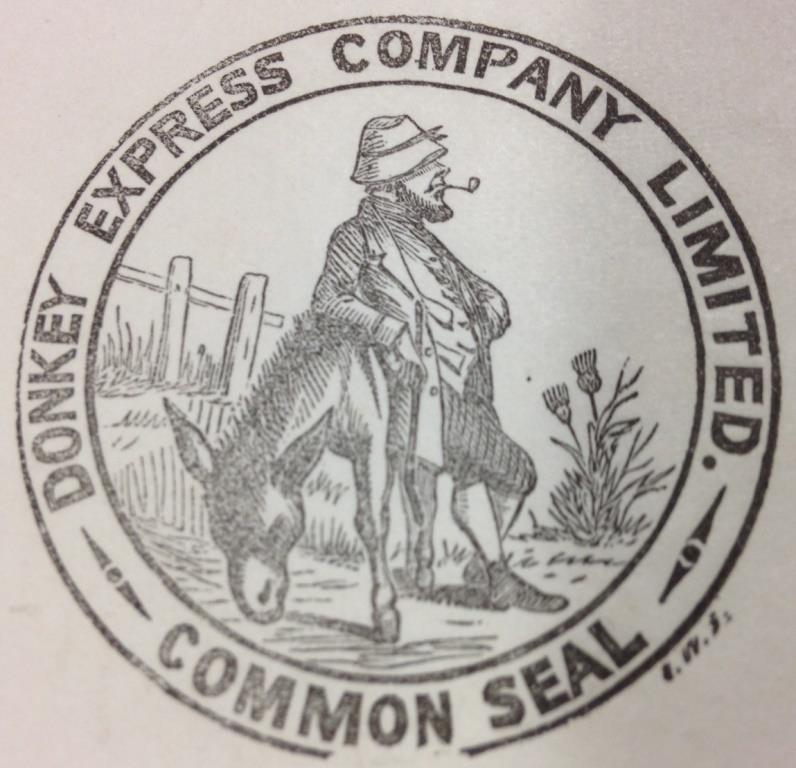 By the 1850s the Eastern Counties Railway was coming under attack for its poor timekeeping, exorbitant fares, dirty carriages and slow speeds (RAIL 186/100). A memorial from the inhabitants of Sudbury was issued to the Company listing many faults, and blaming poor timekeeping on the practice of stopping to join luggage trucks to passenger trains during their journeys, while ‘the passengers are confined in the carriages, and are constantly shunted about for the space of 20 minutes before leaving.’

In 1856 a challenge was issued to the directors of the Eastern Counties Railway by George Hoy of Bethnal Green, London. 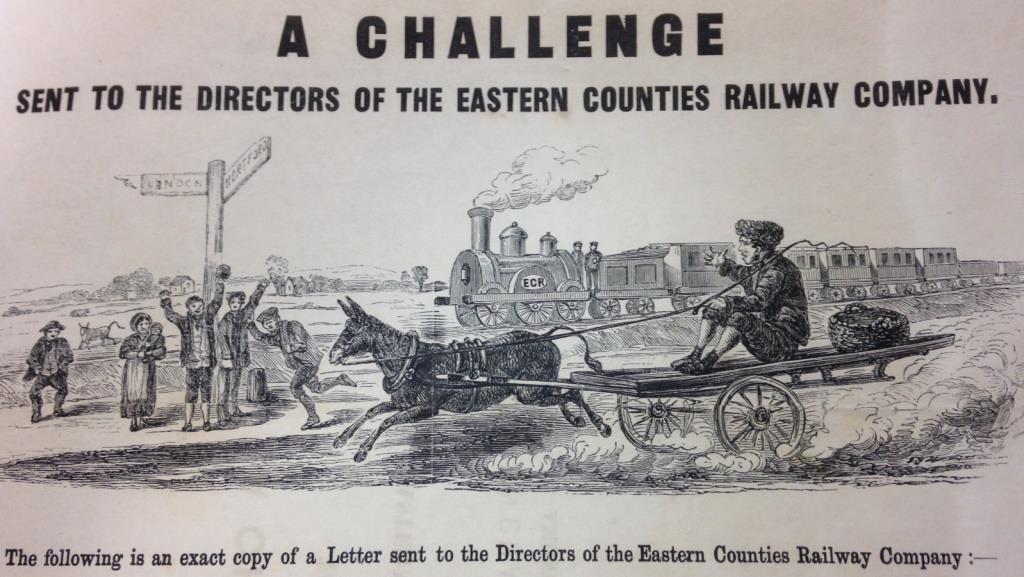 A Challenge to the Eastern Counties Railway (catalogue reference: RAIL 186/100)

Written in a similar vein to the prospectus mentioned above, he states that their timetable allows up to eight minutes from Cheshunt to Waltham, and he believed that his donkey could do it in four minutes, leaving him time to have breakfast before their train even starts. George challenged the company to race their train against his 15 year old donkey from Cheshunt to London, and to ‘have an umpire on a fast horse to see all is fair.’

As far as we know the Eastern Counties Railway did not accept the challenge, so we will never know who would have won!

Sign up to a free webinar on the railway staff records held by The National Archives.