This blog post is part of a series for Explore Your Archive.

It’s been a memorable week.

Explore Your Archive began on 16 November. And, just as we had all hoped, there really was something happening in an archive just about everywhere in the UK and Ireland.

On my patch in the north west there has been lots of varied activity, from interactive story boxes about Lancashire and its food (Lancashire Archives – who also lit up the outside of their building with images); to the history of tea ‘from plantation to pot’ from the Co-operative College in Manchester, to Liverpool John Moore’s University focus on The Beatles (of course) and Rita and Shirley, Willie Russell’s icons.

I really enjoyed Cheshire Archives Story Box about Dr Haygarth an 18th century surgeon  – and an accompanying lecture at the University from the Chief Executive of Ipsos MORI who showed just how bad we are at statistics: for example we  estimate that on average 15% of girls under 16 get pregnant each year, when only 0.6% do;  we think £24 out every £100 of benefit spend is claimed fraudulently, but it’s actually 70p; and we think crime is rising, though it’s been falling for years!

The early numbers about this first year of Explore Your Archive are very good. There were at least 200 archives where activities took place. There were open days, exhibitions, talks and the campaign idea of a Story Box really took off. My favourites included: 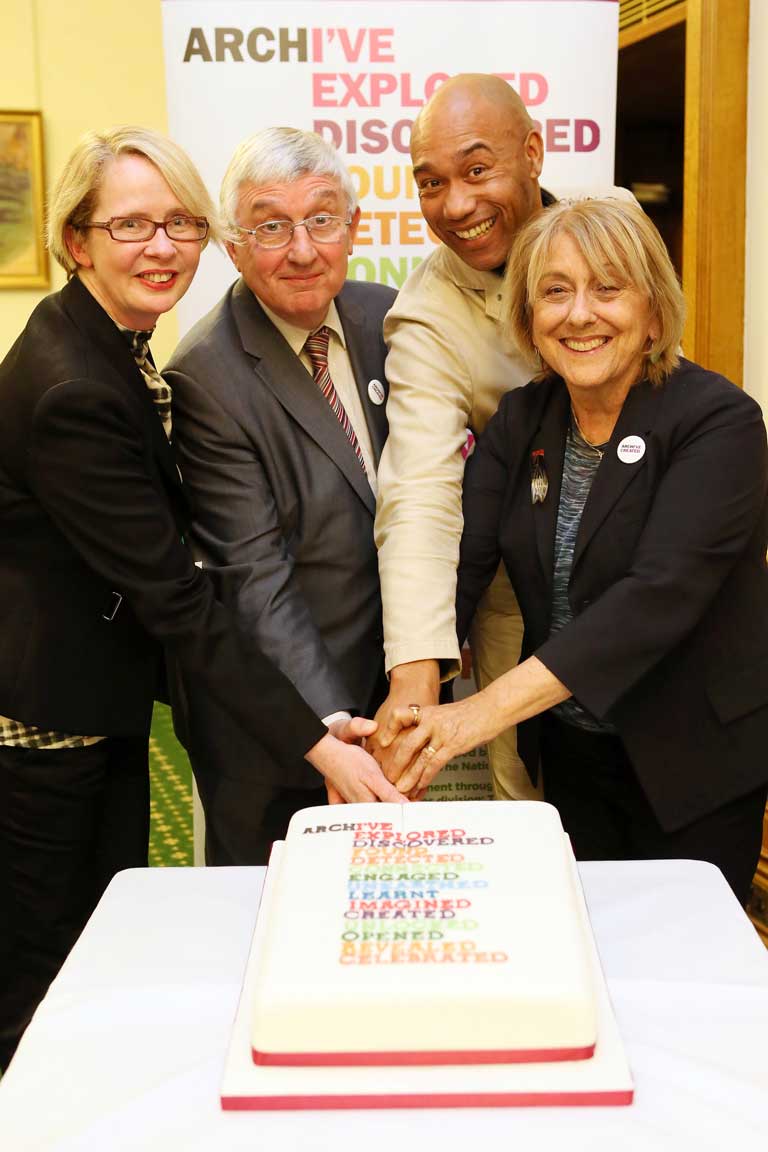 The #explorearchives hashtag was buzzing all the time – more than 2,000 tweets. It’s a bit early to judge the press coverage, but it’s already clear that the local press really embraced their local stories.

Yesterday Dr Hywel Francis, who chairs the All Party Parliamentary Group on Archives and History, sponsored a celebration of the campaign at the Houses of Parliament. This London formal launch followed sister launches in Wales and Ireland. This was a moment to relish: we had a successful campaign under way with much to build on; as a profession we could stand proudly at Westminster – and indeed anywhere – and be listened to; and so many wonderful stories from archives were out there, being marvelled at.

Yes, a very good week. Well done everyone. I hope you had fun too.

This week saw the launch of Explore Your Archive, a new campaign for archives, which highlights the value of local, university, business, specialist, private and national archives. Archive services across England, Wales, Scotland, Northern Ireland and Ireland are sharing inspiring, surprising and enticing stories from their collections. Have a look at the website to find an event near you and be inspired to Explore Your Archive.