Next year marks 100 years since some women were allowed to vote in parliamentary elections and 90 years since women got the vote on equal terms to men.

Today we’re celebrating one of the key leaders of the British women’s suffrage movement: Emmeline Pankhurst.

14 July was an important day in Pankhurst’s life. It was both the date she claimed to have been born (although her birth certificate records this as 15 July 1858) and a day that held great significance to her as she lived her life in the shadow of the radical tradition of Bastille Day.

Pankhurst was the leader of the Women’s Social and Political Union (WSPU), one of the predominant suffrage organisations involved in campaigning for votes for women. The WSPU was known for its militant actions, and became known as ‘suffragettes’ (a Daily Mail slur that was reclaimed by the movement).

The National Union of Women’s Suffrage Societies (NUWSS) was the predominant constitutional organisation, often known as the ‘suffragists’, although many other societies also existed, and many men and women were members of multiple societies.

Emmeline Pankhurst constantly interacted with the government, which leaves us with a wealth of records around her involvement in the suffrage movement. She was arrested, and evaded capture, many times for the cause.

While acts of militancy were often instigated by individuals they were actively advocated by the WSPU, such as the window smashing campaigns of 1912 and the targeting of individual cabinet ministers.

Our records contain prison petitions in Pankhurst’s own words asking for suffragettes to be treated as political prisoners, as well as items seized from WSPU headquarters; they give fascinating insights into her activities. 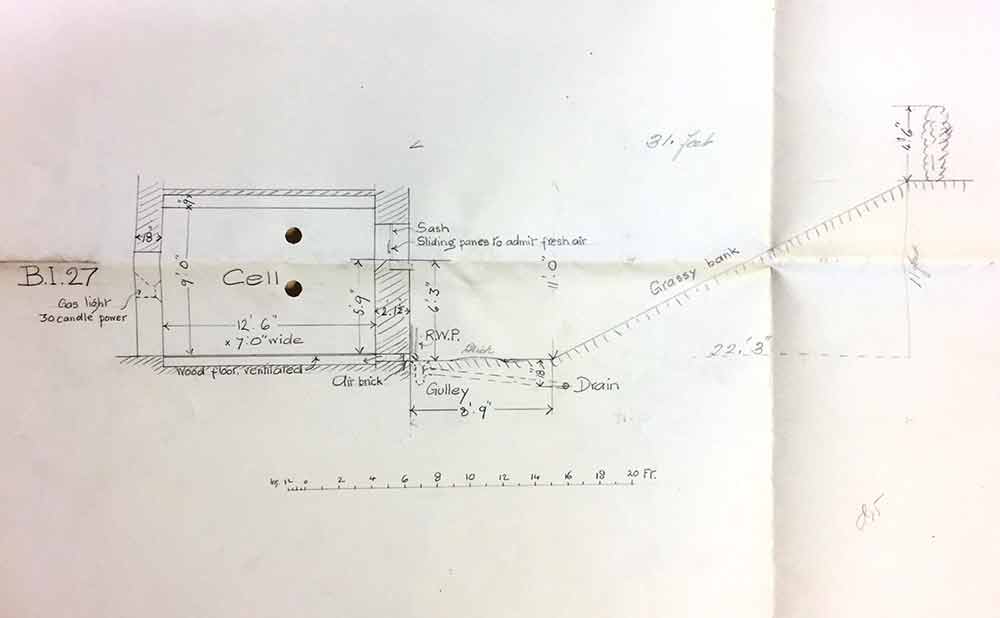 Pankhurst was not a flawless character; along with daughter Christabel she had a reputation for being authoritarian. Additionally, militant methods were often divisive. While historians disagree about their effectiveness, our records show the huge impact militant actions had across government.

The range of records we have relating to the women’s suffrage movement is vast, from medical reports on hunger-striking suffragettes to newspaper clippings on arson attacks, collected by the Home Office. Although our records come from a government perspective, a surprising number include suffrage supporters’ own words, through pamphlets seized by the police or even verbatim speeches captured by undercover officers.

Indeed, in 1913 when Emmeline Pankhurst spoke at the Hampstead branch of the WSPU at Hampstead Town Hall the full text was recorded in a Home Office file on Suffragettes’ activities and meetings. The meeting was opened by Henry Nevinson, founding member of the Men’s League for Women’s Suffrage, who firstly spoke about how he believed women had been betrayed by the government. Pankhurst then spoke, justifying the use of militant means.

Part of her speech is pictured below, as it appears in Home Office files. The following words really stand out: 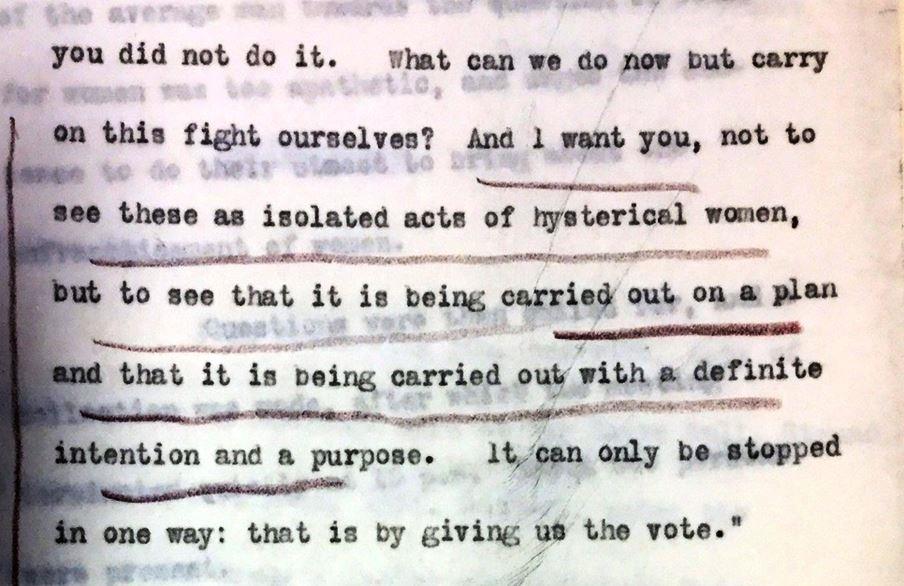 Excerpt of Emmeline Pankhurst 1913 speech’s from a meeting of the Hampstead branch of the WPSU, found in a file on Suffragettes’ activities and meetings (catalogue reference: HO 45/10695/231366)

Fundamentally, our records represent this side of the movement: a mass movement of networks and organisations, militant and constitutional, who worked with organised aims and goals across the country. The suffrage movement was represented in the press at the time, and often since, as a small group of unorganised, irrational women. 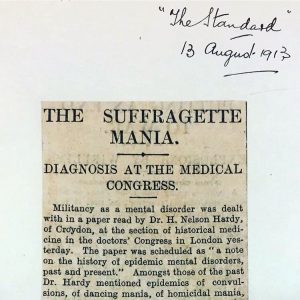 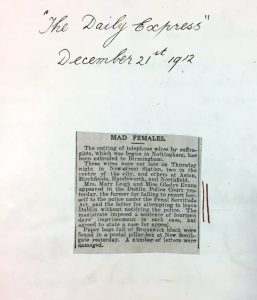 While it is great to celebrate figureheads, such as the Pankhursts, the strength of the movement lay in the foot soldiers who were willing to fight alongside them. The Home Office Amnesty from 1914 records 1,224 women and 108 men who were imprisoned between 1906 and 1914 for offences committed for the votes for women campaign (read more about this in another blog post). These numbers only reflect those arrested, not the people who avoided arrest or campaigned constitutionally; they represent the tip of the iceberg of the movement and the records we hold.

This was clearly a national, mass, organised movement. 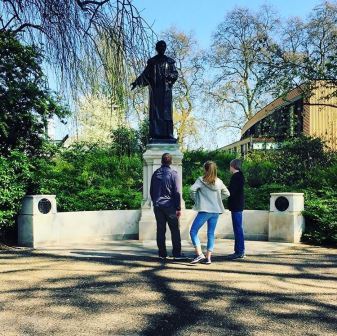 On Thursday 14 June 1928 Pankhurst died, only weeks before the Conservative government’s Representation of the People Act (1928) extended the vote to all women over 21 years of age in July 1928. Millicent Fawcett, the leader of the NUWSS, was still alive and attended the parliament session to see the vote take place.

Emmeline was commemorated two years later with a statue in London’s Victoria Tower Gardens, on which we also hold records. It was unveiled in 1930 by the Prime Minister, Stanley Baldwin, who had opposed votes for women.

Our collection of suffrage records we hold is vast – the majority have not been digitalised – and I would encourage you to explore them; you can use our research guide to find what might be of interest to you, or sign up for a webinar on tracing your suffrage ancestors.

This day also seemed like the perfect opportunity to introduce some of our work promoting our amazing records about the centenary of the Representation of the Peoples Act, which enfranchised millions of women over the age of 30, albeit on unequal terms with men. We will focus some of our public programming on this pivotal moment in women’s history; our next event is ‘Performing suffrage: theatre, actresses and activism‘.

Our records provide many insights into the movement for women’s suffrage and help challenge perceptions around the movement, diversifying and contesting accepted narratives. We look forward to sharing more of this with you through blogs and events.