It’s 100 years since the Omega Workshops were founded by the painter, designer and critic Roger Fry in July 1913, although many of the designs created there still look strikingly modern today. The designers who worked for Omega were almost all fine artists, including Vanessa Bell, Duncan Grant and other members of the Bloomsbury group, and they introduced an avant-garde artistic style to domestic design. 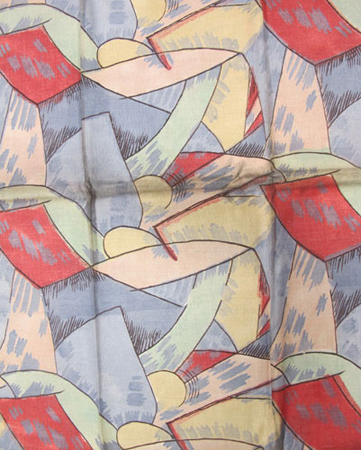 The Omega artists produced a wide range of products, including murals, mosaics, stained glass, furniture, pottery and textiles, and aimed to close the gap between fine and decorative art. Their work was bold and abstract, reflecting the influence of Post-Impressionism, Fauvism and Cubism. Fry felt that items should be bought for their aesthetic appeal, not because they were designed by a particular person, so none of the work was signed, but instead carried the Greek letter Omega.

The Omega Workshops registered a number of textile designs for copyright in July 1914, just before the outbreak of the First World War. As The National Archives holds records of registered designs (the Designs Registry was part of the Board of Trade), we have samples of these striking designs, submitted as part of the copyright process. 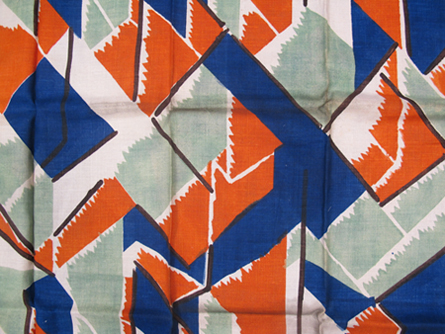 ‘Amenophis’ (BT 52/3037/109908), was designed by Roger Fry as a furniture fabric, although Omega textiles could also be used as dress materials. It is radically different from the mainstream designs of the period, and shows the influence of contemporary painting. ‘Maud’ (BT 52/3037/109911), designed by Vanessa Bell, is also a printed linen, and is thought to have been named after the society figure Lady Maud Cunard. 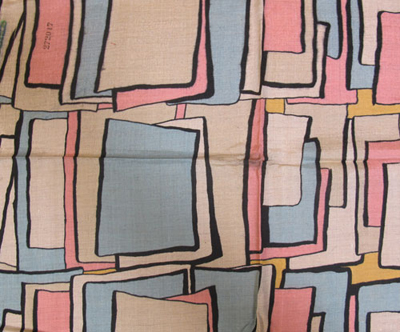 The Omega designs set a fashion for abstract patterns in textiles, and this is reflected in designs registered by ‘Gabrielle Chanel (a French citizeness)’ – better known as Coco Chanel – including this lightweight wool and silk fabric (BT 52/4079/272016), registered in February 1929. 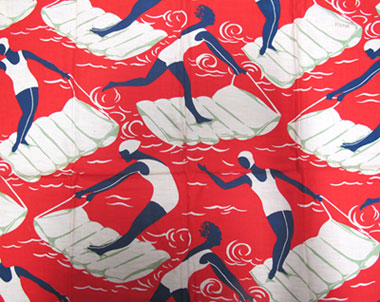 The 1930s saw the rise in popularity of Art Deco, with its use of strong colours and angular, geometric shapes. These two vibrant designs for dress fabrics, registered by the Calico Printers’ Association, typify the style. ‘Surfers’ (BT 52/5373/372726), registered in April 1937, shows women in fashionable costumes surfing on lilos, while ‘Matelot’ (BT 52/4900/344710), registered in November 1934, has a motif of dancing sailors and flying seagulls. 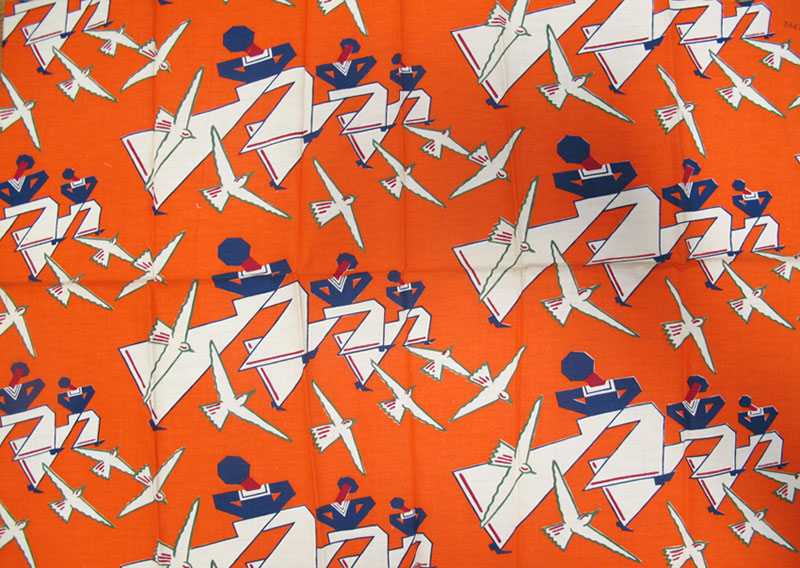 The Calico Printers’ Association, formed in 1899, was an amalgamation of 46 printworks and 13 merchant businesses, totalling about 85 per cent of the calico printing industry in Britain. Many of the firms kept their specialisms and encouraged their designers to explore abstract patterns and the latest colours, resulting in many inventive and lively designs. 1  The National Archives is a valuable source of examples of work produced by the Association, which registered many of its designs for copyright.