You can search naturalisations from 1870 to 1980 online now that the naturalisation catalogue enhancement project has recently been completed. All those who successfully applied for British nationality in the United Kingdom and some who applied in British colonies overseas from 1870 to 1980 can now be searched for by name on The National Archives catalogue. Descriptions at item level (some 300,000) have been added to the catalogue in the Home Office record series HO 334, which are duplicate copies of the naturalisation certificates issued to the individuals concerned. This means you no longer have to come to The National Archives to consult the old Home Office printed indexes in series HO 409 to identify people who naturalised. As well as searching by name these records can also be searched by nationality and place of residence (county or town), which is recorded from 1878. 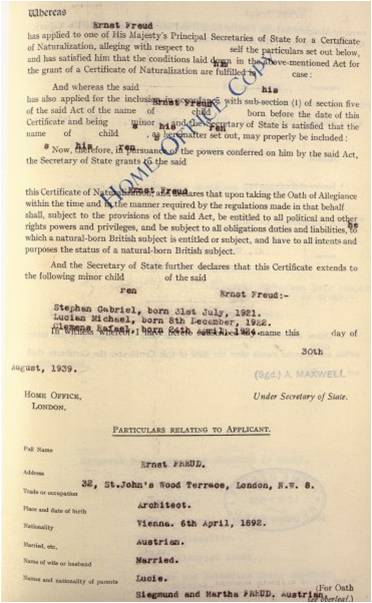 Duplicate certificates for naturalisations granted in the UK between June 1969 and 1980 have not survived. For the period between 1969 and 1980, where there are no surviving duplicate certificates of naturalisation in HO 334, we have created items within the HO 409 series, allowing people to request copies of those index page entries, as required. These entries (some 35,000 of them),  relate to certificates issued in the UK, prefixed with a zero “0”. So, between 1969 and 1980 you should search across both series HO 334 and series HO 409. By working from the original documents, the project has unearthed several hundred certificates not indexed in HO 334 (mainly for military service personnel). It has also identified a number of typing errors in the HO 409 typescript indexes, allowing us to open up these certificates for the first time. 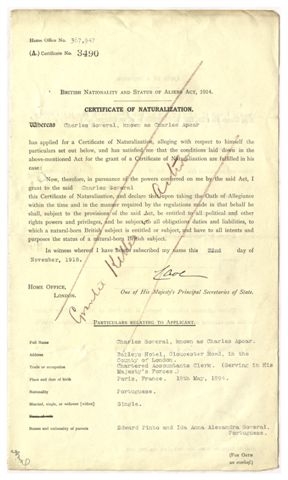 This enhancement project complements the descriptions for naturalisation case papers in series HO 1, HO 45, HO 144 and HO 405 which for some time have been searchable by name on the catalogue, from 1789 through to the 1950s and 1960s. Now the applications and certificates are cross referenced. The applications or memorials from 1789 to 1934 are in HO 1, HO 45 and HO 144, and are the background papers for those successfully applying for naturalisation. HO 405 are the surviving background papers pertaining to naturalisations in HO 334 after 1934, but at present we only have papers for applicants whose surnames begin A to N. Those for O are in the process of being transferred, while papers for surnames P to Z are still with the Home Office. 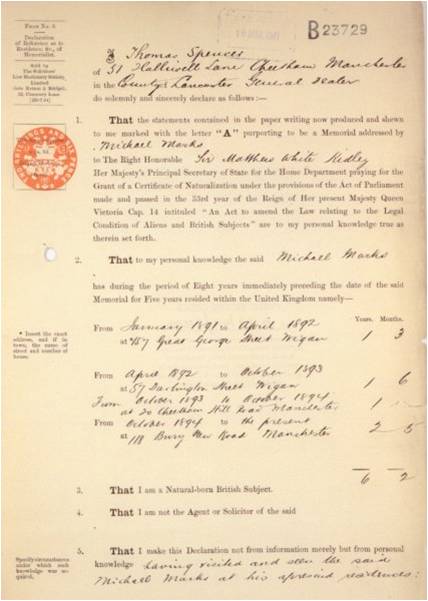 These records and the enhanced descriptions provide rich data for family, social and local historians, and allow researchers to order copies online without the need to visit Kew.