There has recently been a series of blogs highlighting the PRO 23 project, which is an ongoing piece of work focused on digitally safeguarding The National Archives’ collection of 7,700 wax seal moulds, and making them available in the online catalogue, Discovery.

The project is being undertaken by a team of seven volunteers, of which I am one. I first learnt of PRO 23 through talking with project leader Amy Sampson when I was looking for new volunteering opportunities. I was already working on another project at The National Archives, but I wanted to get more involved in the organisation.

Learning about a project that involved seals appealed to interests I’ve held since my youth. The digitisation aspect attracted me too, and reinforced a strong belief in embracing modern technology in order to preserve our past for future generations. I am passionate about what the project aims to do.

PRO 23 is unlike any other project I have been involved in, and combines differing interests – heraldry, palaeography, art history – with ongoing skills development. The process involves working with Excel spreadsheets, scanning software and Photoshop.

Recording each seal mould begins by scanning it at a high resolution. Further amendments are made using Photoshop to reveal the true definition of the seal mould. This is the process that I enjoy the most. I have a highly visual background, and the sheer detail and beauty of the seal moulds is wonderful. Even if the original seal or mould has been damaged, the images can reveal the craftsmanship of the original engraver. This in itself is appealing, as it connects with the past, in person. 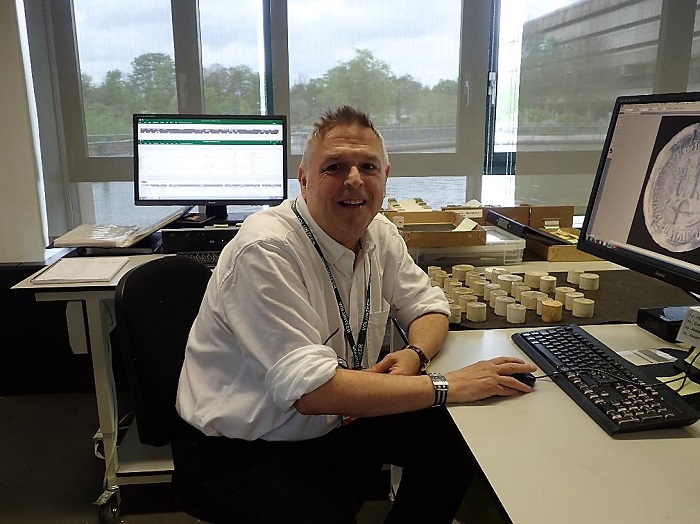 Re-touching an image of a seal mould in Photoshop

Having no previous familiarity with such tasks, the project has presented me with a new challenge and a great learning experience. This is especially true of the process of metadata capture, which creates the basis of a catalogue entry. Each entry requires us to verify details, such as the name of the seal owner, its date, colour and dimensions. Added to these is the essential ‘parent document’ reference, which will help researchers to find the original seal in the collection. 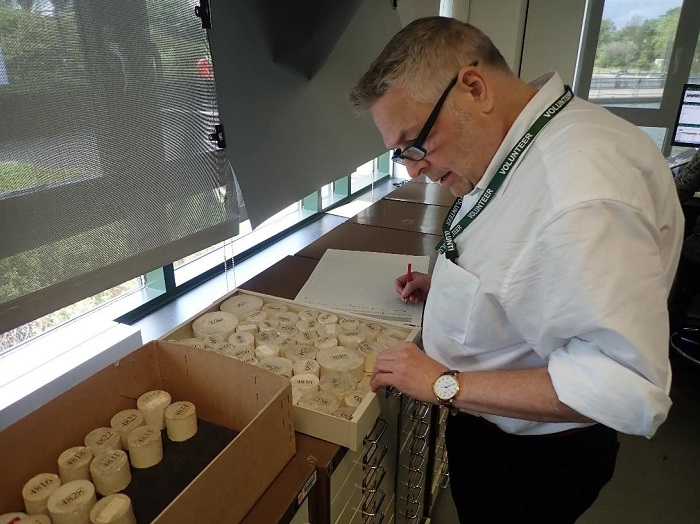 Moulds being prepared for scanning

Bringing the past to life

This part of PRO 23 brings the past alive for me. At present, we are working on Personal Armorial seals. Within this group, there are beautiful images belonging to a variety of members of medieval society, ranging from merchants to the nobility. One of my favourite images is that of Richard de Beauchamp, a knight within the court of Henry VII, and father-in-law of Warwick the Kingmaker, Richard Neville. The precise detail of this seal mould is engrossing. From the fine detail of the shield as ‘couchant’ to the bears on ragged staffs and the swan’s neck upon the helm, the image is clear and engaging. Such images bring to life and animate our ancestors, as if they are urging us to recall and represent them for the future. 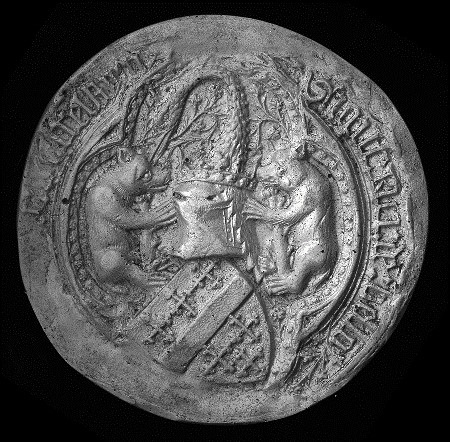 Bringing the past to life is continually fascinating, and PRO 23 emphasises the importance of our doing so. The implicit relationship and connection to the past and to our predecessors is made clear through this project. It is also means that future generations will be able to access such records, so that the ephemeral images and personalities of the past endure.

Justin Lyon is a volunteer with the Collection Care department at The National Archives.