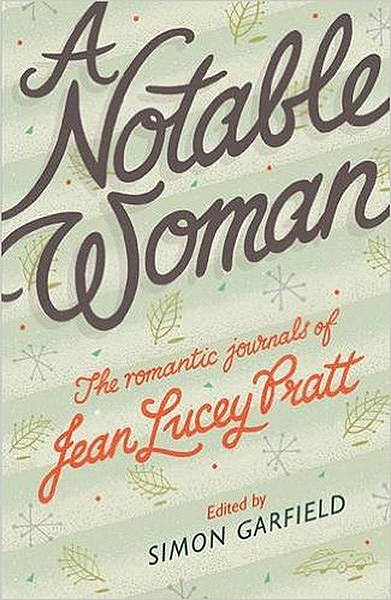 Front cover of A Notable Woman

Apparently diary keeping is having a resurgence. Who among us hasn’t kept a diary at one time or another? Usually as a spotty adolescent cresting the hormonal wave, confiding private hopes and fears to the uncritical blank page. I know I did. I started age eleven in a pretty little blue flowered journal with a lock, given to me one Christmas by an indulgent aunt. I ceased some five years later when the bedside cabinet couldn’t hold anymore tear-stained exercise books.

I’d like to say I stopped when I got a life, but sadly I can still remember back that far (just) and I think that it was just creeping inertia and a sense of depressing even myself.

But my personal journals (very far) aside, diaries from Samuel Pepys to Nigel Slater (a diary with recipes, be still my beating heart) are an amazing source of information and entertainment. Even with published diaries there is that frisson of excitement which comes from reading someone’s intimate thoughts. Before you claim the moral high ground, who has not, or would not, sneakily read pages of an unguarded diary if the chance arose (‘I was just dusting the back of that locked cupboard in your bedroom when it fell out, open, honestly’). For historians and archivists, diaries are treasure troves. They provide an emotional framework to life and times which cannot be found in official reports.

One of the most interesting and far-reaching diary exercises was the Mass Observation Project. Begun in 1937 and lasting through to the 1960s, this social history experiment aimed to record all aspects of life in Britain chiefly via the words of untrained volunteers. There were also paid recorders who noted down people’s conversations and behaviours at work and in the street. I like to think that reading other people’s diaries might have been a dream job, although I have a sneaking suspicion that the universal law of talkback radio might apply to budding diarists: anyone who wants to ring in to radio talkback immediately disqualify themselves from having anything sensible to say. But among toads lurks the odd prince, and this inspired project resulted in a detailed and fascinating record and some true gems. If you are interested in background to how the project came to be, look to David Hall’s Worktown about the Bolton experiment which grew into the Mass-Observation movement. 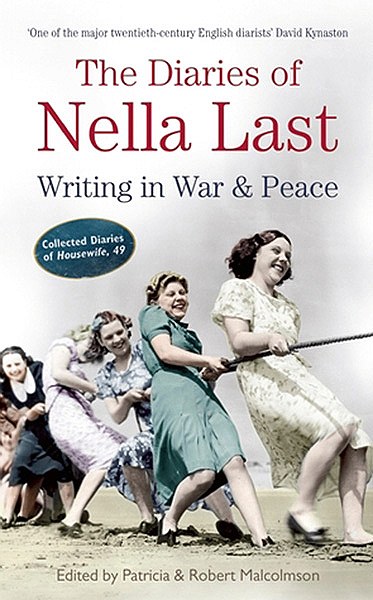 Front cover of The Diaries of Nella Last

The Mass Observation archive is now housed in The University of Sussex and is a tremendous resource for researchers, film makers, historians, novelists and the just plain nosy. Some of the diaries have been published as stand-alone books. Although some are now sadly out of print (seek out a second-hand edition of The Wartime Diary of Naomi Mitchison, 1939-1945 and Love and War in London: The Mass Observation Wartime Diary of Olivia Crockett), you can – and indeed should – still read The Diaries of Nella Last. What is most absorbing is that although she’s writing for the project and living through the fabled ‘interesting times’, it is most often the petty squabbles and personal asides which put flesh on the bones of great events and make this such a moving and profoundly human document.

Jean Lucy Pratt was also part of the Mass Observation project but she also kept her own private journal before and after the project itself; this has been edited in a handsome edition by Simon Garfield. These personal entries are the ones we want to read, the regrets and heartaches, the flashes of pettiness, the loneliness but above all the resilience of a truly amazing woman who wrote with wit and charm. ‘I want to fall in love again’ she writes, ‘I want to fall in love with someone who will fall in love with me.’ Garfield’s previous work, Our Hidden Lives, is also worth seeking out. It examined the lives of a number of the diarists in Mass-Observation.

Grab a copy of Jean Lucy’s diary. Glory in its genuineness and the incongruous juxtapositions, at one moment panting over the Vicar’s locum, the next musing on the consequences of Chamberlain’s resignation.

And if you have acquired a taste for diaries and feel like moving a little closer to today, make a note that Alan Bennett’s Diaries 2005-2015 have just been acquired by Faber and will be published in October 2016 – just in time for Christmas.