The ‘Great Crusade’: D-Day, Operation Overlord and the invasion of occupied north-west Europe

Seventy-five years ago today, the largest air and seaborne invasion force in history crossed the English Channel and successfully conducted an opposed landing on the beaches of Normandy, establishing a foothold in occupied France. An extraordinary feat of combined operations and logistics, this was the first step towards the liberation of the continent from the west, but also marked the beginning of nearly another year of bitter fighting that would take the Allied armies all the way to Berlin. 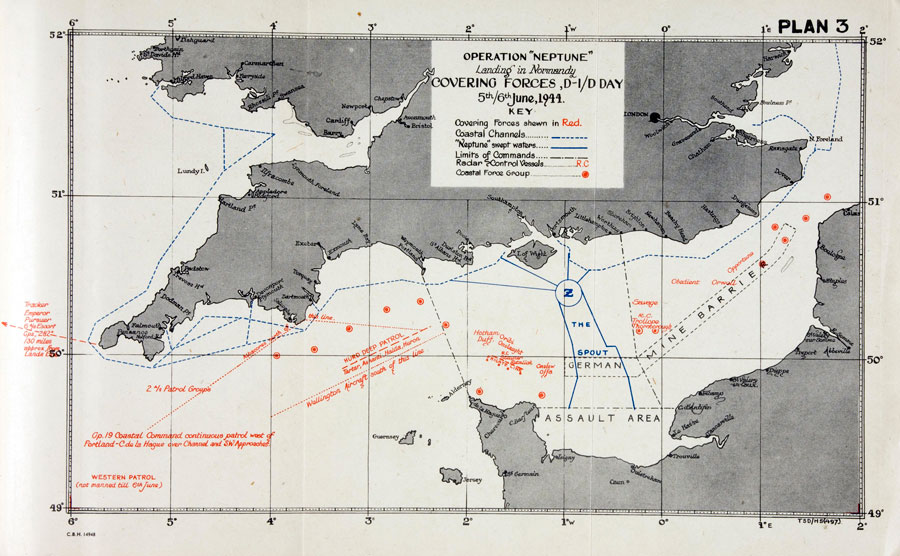 Preparation for the assault stretched back months and it was perhaps the most meticulously and intricately planned of all the Allied operations of the war, calling not only for seamless collaboration between all branches of the armed forces but also between a coalition of nations. Originally scheduled to take place on 5 June, inclement weather the day before led to a 24-hour postponement, forcing some of the assaulting forces already at sea to turn back. Facing a brief window of calmer seas and workable tides over the next two days or a much lengthier delay, the Supreme Commander of the Allied Expeditionary Forces, General Dwight D Eisenhower, gave the go ahead for Operation Neptune at dawn on 5 June. This was the assault phase of Operation Overlord, the code name of the wider invasion of occupied north-west Europe. 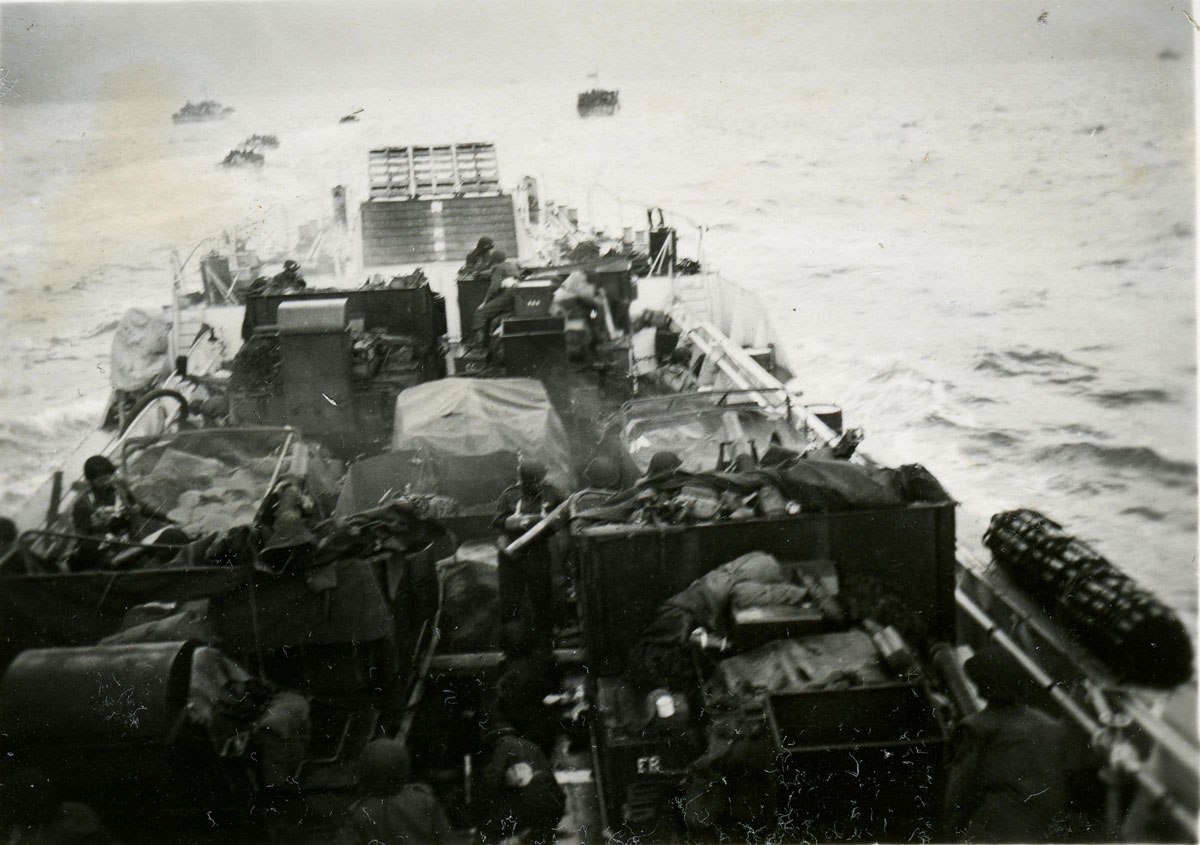 What happened next was as much an organisational and logistical exercise as it was a battle. By the time the seaborne forces were underway and navigating the channels carefully swept for mines, airborne units were already on the ground – the first having landed in gliders shortly after midnight to capture the Caen Canal and River Orne crossings to secure the British left flank. The naval forces that left ports along the English coast on 5 June arrived off the French coast in the early hours of the next morning. With the naval bombardment beginning shortly before 05:30, the assaulting infantry took to their landing craft in the deafening noise, and specialist tanks – amphibious and able to proceed to the beaches under their own power – were released in support. 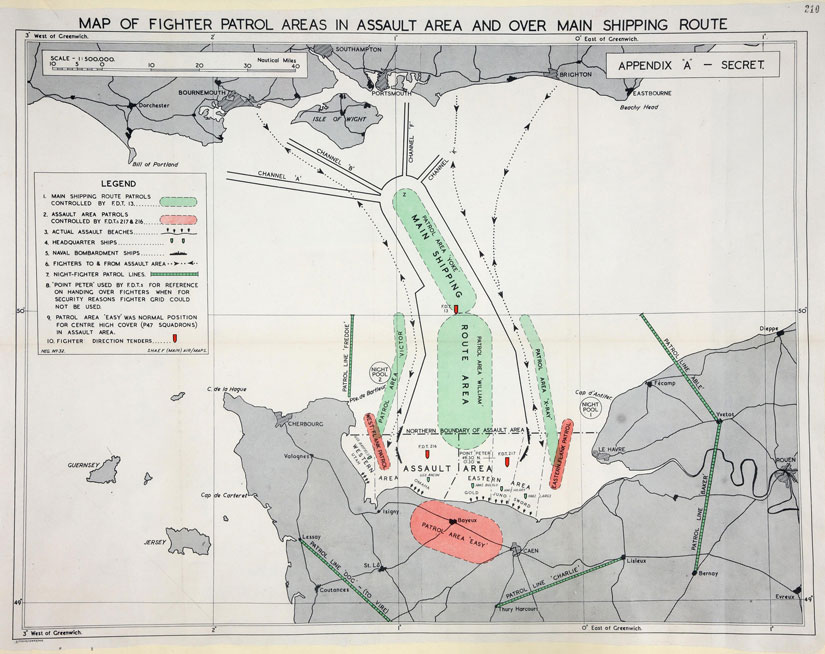 Map showing fighter patrols in the assault area and over the main shipping routes during Operation Neptune (catalogue reference: MPI 1/450/1)

On Gold, Juno and Sword – the British and Canadian beaches – opposition was overcome relatively swiftly, in part thanks to the availability of armoured support as the infantry landed, which helped to neutralise strong points and clear obstacles from the beaches. Similarly, and despite some navigational issues, on Utah the Americans overran the defences relatively quickly and established themselves inland. Only on the other American beach, Omaha, was the full horror of a ferociously opposed landing realised, in part due to the nature of the geography and surviving defences, in part due to the lack of armoured support for the first waves. Though costly, bloody and nearly ending in disaster, even here the story was one of success come the end of the day. 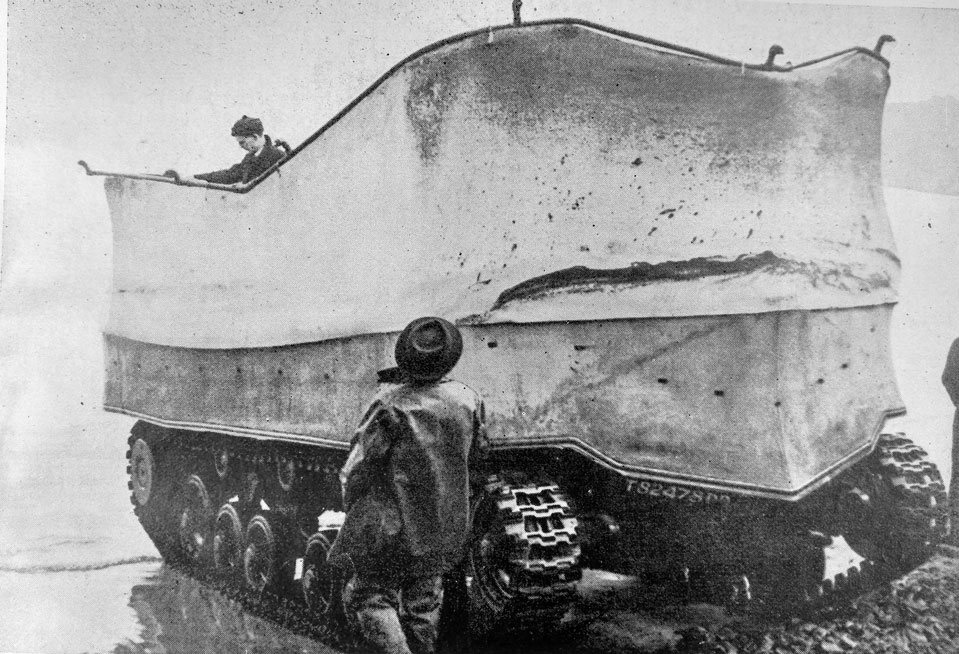 Within five days of 6 June, the Allied bridgehead was 50 miles wide and 12 miles deep. Though later analysis would show that the Allied armies landed fewer men and materials than they had hoped, they had nonetheless orchestrated an extremely complex and effective invasion of a fortified landing ground. As well as extensive deception operations, this had involved an aerial and seaborne bombardment, the seizure of key points inland by airborne forces, the shipping and construction of temporary harbours and, of course, an opposed landing by infantry and armour on the beaches themselves. It was, without question, a tremendous success. 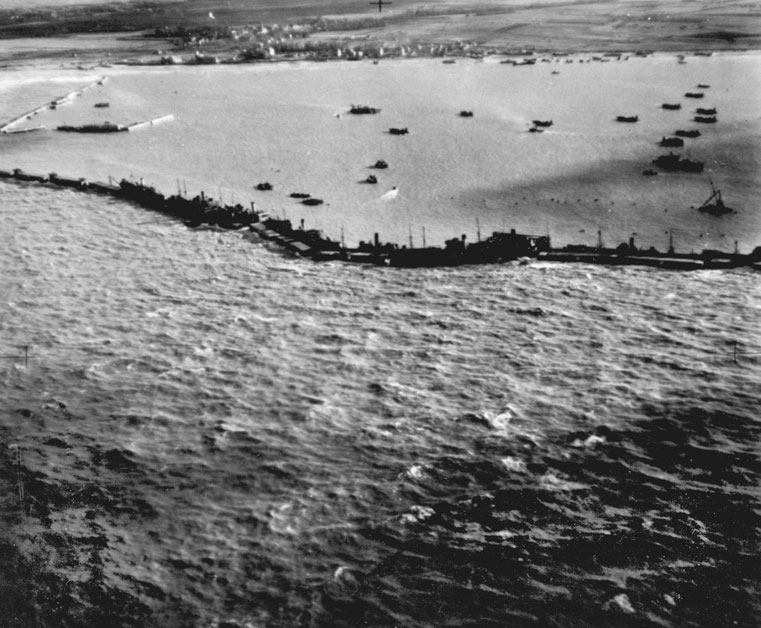 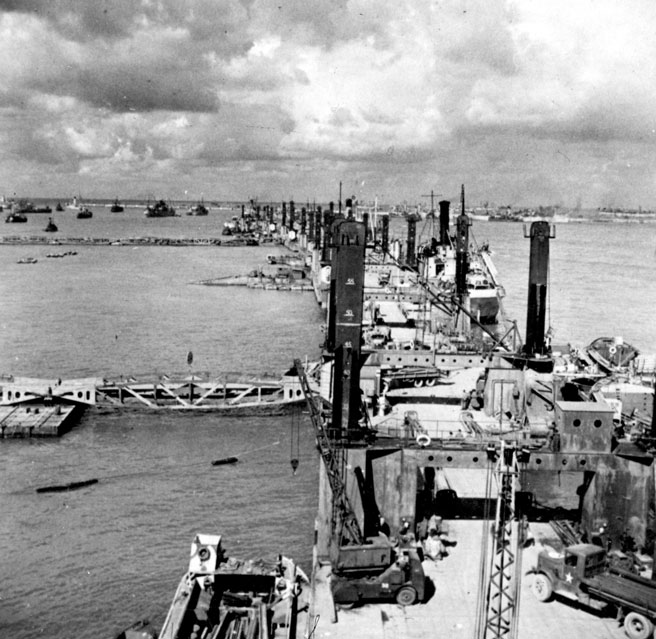 View along one of the Mulberry harbour pier heads (catalogue reference: DEFE 2/499)

The landings of 6 June 1944 were not unique to the war. Similar operations had taken place in 1942 with the abortive Dieppe Raid and the much more successful invasion of French North Africa in Operation Torch in November. Further successful landings took place in Sicily and Italy the following summer, as Allied forces pushed the enemy back from its more distant strongholds. It is the Normandy landings, however, that capture the popular imagination, largely thanks to the fact they have been immortalised in film, but also because of their scale and perceived significance to victory. Though unquestionably momentous, victory on the beaches did not precipitate a collapse of the German forces in France, and the fighting that followed was hard and victory in Europe was not realised for almost another year. At least for the Western Allies, however, 6 June marked the beginning of the end of the war. 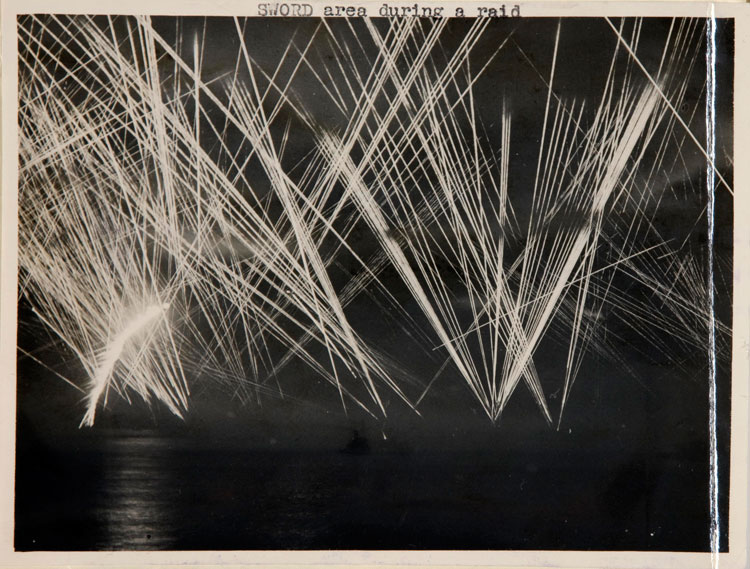 Given the scale and complexity of these operations, it is impossible to condense meaningfully the finer points of the D-Day landings into a single blog, let alone tell the hundreds-of-thousands of individual tales of those who fought through it. As the official archive of the British armed forces, however, The National Archives holds the largest collection of unique contemporary records that tell the story of the British campaign and what came afterwards. 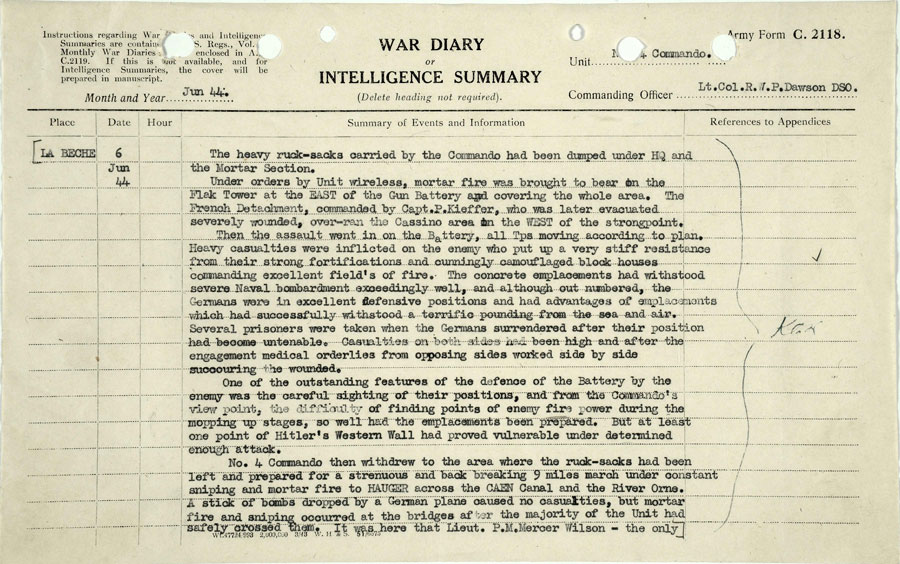 War diary of No. 4 Commando, which landed in the Sword area (catalogue reference: DEFE 2/40)

Our general guide to researching British government and military records of the Second World War is a good place to start, but the following in-depth guides explain how to find the operational records of the Royal Navy, the army and the Royal Air Force:

The term ‘Great Crusade’ is extracted from an order issued by General Dwight D Eisenhower ahead of the D-Day landings. It can be viewed online on the website of the US National Archives and Records Administration.