When Indian troops 1 first arrived in France from the end of September 1914, they were greeted with flowers and gifts, a signal that the French were very grateful for their contribution. Our records illustrate the moment. In a diary entry from 8th (Jullundur) Infantry Brigade, the entry for the day conveys the warmth of the reception:

‘During my journey from MARSEILLES the troops had a magnificent reception from the people. Crowds were gathered at the stations where troop trains stopped and in many places along both sides of the Railway who cheered the troops. Along the whole route fruit of all kinds, coffee, biscuits & flags & flowers were given to the troops by the French people. Nothing could have exceeded the kindness & hospitality with which the French Civilians & soldiers received all ranks.’ 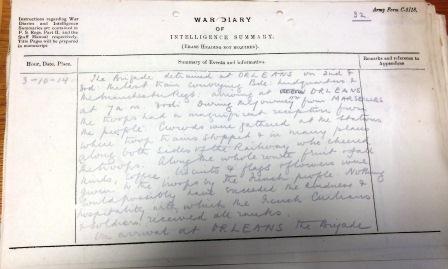 This sense of gratitude was extended when the Indian Comforts Fund 2 was set an express target to provide comforts to Indians serving on the Western Front, unable to go home. Our records capture something of this sense in the correspondence from Sir Walter Lawrence (who had been appointed Commissioner for the Welfare of Indian Troops) to Lord Kitchener (Secretary of State for War and a Cabinet Minister). Nearly hundred years to the day, Lawrence writes to Kitchener on 14 Dec 1915 saying that the little things count and that the Indians are impressed by the care taken about their religious/ caste observances and extremely grateful for the temporary mosque and arrangement for reading holy scriptures. 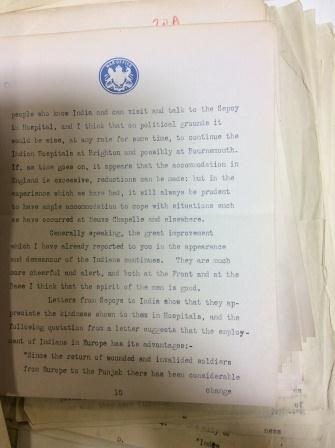 Lawrence’s letters also provide important insights into the very personal matters and feelings of the sepoys, and their keeness to get back home and look after their affairs, ‘The hundreds of Sepoys’ letters which I have read show that Sepoys serving in Europe are genuinely anxious to get back home to look after their affairs. Their enemies in the village are trying to seize their land; they have trouble about their debts; and they are anxious to look after marriages and other domestic details which form so important a part of the life of an Indian’ 3. This has been the starting point for our new Outreach project on the theme of care and comfort which aims to explore some of the stories behind the official records as a way of engaging new and diverse audiences, building on earlier outreach activities:

Using a series of creative writing and craft activities, participants have started to make items and convey messages that start to simulate what may have been going on for troops and families from around the world in the First World War. This is proving to be a powerful way of engaging diverse communities with a story that many may feel is either not relevant to their lives or very remote. And this is important, maybe even a way of using accounts of colonial service as a way of building and renewing harmony and cohesion in these troubled times 4 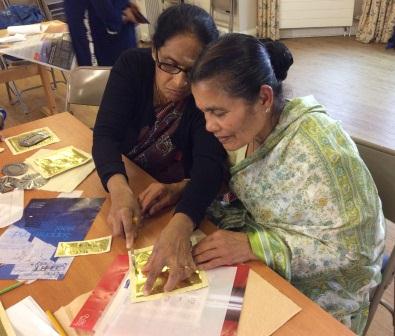 The above is a photo of the Neighbourly Care group in Southall making lids out of brass for gift boxes inspired by Princess Mary gift boxes 5, personalising these to reflect their own cultural backgrounds. 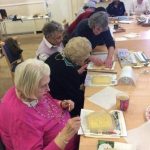 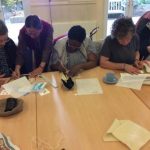 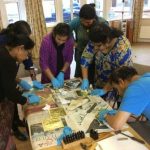 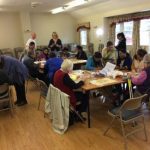 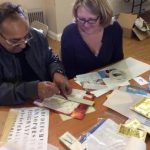 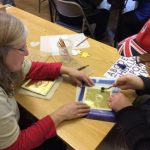 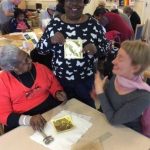 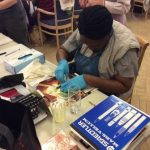 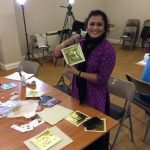 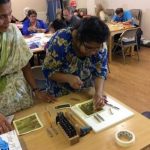 In a subsequent workshop people were invited to write a letter to someone serving in the war, including a personal message as to why they are sending a gift box and what they hope to achieve by sending it. The following is a letter written in Tamil with English translation:

‘Dear Soldier Raju, I saw in picture you are carrying First Aid Bag. Therefore I will give a gift box for you. Its mango drink and chocolate cake and Sound of Music cassette also I like to give some Jasmine flowers. Thank you, Your Friend’ 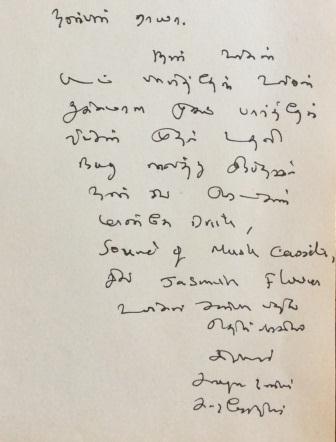 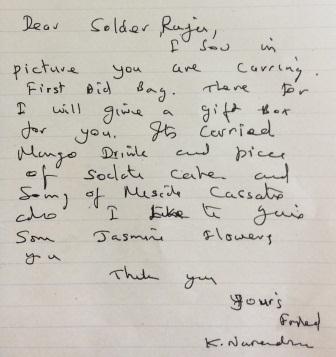 Our records capture the official voice, however within these records reference is made to those very personal voices of the sepoys too. Whilst we do not have the personal letters that exist in other collections, we have a way through our records to engage new audiences. At a recent talk, Dr Santanu Das suggested that whilst the colonial record may appear to show the imperial view, it would be wrong to simply discount the experience of the sepoy contained within that record 6. In the absence of large collections of records capturing the sepoy experience, it is our ability to look closely and imaginatively at the official records, to make connections and to make them relevant to a far larger group of people that is likely to be key. In so doing it provides an important insight into the war, a way for people to access the material and through the telling of very human stories a way of bridging gaps between people by highlighting what we share and not what makes us different.