Collar the lot! Britain’s policy of internment during the Second World War

Seventy-five years ago today on 2 July 1940, the SS Arandora Star, a British passenger ship of the Blue Star Line, was torpedoed and sunk in the Atlantic en route to St John’s, Newfoundland. On board were 712 Italians, 438 Germans (including Nazi sympathisers and Jewish refugees), and 374 British seaman and soldiers. Over half lost their lives. How did this tragedy happen and why were these foreign nationals classed as ‘enemy aliens’ being transported to Canada? To answer this, we need to understand more about the British policy of internment during the Second World War.

Upon the declaration of war on 3 September 1939, some 70,000 UK resident Germans and Austrians became classed as enemy aliens. By 28 September, the Aliens Department of the Home Office had set up internment tribunals throughout the country headed by government officials and local representatives, to examine every UK registered enemy alien over the age of 16 (since 1914 all aliens over the age of 16 had needed to register their details at local police offices, a requirement of the 1914 Aliens Registration Act (4 & 5 Geo. V c.12). The object was to divide the aliens into three categories: Category A, to be interned; Category B, to be exempt from internment but subject to the restrictions decreed by the Special Order; and Category C, to be exempt from both internment and restrictions.

Some 120 tribunals were established, assigned to different regions of the UK. Many were established within London where large numbers of Germans and Austrians resided. There were 11 set up in North West London alone.

By February 1940 nearly all the tribunals had completed their work assessing some 73,000 cases. The vast majority (some 66,000) of enemy aliens being classed as Category C. Most, but by no means all, of the 55,000 Jewish refugees who had come to the UK to escape Nazi persecution in the early and mid 1930s found themselves in Category C. Some 6,700 were classified as Category B and 569 as A. Those classified in Category A were interned in camps being set up across the UK, the largest settlement of which were on the Isle of Man though others were set up in and around Glasgow, Liverpool, Manchester, Bury, Huyton, Sutton Coldfield, London, Kempton Park, Lingfield, Seaton and Paignton. 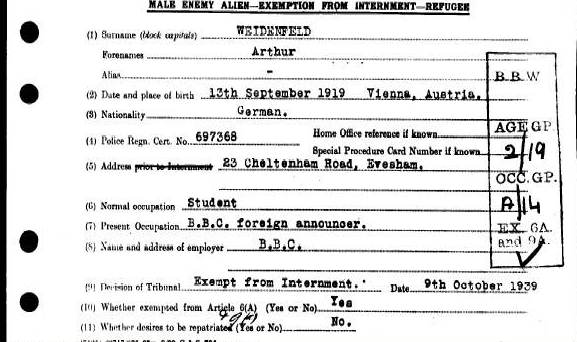 HO 396/98/66: Internmental Tribunal card for future publisher Arthur Wiedenfeld who was exempt from internment because he was a Jewish refugee and was doing useful work as a BBC announcer (foreign programmes) 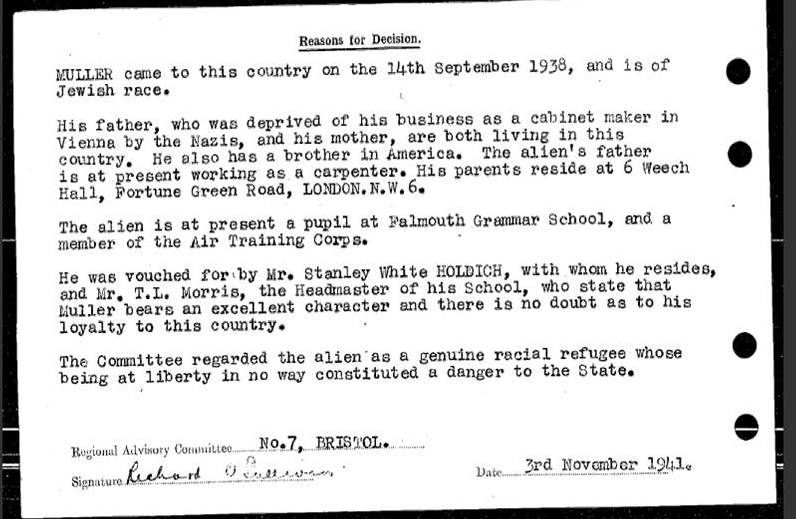 HO 396/63/219: The reverse of the cards can provide detailed reasons why a decision was made not to intern

However, by May 1940, with the risk of German invasion high, regardless of their Category classification, a further 8,000 Germans and Austrians resident in the Southern strip of England, found themselves interned. Resident Italians were also considered for internment following Italy’s declaration of war on Britain on 10 June 1940. Some 4,000 resident Italians who were known to be members of the Italian Fascist Party and others aged between 16 and 70 who had lived in the UK for fewer than 20 years were ordered to be interned.

The increase in numbers of those interned led to a serious space problem within the UK and following offers from the Canadian and Australian governments, more than 7,500 internees were shipped overseas on 24 June and 1, 2, 4 and 10 July 1940 on the vessels, the Ettrick, the Sobieski, the Duchess of York, the Dunera, and the Arandora Star. Tragically, in the early hours of Tuesday 2 July 1940, 75 miles west of the Irish Atlantic coast, the Arandora Star was torpedoed and sunk en route to Canada by a German submarine U-47 commanded by Gunther Prien  (1908-1941), a prolific German U-boat commander. On board were 712 Italians, 438 Germans (including Nazi sympathisers and Jewish refugees), and 374 British seaman and soldiers. Over half lost their lives. 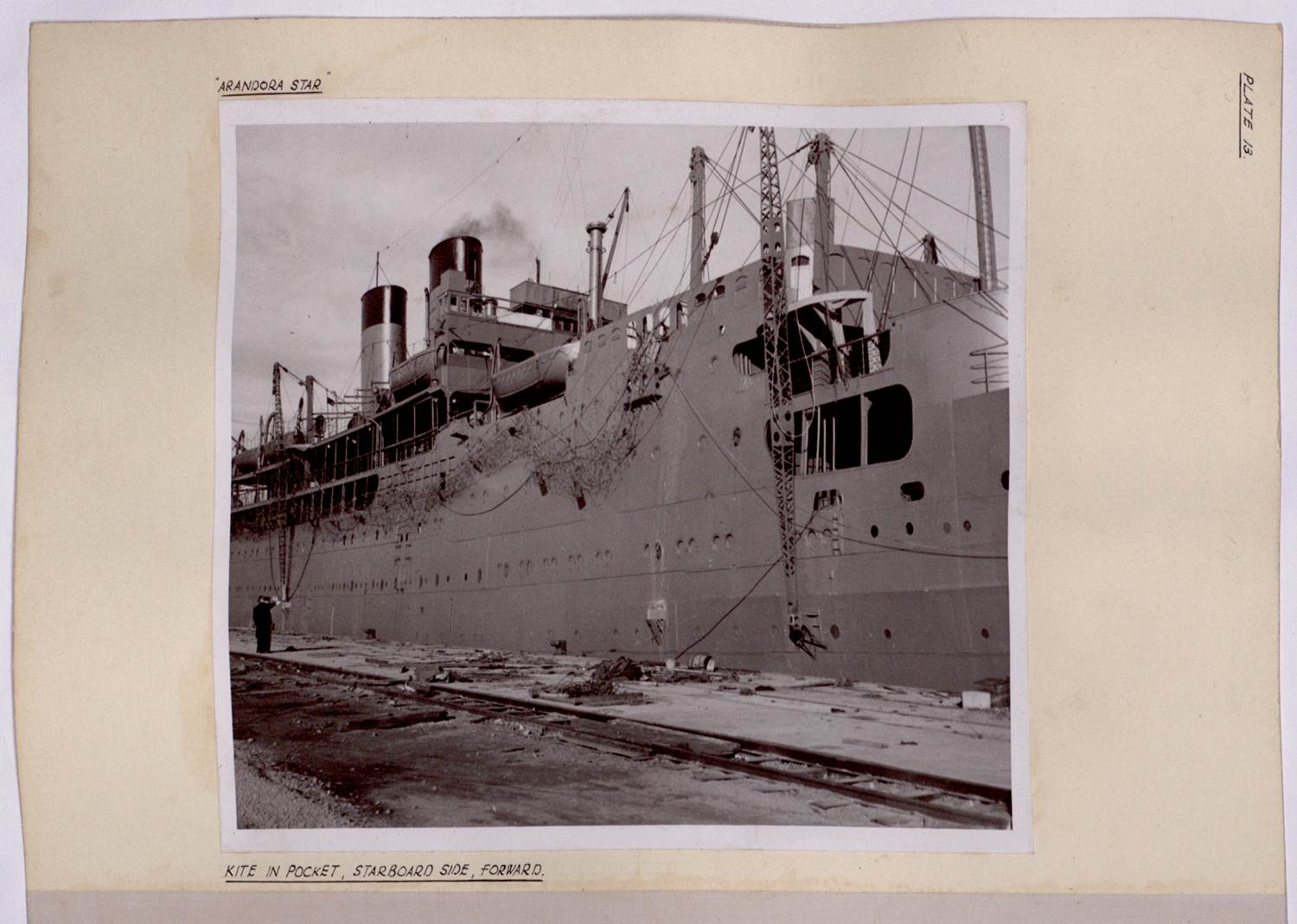 It was this event that swayed public sympathy towards the enemy aliens. The release of 1,687 category ‘C’ and ‘B’ enemy aliens was authorised in August 1940 and by October about 5,000 Germans, Austrians and Italians had been released following the publication of the Under-Secretary of the Home Office, Osbert Peake’s White Paper, Civilian Internees of Enemy Nationality. The Paper identified categories of persons who could be eligible for release. By December 8,000 internees had been released, leaving some 19,000 still interned in camps in Britain, Canada and Australia. Of the released, some 1,273 were men who applied to join the Pioneer Corps. They would be joined by internees in Canada and Australia but here the process of release would take longer. By March 1941, 12,500 internees had been released, rising to over 17,500 in August and by 1942 fewer than 5,000 remained interned, mainly on the Isle of Man. 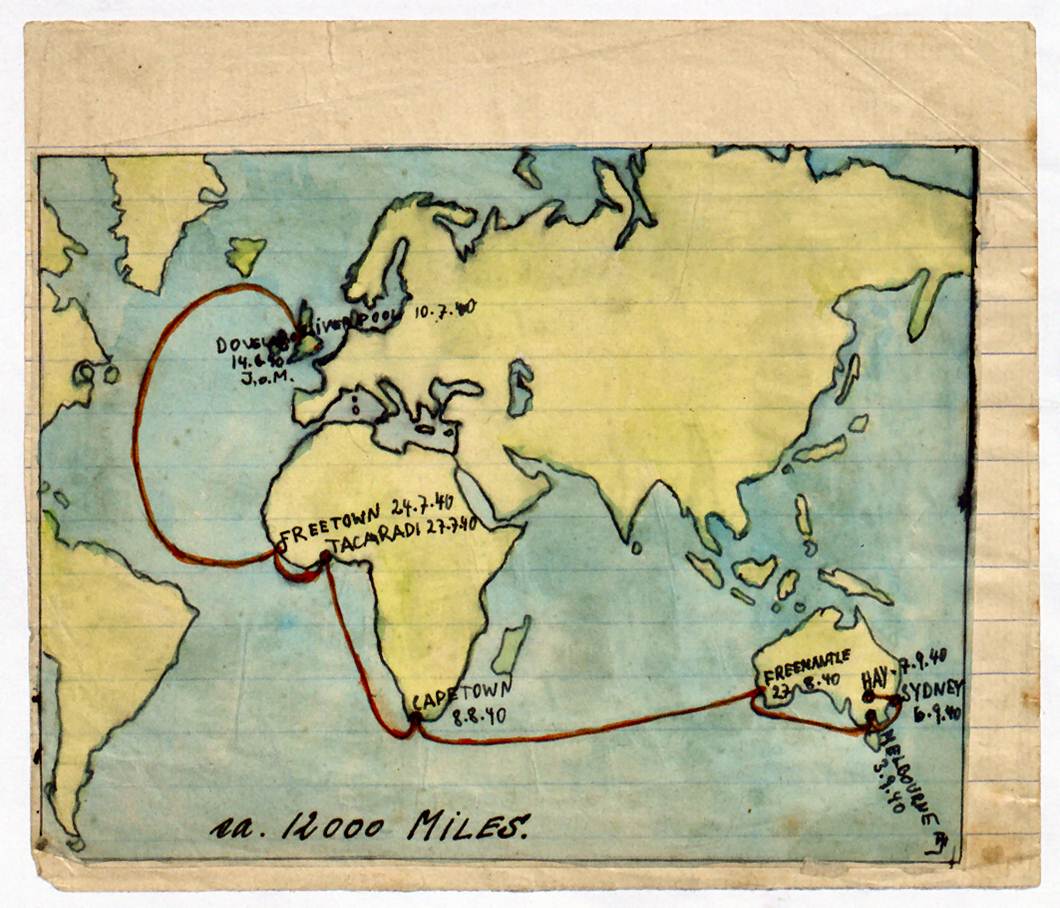 HO 215/263. An extract from a diary kept by internee who was shipped from the Isle of Man to Camp Hay, Australia and back.

Unlike records for the First World War, The National Archives has a wealth of information relating to internment and internees during the Second World War. These include papers relating to the policy of internment, individual internees, and the camps in which they were interned. The series of records HO 396 consist of index cards for the Internees Tribunals set up in September 1939. The records, are usually grouped by category of exempted from internment or interned, and by nationality. Within categories they are in alphabetical order by surname. The papers provide personal information on the front such as full name, date and place of birth, nationality, address, occupation, name and address of employer and decision of the tribunal. The reason for the decision of the tribunal for each case is usually noted on the reverse of the card.

The cards have all been microfilmed and are freely available as Digital Microfilm on Discovery. For those cases heard at the start of the war where a decision was made not to intern (categories B and C), you can search by name of internee and then download the digital microfilm to find the relevant card. The remainder of the series relate to aliens who were at some stage interned (category A) and these are available as Digital Microfilm but to browse only, though most pieces are arranged alphabetically by name of internee. The reverse of cards for those interned provides information about the time and location of internment. This information is closed for 85 years, though under Freedom of Information Act, 2000, it is possible to request a review of the information. HO 396 also contains information on internees shipped out to Canada and Australia: these give name, date of birth, and the name of the internee ships with dates of embarkation. Individual internees may have cards in several categories; for example one person may have been interned in the UK, was then shipped to Canada or Australia and finally released from internment and returned to this country, all of which may be detailed in several different pieces.

Further records relating to some 86 individual internees can be found in HO 214, searchable by name. These files deal with individuals interned; chiefly enemy or neutral aliens, but including a few British subjects detained under Defence Regulation 18B. The papers in this series date from 1940. Perhaps the most detailed records of internees are in the series HO 405 for those who went on to take out British citizenship at some point after the war and who permanently settled in the UK. This series relates to individual foreign citizens (mostly European) who arrived in the UK between 1934 and 1948 and ultimately applied for naturalisation. All files include application for naturalisation with police reports. Some also include initial application for visa or employment permit, change of name or business name and World War Two internment papers, as many internees remained in the UK after the war and applied for British nationality in the post war years becoming part of the social fabric of post-war Britain. Files were opened when the individual first applied to enter the UK and continue until naturalisation or death. These files, some 65,000, provide a useful insight into pre and post-war European immigration and World War Two internment. These files are closed for 100 years though more are becoming open under Freedom of Information Act 2000, which allows requests for a review of the information to be made through Discovery, at piece level.

Further records of some internees can be found in the series MEPO 35. This series contains the surviving aliens’ registration cards for the London area. These represent some 1,000 cases out of the tens of thousands of aliens resident in London since 1914. Although the cards represent a small sample there appears to be a heavy concentration of cases around the late 1930s, as Germans and east Europeans fled the Nazi persecutions. The information provided on the cards includes full name, date of birth, date of arrival into the UK, employment history, address, marital status, details of any children, and date of naturalisation with Home Office reference if applicable. They also include reference to internee tribunals and internment. The cards usually include at least one photograph and for some cases there are continuation cards. Cards continue until naturalisation, repatriation or death. Where they survive, cards for other Constabularies are kept locally at County Archives.

Details of internees shipped overseas can be found in BT 27 for outward journeys and BT 26 for return journeys. These are passenger lists of people arriving in and departing from the United Kingdom by sea and were compiled by the Board of Trade’s Commercial and Statistical Department. The information given in these lists includes the age, occupation, address in the United Kingdom and the date of entering or departing United Kingdom by sea from or to ports outside Europe and the Mediterranean. Both series are available online through partnership with Ancestry and The National Archives (BT 26) and Find My Past and The National Archives (BT 27). There are further papers relating to those interned overseas including an embarkation list for the Arandora Star (HO 215/438), the Dunera (HO 215/1), the Ettrick (HO 215/267), and the Sobieski (HO 215/266).

The series HO 215 covers the Home Office and its responsibilities for enemy aliens and (under Defence Regulation 18B) British subjects interned. The series includes reports by the International Red Cross or the protecting power on conditions in British internment camps, and in enemy internment or prisoner of war camps.

The papers in this series date from 1940 following the institution of mass internment. When camps were established there were often separated into camps for men and camps for women and children. HO 215 include nominal rolls of internees in the Hutchinson, Metropole, Mooragh, Onchan and Port Erin camps on the isle of Man. They also include lists of repatriation to Germany in 1945. HO 213 is a broader series containing policy files relating to the definition of British and foreign nationality, naturalisations, immigration, refugees, internees and prisoners of war, the employment of foreign labour, deportation, the status of citizens of the Irish Republic, and related subjects. There are also papers relating to departmental committees, statistics, conferences, conventions and treaties on these subjects. It contains fascinating files on internment including the document HO 213/1053 which includes photographs of internees and a report of an inspection of camps on the Isle of Man, focusing on Women, children and married couples interned there. The camps would set up its own industries (such as glove making or farm work) and internees were allowed to create their own entertainment, staging plays, concerts and showing films. Many of those interned were artistic, including actors, writers, artists, and musicians. 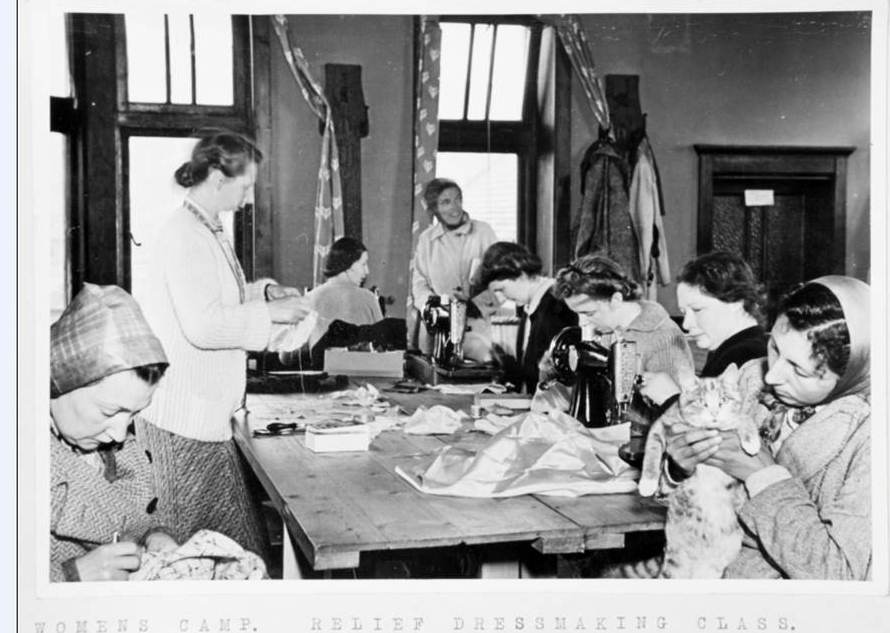 Finally, check Discovery to identify internment records kept at local archives across England and Wales. Plus, there are local records pertaining to the Isle of Man at the Manx Museum.