Christmas in the Bookshop

Deck the halls with boughs of holly, tra-la-la. Do you have your Christmas decorations up yet? Did you raise a wooden spoon on Stir-Up Sunday? Are the cards in the post and the presents bought and wrapped? Thought not. I have the tree up but can’t find the decorations (cue accusations and recriminations amid hissed ‘Well you put them away’). I have toyed with trying to pass off the unadorned tree as a triumph of minimalist design and a post-ironic swipe at the vacuity of our commercialisation of a religious holiday. You are not going for that either are you? I think the answer will be an SAS style raid on the attic (I am taking tips from The Secret Agents Pocket Manual) where I strongly suspect the decorations are hiding like shy fauns, giggling behind their hands with the Christmas wrap and cards I bought last January (Thrift and foresight? Might have known that would end in tears). I do hope not as there is no chance the cards and wrap will emerge before the last posting day – they never do.

We don’t have a tree in the Bookshop although there is a lovely twinkly one just outside the main building entrance.  I have also failed to convince Chris and Mike to dress up as elves (you would have come to see that, admit it – in fact we could possibly have charged admission). However we are entering the Spirit of the Season in our own bah-humbuggy way. We have all done Christmas in bookshop-land for years now. We should know how it is. That must-have Christmas title that everyone wants will go out of stock around now with reprint due on 3 January. It is so cold in the corridor approach down to the Postroom that there is a very real danger of polar bear attack. One’s fingers are so scarred with paper cuts and deep wounds from the rogue tape dispenser that you will have to wear gloves with your Christmas outfit (luckily I have some very pretty antique lace ones – those Victorians knew how to dress). The publishers all promise next day delivery on the Christmas Hotline, then lose your order or subcontract to a courier whose map of southwest London was printed in 1842. People shop later and later and Finance keep peering at the figures, shaking their heads and mumbling about missed targets. And then it all comes right in the end. Every time. The books turn up, Radio 4 or The Guardian blessedly recommend something we actually have in stock and our favourite customers pop in bearing mince pies.

So in the spirit of the Christmas cheer to come, my gifts to you are ideas for books to make your Christmas Day a little bit more delightful. How about The Georgian Art of Gambling? Eschew bickering with the family and turn off the television. You have seen White Christmas and The Sound of Music before. Let me give you a clue, good will triumph. Georgian Art of Gambling has the rules for Loo and Piquet and Hazard and a handy chapter on cheating although I suspect that it was easier to indicate a club lead by dropping ‘Upon My Word’ into the conversation in the eighteenth century than now but be creative. Fleecing your uncle will be so much more fun than Monopoly. 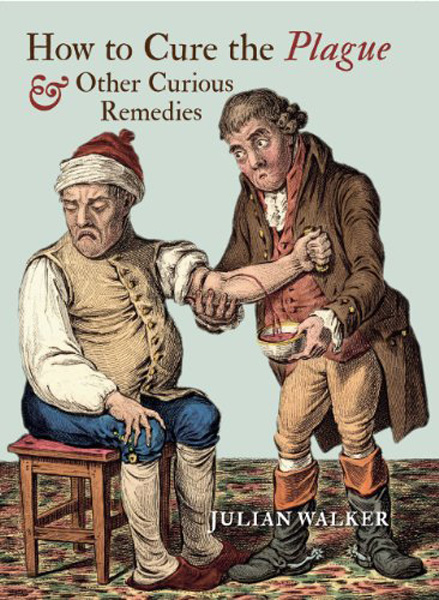 How To Cure The Plague

Pick up a copy of How To Cure The Plague and your conversations with elderly relatives will take a turn for the better. Instead of just nodding sympathetically when they outline their symptoms you can be there with the perfect remedy. Follow William Langham 1578 who advocates an onion put in as a suppository (I can see how that might take your mind off the haemorrhoids) or Elizabeth Grey 1653 who suggests rubbing snail mucus on warts.

Or for the perfect day retire to the fireside after the turkey, take that glass of port and the last of the stilton and open a book. Go to another place. It’s Christmas you can relax and enjoy it.  I’m going to be reading Goshawk Squadron, Derek Robinson’s novel about the pilots of the First World War. It’s heroic, it’s tragic and it’s blackly funny. Think Catch Twenty Two in biplanes. And if there’s time before the Doctor Who Special I’ll sneak in a couple of chapters of Bertie, Jane Ridley’s truly excellent biography of Edward VII. Now if you think you have family issues read about Edward. This is real revisionist stuff. There was so much more to him than the wine, women and song (although there was quite a bit of that too). A flawed and damaged but fascinating character.

And finally, if it all goes spectacularly wrong, and with family that can so often be the case, turn to The Gentleman’s Guide To Duelling and at least behave with honour.