Celebrities, a former Prime Minister and the Workhouse 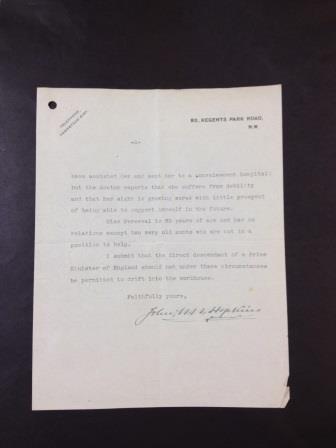 T 1/12400/45841. Image of a letter calling for the descendant of a former Prime Minister to be spared the workhouse.

You may have seen the recent BBC1 television programme, 24 Hours in the Past, which sent six celebrities off to spend some time working in Victorian England. One of their ‘placements’ was the workhouse, an institution that was feared by the working classes. The celebrities endured the painstaking tasks of breaking bones and picking oakum. While today we enjoy seeing celebrities suffer with little food and harsh working conditions, in 1919 politicians were keen for those with an illustrious background to avoid such a fall from grace.

From T 1/12400/45841 we can see that John Wells Wainwright Hopkins, Conservative MP for St Pancras South East, stated in 1919 that ‘the direct descendant of a Prime Minister of England should not under these circumstances be permitted to drift into the workhouse.’

The descendant that Hopkins is referring to is Miss Emma Augusta Perceval the great-grand-daughter of Spencer Perceval, Prime Minister from 1809 to his assassination in 1812, and her circumstances were thus: 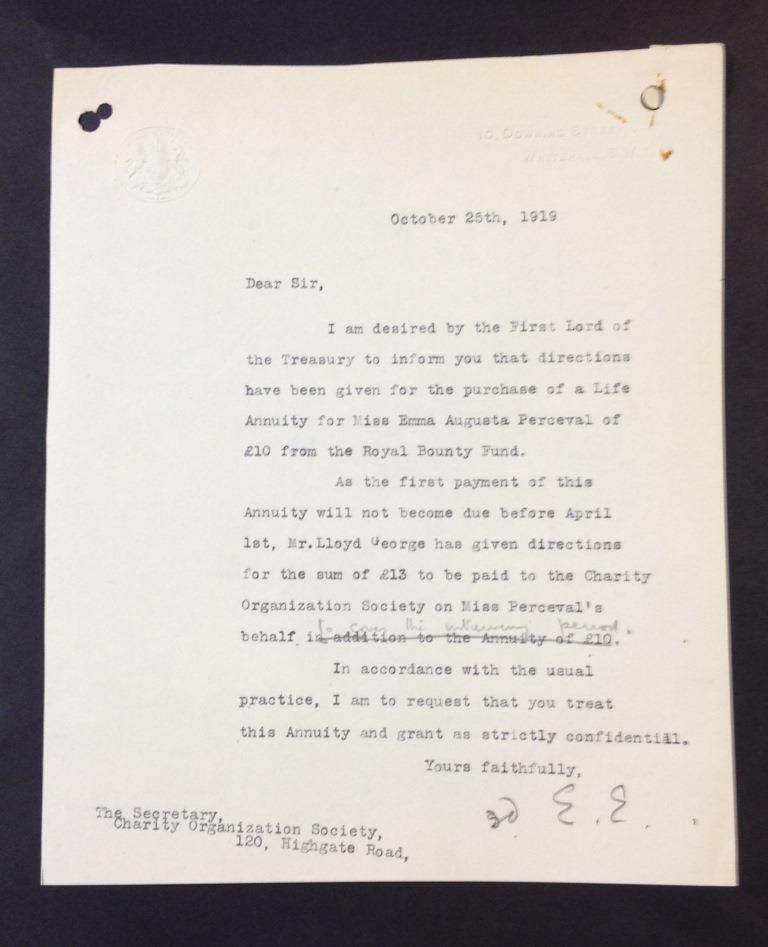 T 1/12400/45841. Warning by the Prime Minister’s Private Secretary that the grant to Miss Perceval should be treated as ‘strictly confidential’.

Perceval’s circumstances counted in her favour. In late October 1919 Emma was granted £13 by the Charity Organisation Society to tide her over until the following April, when she was due to start receiving a £10 life annuity which cost the Royal Bounty Fund £137 to set up. This however was not what Hopkins had been hoping to award Emma with; initially he had tried to get her a civil list pension, something that she was not eligible for. While the correspondence does not state this explicitly, it is likely that she was not eligible as she had not served the crown, government or the public.

The grant that she received from the Royal Bounty Fund means that she was one of the privileged few (or potentially thousands) whose case was considered by the serving Prime Minister. It was his office’s decision to give her an income for the rest of her life. The fund was also shrouded in secrecy which can be seen in a warning issued by Captain Ernest Evans (Private Secretary to the Prime Minister) that, as usual, the assistance should be treated as ‘strictly confidential’.

Despite the discreet nature of the Royal Bounty Fund there are many mentions of the grants that it administered within our catalogue, Discovery. Well-respected artists and scientists were awarded grants as were the widows of ethnologists, Antarctic explorers and the widow of the page to Queen Victoria.

The case of Miss Perceval however shows that in 1919 there was still a great stigma associated with the workhouse. Those in power could not comprehend that the descendant of a Prime Minister, one of their own, could fall on hard enough times to enter the workhouse. It was still reserved for the poorest of the poor, not the political class; therefore all was done to ensure that Miss Perceval was spared the task of picking oakum. Unfortunately these ladies were not spared the same. 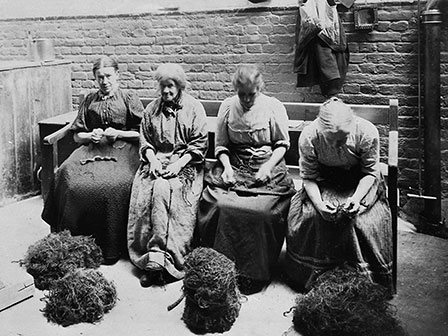