The National Archives’ Collection Care department, usually hidden behind closed doors, has many stories to tell and plenty of vibrant personalities to tell them. On Saturday 16 September 2017 we welcomed over 140 visitors to our studio for London Open House weekend to meet the team of conservators and learn about their work.

Five groups of visitors toured the studio during the day and conservators, technicians, scientists and volunteers gave their time to talk about their work.

The range of projects on display included innovative uses for 3D printing, the identification of arsenic in Victorian textiles, fine work on the gouache (an opaque water-based paint similar to watercolour) of Terrence Cuneo’s paintings, an 18th century map perforated by iron gall ink (an ink first mentioned by Pliny the Elder in AD23, the main ingredients being oak galls and iron (II) sulphate) and the array of tools used in the traditional craft of document repairs. 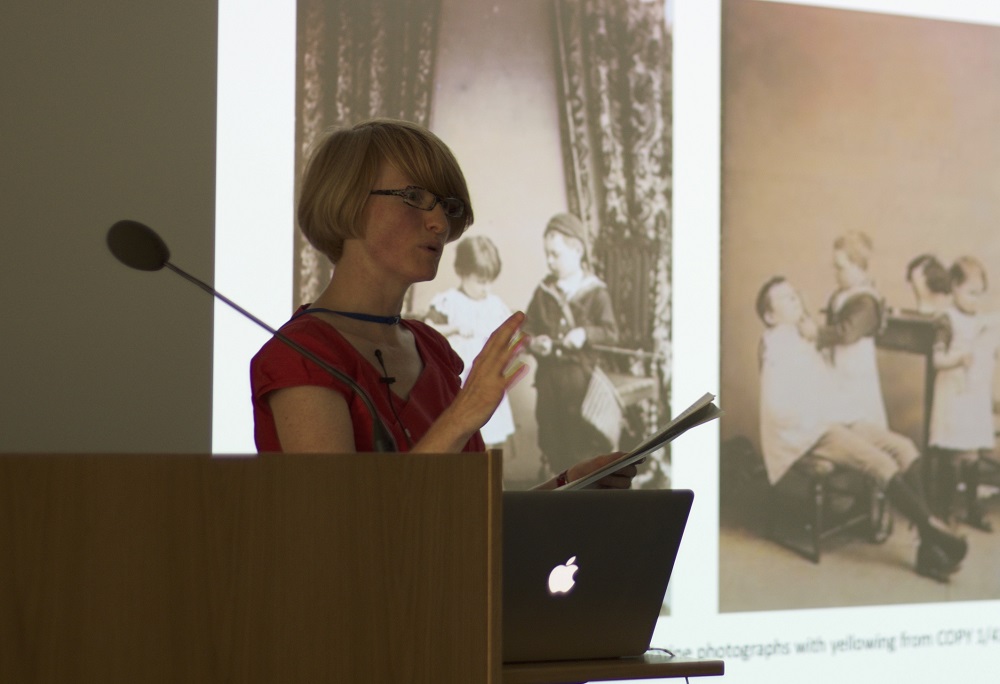 I organised the day and gave two public talks entitled, ‘From mummified rats to x-rays’. I spoke about the department and its history before introducing my colleagues and bringing their work to life with film and photographs. Our story started with Henry Cole, who laid the foundations for today’s Collection Care team in the 1830s. His campaign for better preservation of public records was boosted when a mummified rat was discovered in a box of documents.

The rat remains in our collection to this day, and was recently modelled in software with a view to making a new and better-fitted housing with our 3D printer. The rat is only one example of innovation in our work. The many wax seals in our collection are equally fragile, and 3D scanning and printing will soon enable us to make custom housings to protect them, as well as replacements for damaged parts and replicas for use in education workshops 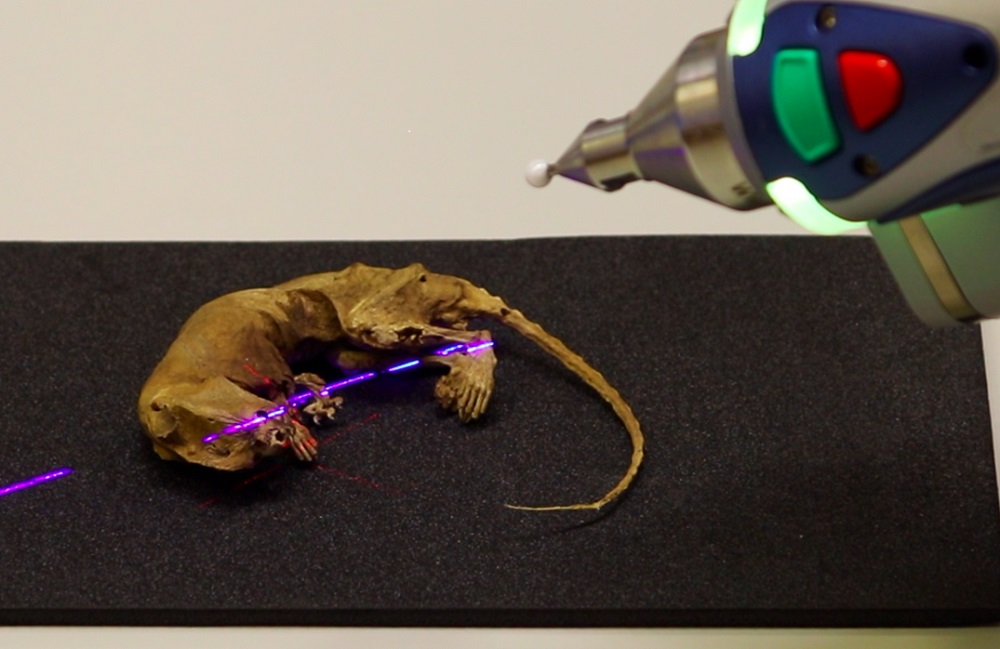 3D scanning the mummified rat in preparation for 3D printing

Senior conservation manager, Sonja Schwoll, illustrated some of the challenges she encountered with a hand-painted map. 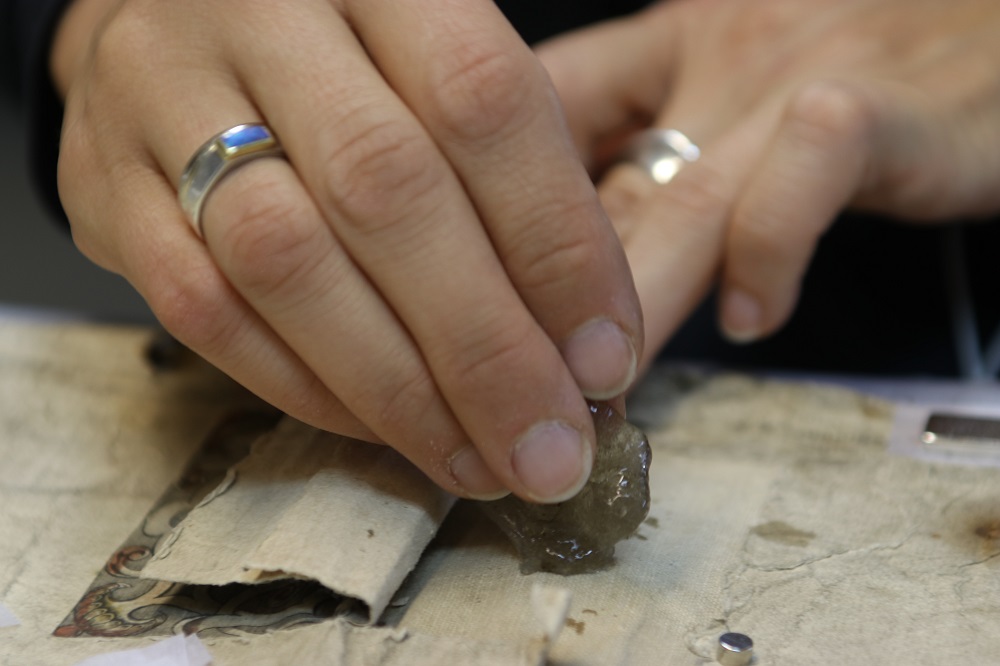 She explained: “An 18th-century family dispute ended up in court when Samuel Travers MP decided to leave his property to seven retired naval lieutenants who had fallen on hard times. It has been damaged by the long-term effects of iron gall ink, which makes paper brown and brittle, especially in humid environments. I used ultra-violet light to visualise the iron gall ink damage, and reflectance spectroscopy to identify the pigments. I’m now using gels to remove surface dirt before I restore the torn paper fragments. While I’m working I can hold the map in place with tiny strong magnets”.

Research and Development conservator, Dr Helen Wilson, was on hand to demonstrate her work with x-ray fluorescence analysis of the highly decorative board of trade volumes: 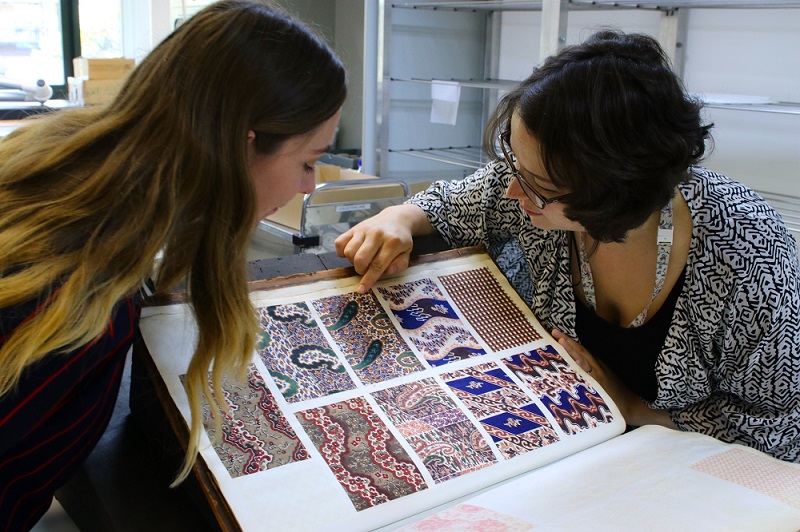 Dr Wilson explained: “The Board of Trade design registers are a gem within our collection that can shed light on the UK’s manufacturing and design history. Original textile, lace, wall hangings and representations of furniture and metal work designs were collected, often into large volumes, in order to copyright the designs during the later 19th century. I demonstrated the non-destructive technique of x-ray fluorescence analysis. Using the handheld ‘gun’ I was able to confirm that some of the pigments used in Victorian wall hangings contained arsenic. This was subsequently used in the Thames and Hudson publication, ‘Bitten by Witch Fever’.”

Preventative Conservation Assistant, Amy Sampson, supported by her volunteer team, demonstrated the scanning of plaster seal moulds, 6,500 of which will eventually appear in our catalogue. 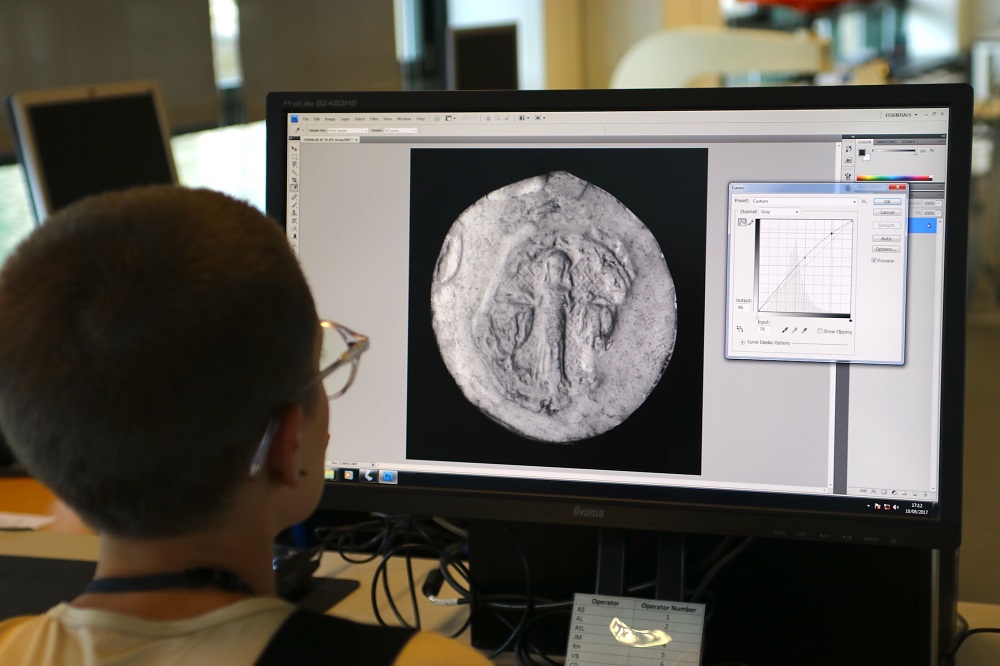 Sampson said: “We have a collection of moulds taken from historical wax seals, made so that replicas could be produced. Every seal has its own imagery and historical context. For scanning purposes they are grouped by themes including topographical, equestrian, ecclesiastical and monastic, armorial and non-armorial and women’s seals, as well as great seals of England and Wales. Following a volunteer project to gather information, these are being digitally scanned in order to make them accessible though our online catalogue”.

On the day, we asked our visitors to fill in an iPad questionnaire. We were slightly overwhelmed by the enthusiastic feedback they left; and particularly pleased that much of it focussed on the lively, varied and innovative nature of our work. Many wanted to stay longer than the allocated 45 minutes. 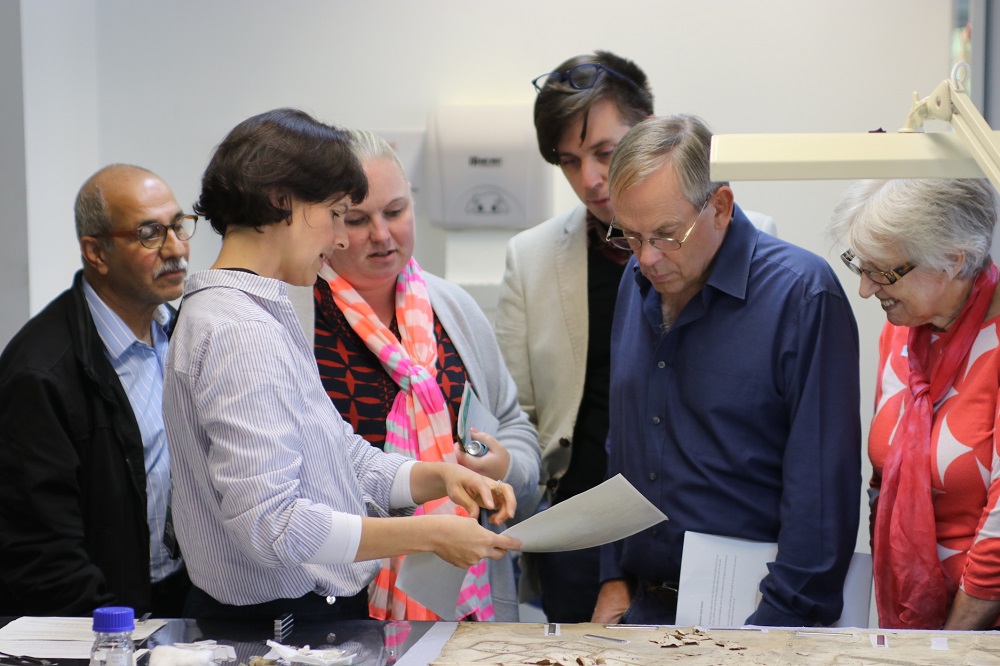 Sonja Schwoll describing the treatment of an 18th century map

When asked what they’d found particularly interesting about the day, our visitors’ responses included:

Some of the things they said they’d been surprised by included:

We also asked them to describe the Collection Care department in three words, and used their responses to make a wordcloud: 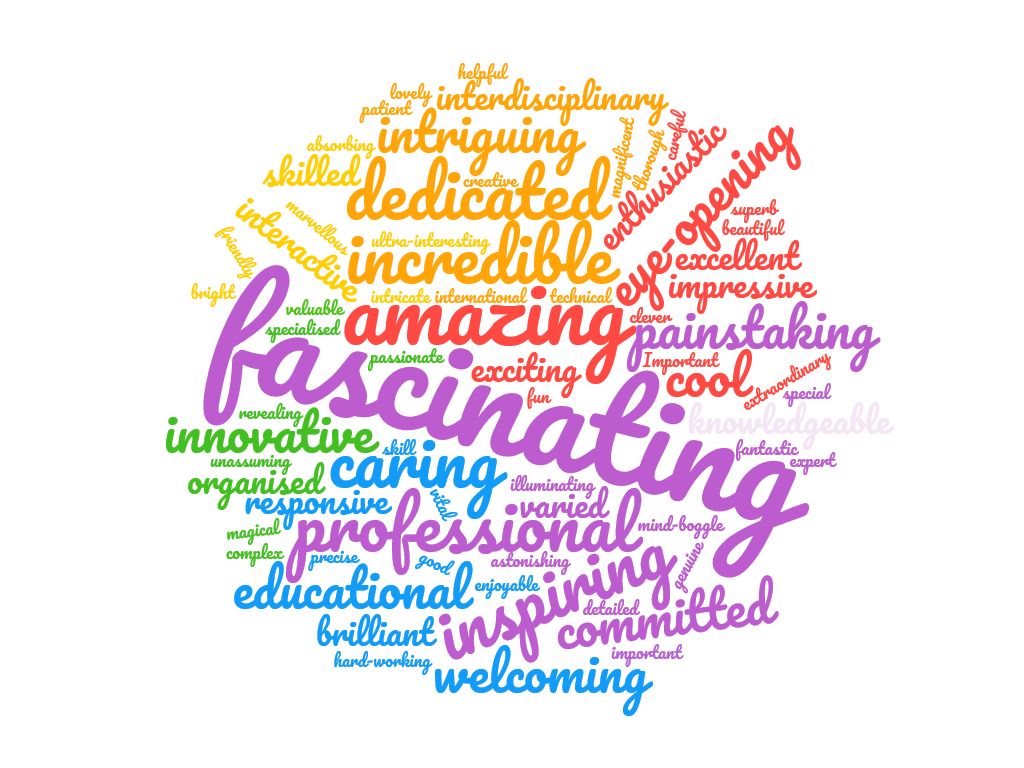 Describe conservation in three words. A Word cloud summarising feedback from 90 of our visitors to Collection Care.

We’re looking forward to planning a range of public events for the future.