Cataloguing the unsung heroes of the RAF

From Banana to Vesuvius…

When one thinks of the RAF in the Second World War, most people have visions of squadrons of Spitfires and Hurricanes over Kent in 1940, or the Dambusters of 617 squadron. The Operational Record Books (‘ORBs’ or more formally RAF Forms 540 and 541) of the squadrons have always been very popular records and are now online. But nearly every unit of the RAF had to compile and submit ORBs, and the majority of these units were not squadrons at all, but an amazing variety of other units, and their ORBs have been gathered together in record series AIR 29 as ‘Miscellaneous Units’. 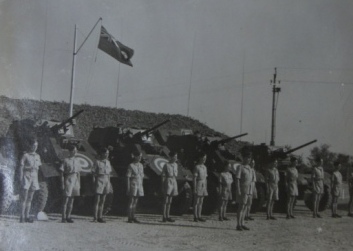 For the last two years, a small team of staff have been working through the AIR 29s up to the end of the Second World War, improving and expanding the catalogue descriptions, to make the records easier to locate. Many of the original descriptions were very brief, and relied heavily on unexplained abbreviations, which didn’t make searching very easy (anyone want to guess at what ‘AACU’ or ‘Beam ATF’ stood for?).

In going through the first 1,212 pieces of the series, we have found units completely missed from the catalogue, unravelled all of the abbreviations, corrected dates and detailed the changes of unit name or location. A typical description before the project was ‘AIR 29/811: No. 428, Buc’. This has now been expanded to ‘428 Repair and Salvage Unit, based at Buc, France (RSU)’. Unit abbreviations were retained as they often appear on airmen’s service records from this period. Place-name descriptions were also improved so that researchers can use the records even if they do not know which units were in which locations.

The records are now searchable using the following terms:

In doing this work, we have uncovered the wide variety of supporting units, on the ground, in the air, and even at sea, that sat behind (and sometimes in front) of the squadrons. 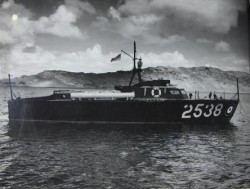 The content of the records varies incredibly depending, it seems, on the compiling officer. Some are very brief, and pay more attention to the weather each day, whilst others can give fulsome descriptions of all kinds of activity, including engaging with the enemy (all of the RAF Regiment ORBs are included), testing new equipment, and photographic reconnaissance, besides the more mundane such as training airmen, treating their wounds, and storing and supplying every conceivable item. The records cover both ‘indoor’ (lectures, training, entertainment) and ‘outdoor’ activities, especially sport of all kinds. George Formby appears to have been popular with the airmen, such as his mention in AIR 29/187, 5048 AMES, March 1945: ‘We walked two miles to see George Formby…’.

Besides the standard Forms 540 and 541, there are many photographs, plans, technical drawings, Christmas menus and unit magazines or newsletters. Wherever possible we have noted the existence of these in the improved descriptions. Some of the units themselves have cryptic names, such as the large number of ‘AMES’ or ‘Air Ministry Experimental Station’, which was the cover name for both static and mobile radar units for much of the war. There is a large collection of intelligence reports including the aerial photographs from the Central Interpretation Unit at Medmenham (AIR 29/230-412) – a little known unit which was rated as important and was kept as secret as Bletchley Park. 1

For those searching for individuals, many of the records include details regarding postings, promotions, awards, injuries, and courts-martial, but there are no name indexes, and some records have little or no mention of individuals at all. Accidents are often mentioned, both aircraft and motor accidents. It is often worth searching by location of the accident or crash, as often the nearest unit would be called to assist, even if it was not responsible for the aircraft or vehicle concerned.

These units served in every corner of the globe, from the RAF Delegation in Washington DC (AIR 29/929) to the Staging Post in Townsville, Australia (AIR 29/476) and in every theatre of war. To explain the sub-title of this post, which demonstrates the variety, the series includes the records of a seaplane refuelling unit stationed at the remote outpost of Banana on the coast of the then Belgian Congo (AIR 29/32), and elsewhere, the record of 3 Base Area includes a detailed description of the devastating eruption of Vesuvius in March 1944 (AIR 29/840).

The work isn’t finished however. Having improved the descriptions at piece and item level, the higher level descriptions have been found lacking, and will be tackled next.

In case you were wondering, ‘AACU’ is short for Anti-Aircraft Co-Operation Unit, who provided aerial targets for anti-aircraft artillery units, and ‘Beam ATF’ is short for Beam Approach Training Flight, (commonly known as BAT Flights)  which were established to train pilots in using the new aids which allowed them to land in poor visibility .