Cataloguing the Middle East mandates in the 1920s

With the help of volunteers, to whom we are extremely grateful, we are undertaking a series of projects to improve the catalogue description for Colonial Office records on the Middle East during the 1920s. There are three Colonial Office correspondence series for the Middle East in CO 725 (Aden), CO 730 (Iraq) and CO 733 (Palestine), which lack detailed catalogue description for the early 1920s. 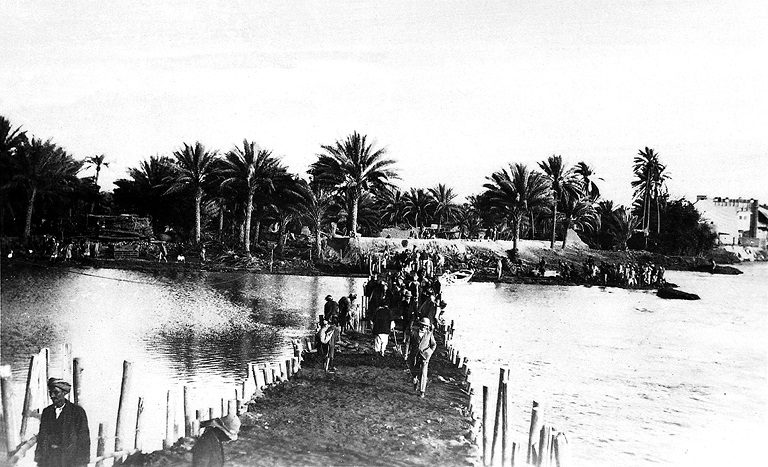 At the end of the First World War, the League of Nations granted Britain three Middle Eastern mandates in Palestine (now Israel), the Ottoman part of Mesopotamia (now Iraq) and Transjordania (now Jordan). The Colonial Office had varying degrees of administrative responsibility for their administration from the early 1920s, as well as for the existing colony and protectorate of Aden. The Palestine mandate ended in 1948, with the establishment of the independent state of Israel, while the Mesopotamia mandate lasted only until 1928. Jordan became an independent country in 1946. 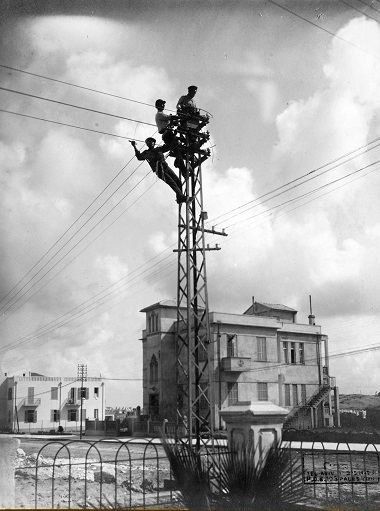 CO 1069/731 Working on the electrification of Jaffa – an image from the Colonial Office photograpic collection.

The Colonial Office correspondence is a key resource for both the history of British policy and the history of the former colonies themselves. It consists of the correspondence received by the Office from the governors in the colonies, other government departments and other organisations and persons, as well as drafts and copies of replies and instructions from senior staff. Also invaluable are the ‘dockets’, in which related correspondence was stored and circulated. Here, officials recorded their thoughts and comments on policy matters: these can provide valuable insights into debate and thinking within government. The correspondence can concern any aspect of policy and administration and can be particularly rich on crises and change.

During the 1920s, the Colonial Office received many items of correspondence relating to these territories. Clerks were responsible for receiving and distributing this correspondence. They sorted individual items by colony, wrote the details in a register and circulated it to the appropriate people. In due course, the correspondence was bound into volumes, but in date order rather than according to topic. In 1926, the Colonial Office changed all this and began to use modern subject files. The titles of these appear on Discovery, our online catalogue, and can be found by keyword searching. You can read more about these practices and how to use the registers to find correspondence in our research guide to Colonies and dependencies from 1782. 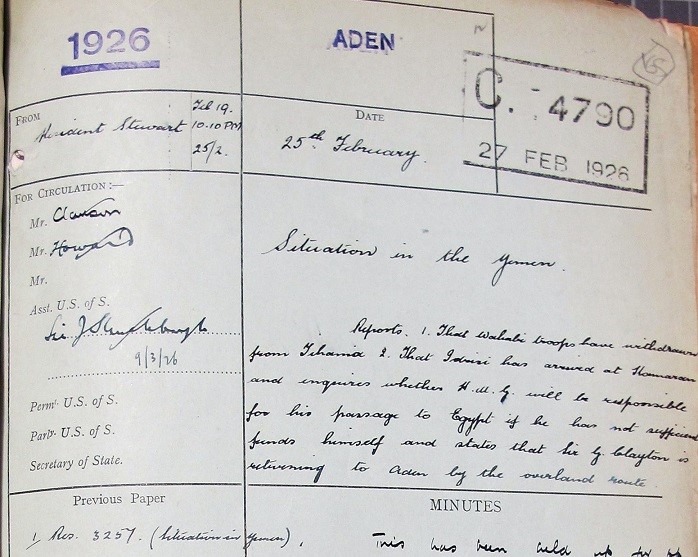 Situation in south west Arabia, CO 725/11/3. A characteristic Colonial Office “docket” cover from the 1920s. The documents report on political conflict between the Emir Idrisi, ruler of Asir and the Yemeni Iman Yahya.

We are left, however, with the problem of the bound volumes between 1921 and 1926: these only have date ranges and cryptic titles – such as ‘despatches’ – and can’t be searched effectively by keyword. Interestingly, an analysis of the ordering figures shows that files with titles are ordered much more frequently than the undescribed volumes. The most plausible explanation is that readers pick up the files through keyword searching, but miss the volumes from the slightly earlier period. It’s strong evidence that cataloguing improves accessibility.

The National Archives is redressing this situation by describing the individual items through a series of cataloguing projects, making then keyword searchable on the catalogue and improving access. A request for volunteers for the project proved quite popular and the work is now in progress. 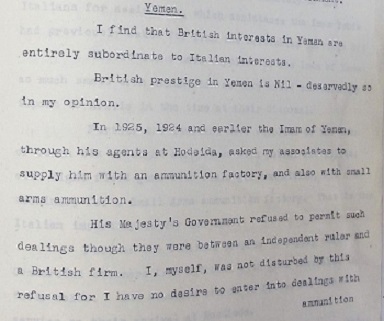 The correspondence series for Aden (CO 725) is relatively short, so we decided to tackle this first as a pilot project. There were 11 volumes lacking catalogue description and it was possible to complete this work quite quickly. Cataloguing correspondence is more time-consuming and challenging than cataloguing a standard series of reports: there is a lot of variation in page size, composition and content. Cataloguers need to examine a mix of manuscript and typed correspondence, with telegrams, letters, reports, maps, and statistical information, in order to describe the material effectively but succinctly.

The 778 items which were added to the catalogue revealed some interesting documents on, for example, British rivalry with Italy in the region. Given its position at the mouth of the Red Sea on the shipping route to India, Aden was of great strategic importance to Britain. But Mussolini’s Italy, which already had a strong presence in the Somalia, also had imperial ambitions. We found correspondence on British efforts to sign a treaty with the Iman of Yemen, but the Italians countered by obtaining oil concessions in exchange for arms and ammunition.  Italy was also successful in raising substantial numbers of Arab troops for its colonial army, as shown in CO 725/6/34 . 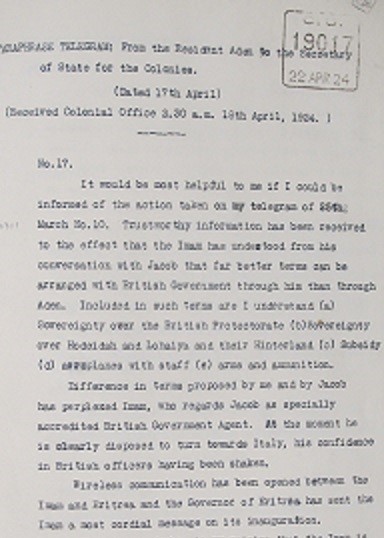 The project has revealed, for example, some interesting correspondence on the activities of an unofficial commercial mission led by Colonel Harold Fenton Jacob, who had previously been a British Political Adviser in Aden.

The mission caused some great consternation at the Colonial Office, as Jacob seems to have given the impression that he was negotiating a treaty on behalf of the British government. In the telegram, Major General Thomas E Scott, the British Political Agent in Aden, warns the Colonial Office that Jacob’s intervention was likely to persuade the Iman to favour the Italians.

We have now started work on CO 733 Palestine, which is a much larger project with some 126 volumes, typically with around 80 items each. We are being ably assisted by volunteer cataloguers, to whom we are greatly indebted: it would be impossible for us to finish the work in reasonable time without their help. 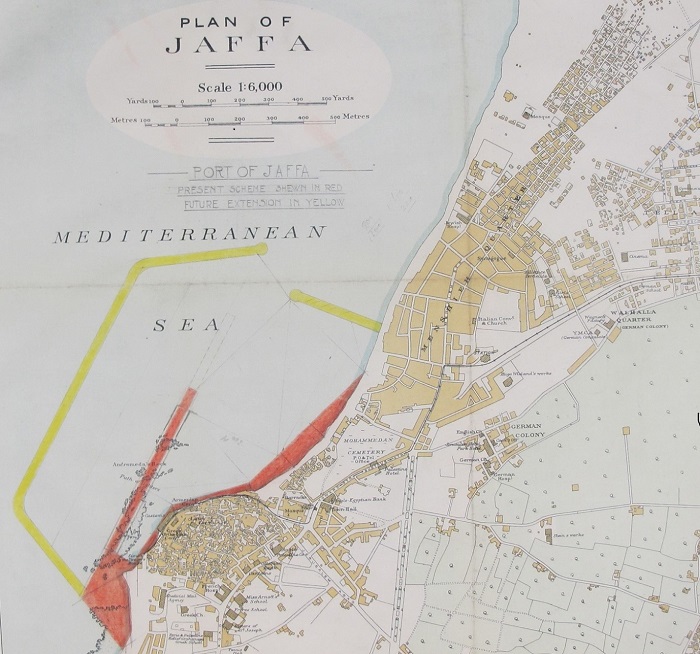 The Palestine correspondence is a key resource on the history of the establishment of the state of Israel and on relations between Jewish immigrants and Palestine. It contains a great deal of information on topics such as the distribution and settlement of land and the development of infrastructure.

We are hoping to finish the cataloguing of CO 733 in 2020.  After that, we plan to add item descriptions to volumes of CO 730, revealing documents on the history of Mesopotamia in the 1920s.