Set cookie preferences
Home > Blog > What can you do with 1,000 Friends? 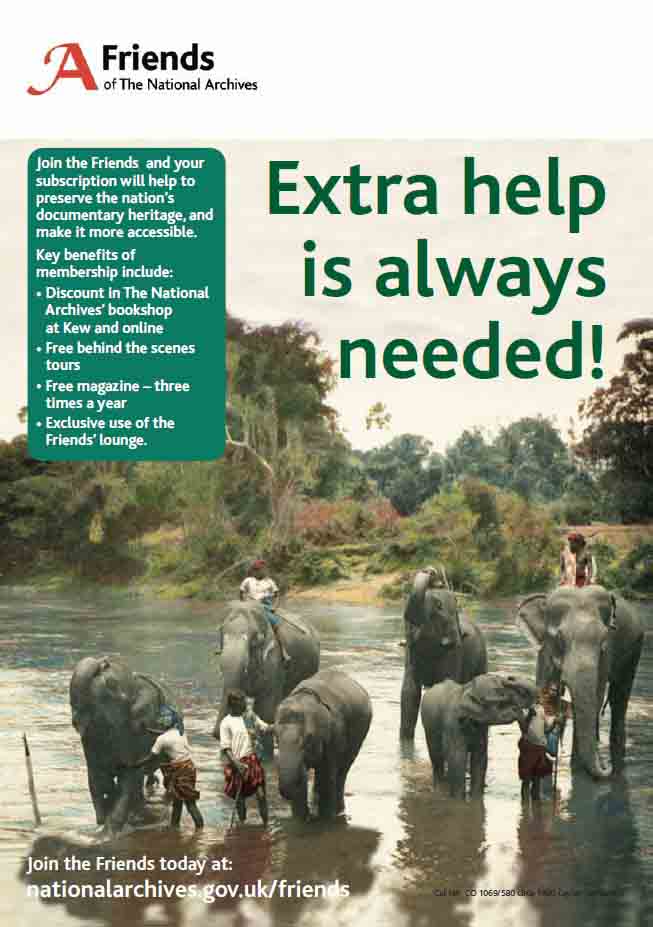 A few weeks ago a little bit of history was made right under our noses here at Kew. On 5 June the Friends of The National Archives quietly achieved a historic milestone by crossing the 1,000 membership threshold. We had been determined to reach this ambitious target before our AGM (on 10 June) and in the end we achieved this comfortably with 1,008 on the day. At the time of writing we are on the way to our second thousand – 1,014 at the moment.

This is a fine achievement and involved a huge amount of time and effort. In my last blog I mentioned our recruiting team, fondly referred to as the Press Gang. They have devoted many hours of their time volunteering to help support the cause and raise our profile. All credit goes to them with grateful appreciation.

To be honest I did notice the flicker of alarm that crossed the faces of the team when I casually remarked ‘well done, a great effort, 2,000 by Christmas then’. However, I was careful not to mention which Christmas. To say I am pleased with the outcome is an understatement – the grin feels wider than the space between my ears! 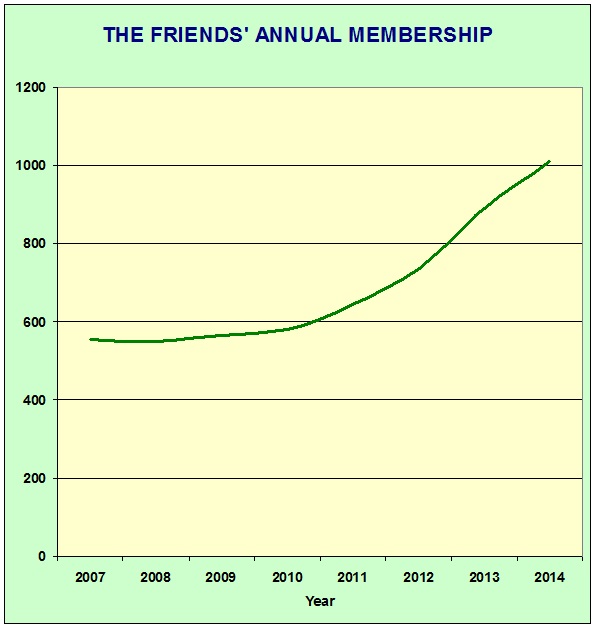 I had always felt rather uncomfortable with the modest level of membership, given that we were associated with, and supporting, a national institution. Our membership had grown slowly and when I joined in 2009 we finished the year on 565. The trouble with a slow growth rate is that it takes much of the year to recoup the number achieved by the end of the previous year. The losses through non-renewals, for a variety of reasons, at the beginning of the current year meant we were always playing catch-up.

In 2011 I started to introduce the Friends and promote our cause at the beginning of the Thursday afternoon talks (which we support). The rate of new members began to rise and by the end of 2013 we had reached 890. That prompted us to make a concerted effort to reach the magic four figures in time for the AGM.

When our members’ lounge opened last year I was determined to further raise our profile and become more proactive in recruiting and explaining who we are and what we do. The net outcome is that nearly a third of the membership have joined us in the last 12 months. However, none of this would have happened without the splendid support and understanding we have received from The National Archives; for that we are very grateful.

The Friends is now of an entirely different scale and order to that when I joined. There was no ‘waking in the middle of the night in a cold sweat and wondering what on earth we had done’ moment, but I did think ‘what now’? The question raises all sorts of intriguing possibilities – what can you do with 1,000 Friends?

For a start more members means more subscriptions and ultimately an increase in funds for supporting the various projects and other activities at The National Archives. But it is more than just about money – no matter how pleasing an increasing income may be. A growing membership means a more substantial knowledge base and expertise in the records to draw upon. The more members there are the more information we can share.

A growing membership also means increased potential for more volunteers – for document related projects and practical support too. Some of our members will soon be helping in the library, housework in the reading rooms and with Keeper’s Gallery tours. We do book reviews for the bookshop too. The more Friends there are the ‘Friendlier’ we can be in supporting The National Archives. That, after all is why we exist and it’s fair to say we are now heading very much in the right direction.

However, it is not just about numbers, although reaching a critical mass will be important and mean less effort devoted to recruiting. It is more about what we do with the growing strength of membership that matters. Interesting times lay ahead as we continue what we do now whilst also seeking new and innovative ways in supporting The National Archives. I am sure some of this will feature in future blogs – watch this space. If you have any thoughts or suggestions, please do let us know in the comments below.

I am not a betting person and do try to avoid making predictions. I am slightly hampered at the moment anyway because my crystal ball is at the menders being upgraded to 4G. However, I do know with absolute certainty that it won’t take us another 25 years to reach the next thousand, or indeed the one after that …