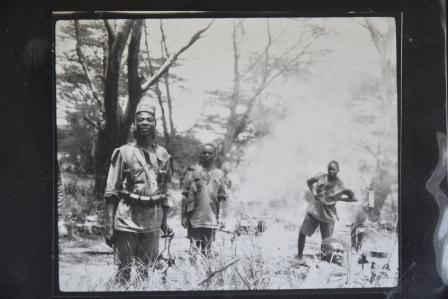 The German Cameroons was the final German colony to fall in West Africa during the First World War, and effectively ended the conflict in the west.

The campaign was fought mainly using African soldiers from the West African Frontier Force (WAFF) 1, and this post will look at the records that can bring to life the environment and give us an insight into who some of the troops were. We can use photographs, sketches and written records to view the people, the countryside and the fighting.

To start, we can look a map that shows the paths that the many separate columns took, with Brigadier General Cunliffe’s coming in from north, Brigadier General Dobell’s from Duala in the south and French and Belgium’s coming from the east. The job of coordinating the campaign over a large area in challenging conditions, having to divide forces, and having limited or poor intelligence, meant that it took 18 months to gain control of the Cameroons. 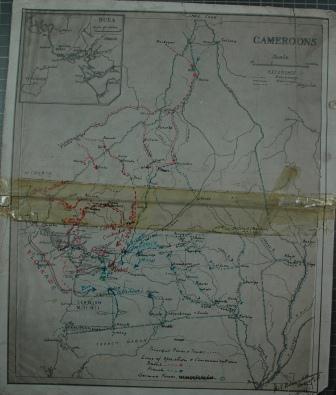 Correspondence shows that Brigadier General Dobell, who was commanding the Allied forces, was aware that conquest of the colony would not be easy. The Cameroons covered around 306,000 square miles of mainly uncharted territory and was defended by a well led and well trained African force, plentifully supplied with machine guns. Allied forces amounted to around 4300 West African troops, boosted to 9700 in November 1915 with the arrival of Indian troops.

Neither the climate nor the character of the country favoured the offensive: officers and men were exposed to the most trying conditions, like incessant tropical rains, the absence of roads or even paths, and dense African forest. The country in the immediate vicinity of Duala is typical of the greater portion of the Cameroons in which troops operated (WO 32/5320). 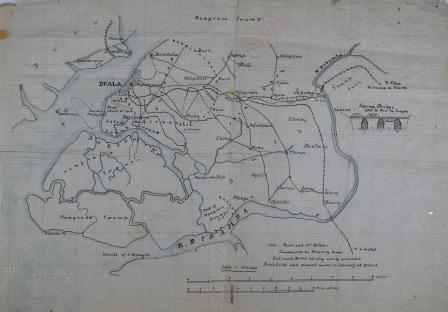 The map describes the landscape and we can use photographs, sketches and the descriptions in the unit war diaries to get a better understanding of what the environment looked like and the difficulties troops faced. 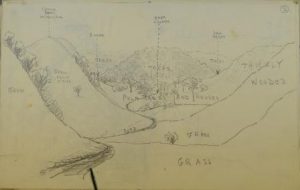 Sketch depicting Ekom on the Cameroon boarder (catalogue reference: WO 95/5884) 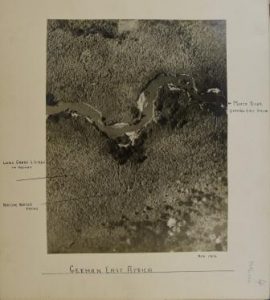 Long grass, dense African woodland, Mangrove swamps, thick bushland and rivers would all have to be overcome to take control of the colony. 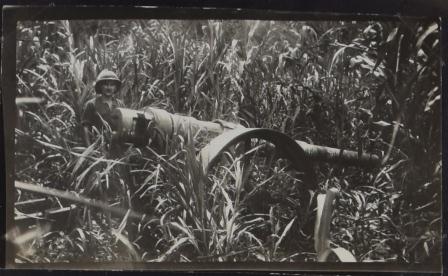 We can look at extracts from a war diary to show that lack of intelligence, the conditions and a lack of experience created confusion and inefficiencies in the early days of the campaign. The operation against the entrenched enemy near Gazabu, 16-17 November 1914, would sum up the problems: an account describes the difficulties faced when dealing with the weather, terrain and the inexperience of the British and African troops. Poor intelligence led to an attack against a well-defended fort. The attack ended up with six soldiers advancing, when ‘Lock’ later gauged that half a company at least was required. A ‘companies’ establishment for the Nigerian Regiment was set at 139 men in 1914, so around 70 men would have improved their chances (CO 445/24). 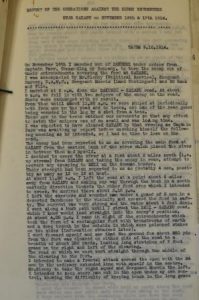 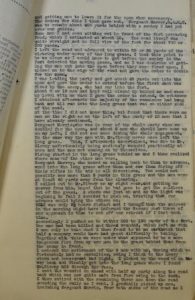 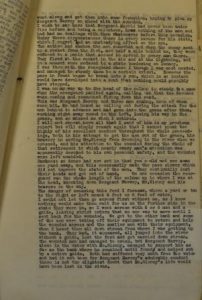 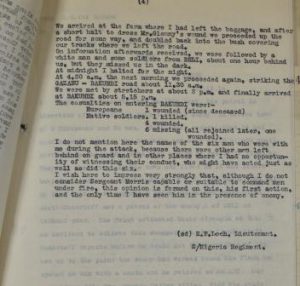 What can the records show us about the African troops? We will take a look at Regimental Sergeant Major Belo Akure, DCM, MM. 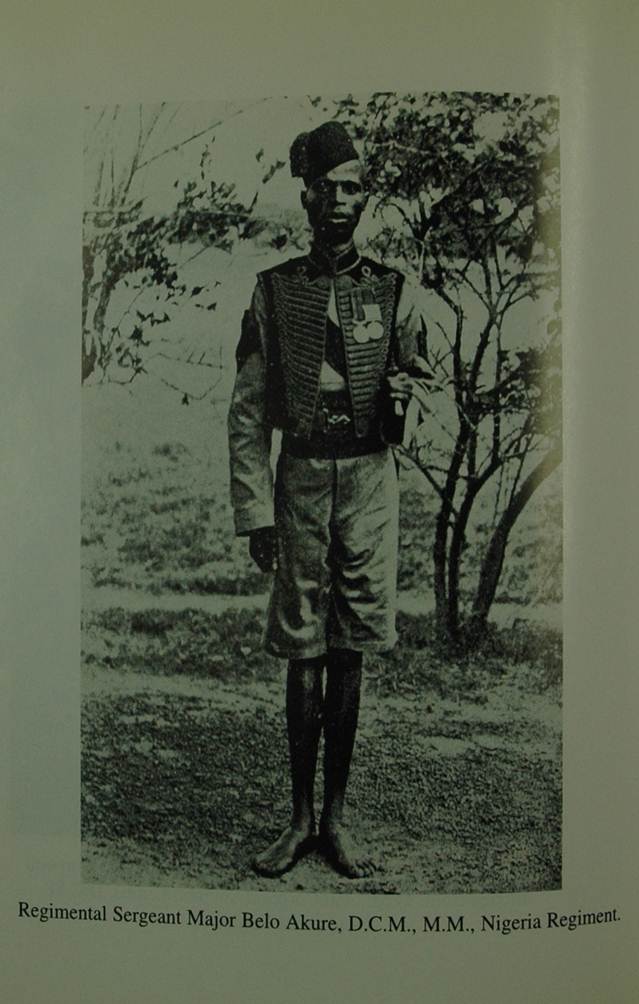 Firstly, we can tell that Belo came from Akure in Nigeria: the surnames of troops of the WAFF were normally the town or area they came from, though men in some of the regiments used their tribe’s name. The war diaries for the 4th Nigerian Regiment contain nominal rolls, and we can see Belo is listed under No.1 section. The record is annotated with details of when he was wounded in 1915.

The war diary in WO 95/5386 details that Belo was to be awarded the Distinguished Conduct Medal (DCM) for his conduct on 4 November 1914, and through a number of other records we can find accounts of what the award was for. There are draft accounts in WO 32/4977 that detail the action, but do not include dates. Then, there are two medal cards for Belo: WO 372/2/92634 and WO 372/23/78890 (for the later Military Medal award for actions taken in German East Africa). The Good conduct register also lists a previous DCM award for bravery in 1908/09 in Southern Nigeria.

The records allow us to get a snapshot of an individual soldier’s experiences, like Belo. He entered the conflict in West Africa on 29 September 1914, was awarded the DCM for his actions 4 November 1914, and was wounded 14 April 1915. As he was awarded the Military Medal Award for bravery in March 1917, we can trace the action through the war diary covering March 1917 in WO 95/5347. 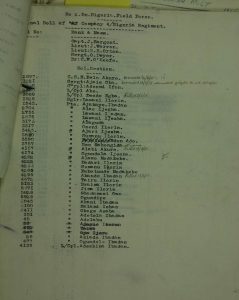 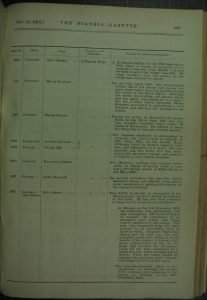 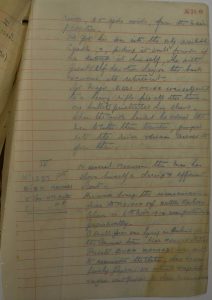 
There are other records that could contain information and help build a picture of the individuals, series such as CO 445 and WO 100.