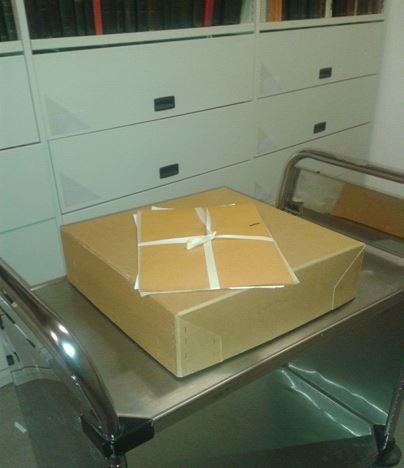 Boxes of delights: new collections can arrive at archives throughout the year. Photograph by Amy Grier

For archives to thrive they need to grow. And that involves archive services taking in new records to add to their collections. These new records are known as ‘accessions’.

Each year, we collect information about accessions acquired in the last 12 months from over 250 UK and Ireland archive services as part of the Accessions to Repositories survey. This is a really exciting time for us, as we get to hear about brand new collections that are coming through the doors of archive services all across the country.

Later in the year, we will be publishing highlights of these new collections on our Accessions web pages which can be navigated by subject theme, with everything from brewing, to LGBT history and the First World War.

New collections mean new opportunities for researchers in the future. It means we’re not just looking over the same material time and time again, there’s more evidence to examine to allow us to interpret and reflect on the past.

Accessioning is only the start of a collection’s life in an archive – it may have to repackaged, sorted and catalogued first before it can be made available for consultation, but these are vital steps in making sure that it’s accessible and searchable for researchers in the long term.

From the information we’ve received about new collections, these are a few of my favourite things (well, so far): 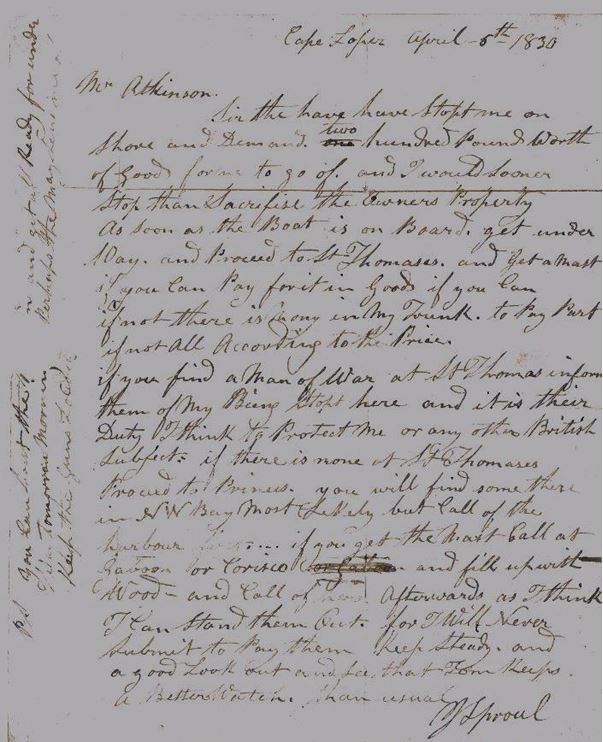 An early-nineteenth century log book of the brigantine ‘Julian’, with an accompanying letter from the captain, was donated to The Maritime Archives and Library, part of National Museums Liverpool. The log book tracks the Julian’s journey from Liverpool to West Africa between 1828 and 1830. We don’t know a lot about the brigantine yet but, according to the attached correspondence, at one point a tribe in Cape Lopez, on the central west coast of Africa, stopped the Captain and demanded a ransom of ‘two hundred pounds worth of goods’ for his release. The letter, dated April 1830, requests assistance from his shipmate, a Mr Atkinson. The curator of the Maritime Archives has blogged about some of the archive’s other accessions. 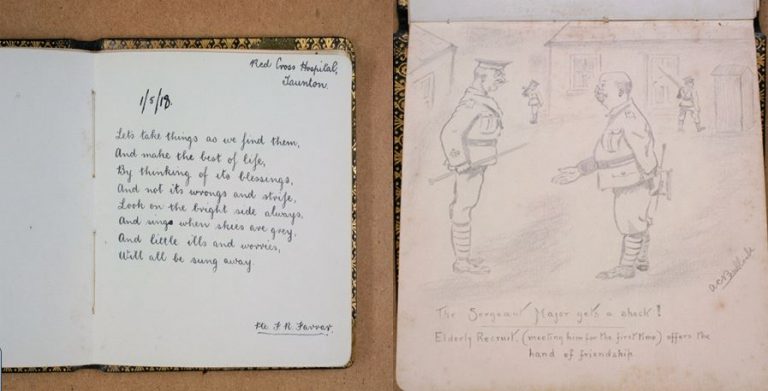 Somerset Heritage Centre has acquired a First World War nurse’s autograph book, which contains signatures, illustrations and poems by wounded soldiers at the Red Cross Hospital in Taunton. The hospital opened in February 1916 in the premises of the Priory Primary School, overlooking Victoria Park. A number of soldiers treated at the hospital signed this album, which belonged to Nurse Vickers. Unfortunately not a lot is known about this nurse, but we know that the author of the poem ‘Let’s Take Things As we Find Them’ was Private Frederick Robert Farrar of the 17th Northumberland Fusiliers, who enlisted in May 1915, and was later injured by a gunshot wound and discharged in November 1918, aged 24.

The regimental collections of the Somerset Light Infantry and North Somerset Yeomanry are housed at the Somerset Heritage Centre, and their diaries and casualty lists help to reveal more stories about the men of Somerset who fought during the First World War.

More details about the hospital and the First World War are available on Somerset’s Community Archives pages, created through their Somerset Remembers project. 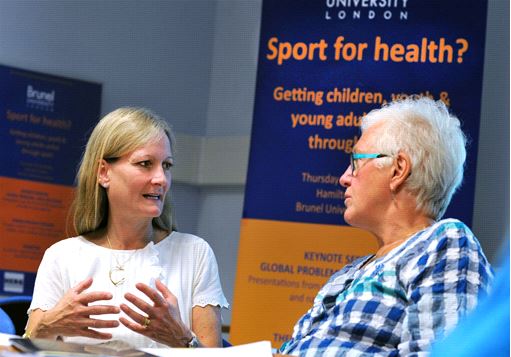 Last year Professor Celia Brackenridge donated her research archive to Brunel University Special Collections. She developed the collection – 36 boxes in total! – to preserve original sources and information about the development of child protection research, advocacy and policy in the UK and overseas from the 1980s to 2000s. With papers including correspondence, notes, reports, flyers, photographs and press cuttings, the archive also relates to her research into wider issues of gender relations in sport and to the earliest forms of notational and computer analysis of team sports.

Professor Brackenridge began her career as a physical education teacher but moved on within one year to lecturing in higher education. She worked as Director of the Centre for Youth Sport and Athlete Welfare, at Brunel University, from 2005 to her retirement in 2010. For more information about the collection, please see the library’s website.

To find out more about the Accessions to Repositories 2014 survey, take a look at our accessions web pages. In the meantime, we’re looking forward to giving you a glimpse of more of these new treasures in future blog posts.

What new collections do you want to hear about?