A British ‘spy school’ in the Middle East?

Arabic. Beautiful, poetic, terribly useful, and awfully difficult to learn. In the 1940s, the British Army must have shared my opinion: they set up a special school to teach Arabic to academically inclined young officers.

The Middle East Centre for Arab Studies (MECAS) was quickly nicknamed ‘the British spy school’ in the Middle East – was it more than a mere language training centre? 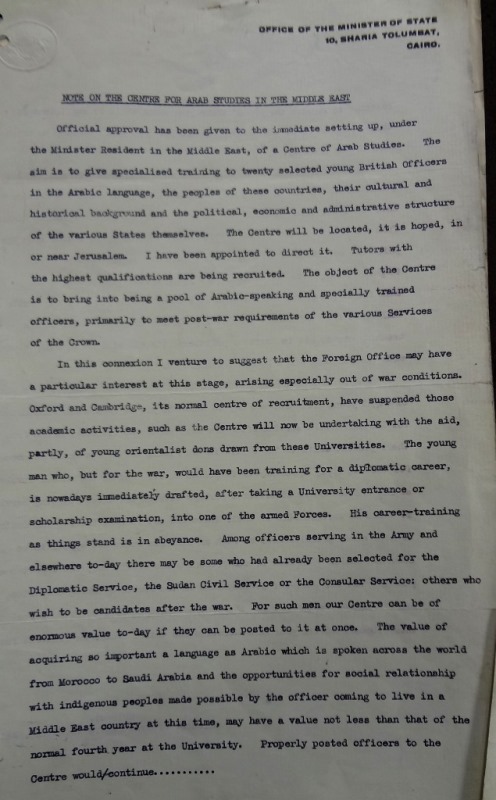 Note on the Centre for Arab Studies in the Middle East (catalogue reference: FO 366/1348)

During the Second World War, there was a pressing need for Arabic speakers. The idea of setting up an Arab Centre ‘to bring into being a pool of Arabic-speaking and specially trained officers, primarily to meet post-war requirements of the various services of the Crown’ first emerged in 1941.

It really started being discussed in 1943, when Arabist and explorer Bertram Thomas sent a ‘Note on the Centre for Arab Studies in the Middle East’ to London. The aim of such a centre, he wrote, was

‘to give specialised training to twenty selected young British officers in the Arabic language, the peoples of these countries, their cultural and historical backgrounds and the political, economic and administrative structure of the various States themselves’ (FO 366/1348).

All the departments concerned agreed it was a good idea, but they were a bit unsure as to where they would find these 20 young men, especially as Thomas only wanted officers with ‘high educational standard’: ‘it would obviously be detrimental to have second raters,’ he wrote (FO 921/217).

It wasn’t going to be easy to recruit suitable students at a time when they were required for operational duty. Waterfield, from the Civil Service Commission, summed it up perfectly:

‘there is one very difficult point arising out of Bertram Thomas’ suggestion (…). This Arab Centre will, I imagine, be a little oasis of semi-academic, semi-administrative or political study in the middle of a world at war’ (FO 366/1348). 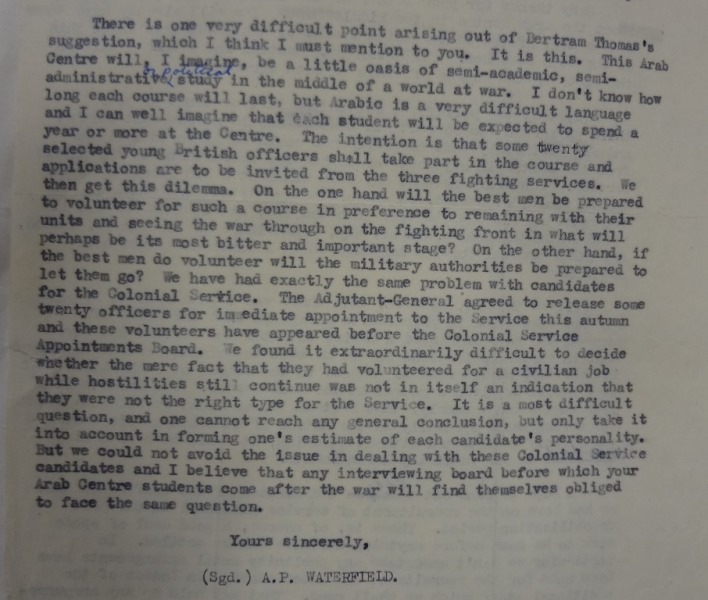 The plan was approved in principle by the Chancellor of the Exchequer and, after much correspondence, Treasury agreed as well. The centre was to be paid for by the Foreign Office (except for the pay of military personnel), and was to be a war measure in the first instance (CAB 21/1001). On 30 November 1943, Bertram Thomas was appointed as Director (FO 371/40002). 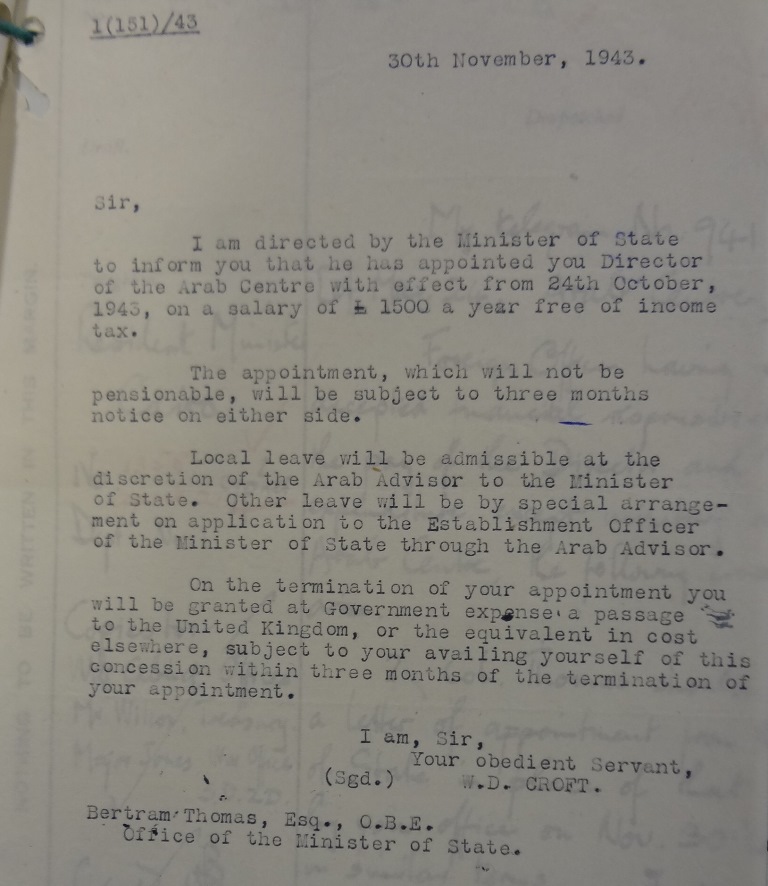 The difficult question of the location of the centre remained to be solved. The matter was of particular importance as it would determine the dialect the students would learn. The centre also had to be easily accessible for visiting lecturers. Bertram Thomas ruled out Iraq (unsuitable climate and atmosphere) and Cairo (too many distractions); he favoured Damascus, which would apparently offer ‘better Arabic’, Beirut, or Palestine. Syria and Lebanon were almost instantly rejected as it would have created problems with the French, leaving Palestine or Transjordan as possible options (FO 226/247).

The Colonial Office, however, ‘strongly opposed’ the idea of setting up an ‘Arab Centre’ in Palestine. They were concerned the Zionists may interpret it as a sign of pro-Arab sentiments, especially if it was called ‘Arab Centre’. ‘Its establishment there,’ they commented, ‘would lend itself to serious misinterpretation in the existing political atmosphere of the Middle East’.

The High Commissioner in Palestine was consulted. To the horror of the Colonial Office in London, he went against the party line, declaring he did not ‘attach any real weight’ to the political objections and that he saw ‘no objection to the location of the Centre in Palestine and to it being called Arab Centre’ (CO 732/88/23).

It was decided the new centre would be set up in Jerusalem and would be called ‘Middle East Centre of Arab Studies’. The old Austrian hospice was requisitioned from 15 May 1944 (FO 921/217), and the Centre finally opened in June (FO 921/218).

The MECAS method was very specific and extremely demanding. Students would have intensive Arabic language courses every morning. The aim of the centre was to ‘teach Arabic as a language of modern intercourse’ and as ‘many things happen to a language between the grammar book and the street’’, colloquial Arabic was taught as well as written Arabic (CAB 21/1001). The afternoons would be devoted to lectures, exercises and essays. This was more or less effective; some students progressed very quickly, while others, possibly less linguistically gifted, struggled greatly and failed the rather difficult exams (FO 366/1806). 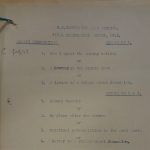 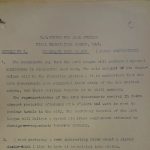 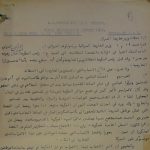 At the end of the 1945-46 course MECAS, which had been set up as a war establishment, became a civilian institution (FO 924/528). As such, it had to abide by the general austerity measures, and the Foreign Office had to battle with Treasury, not impressed by the lack of efforts to reduce costs. ‘We think,’ they wrote, ‘that a grim determination on austerity could produce far more handsome savings’. As a result, the number of students rose from 20 to 34, and students from private companies were included to make up numbers and increase revenues (FO 366-1481).

Due to the unstable political situation in Palestine, MECAS was briefly transferred to a tented camp in Zerqa, Transjordan, and then, in October 1947, relocated in an old silk factory in Shemlan, Lebanon. Shemlan, about 20 miles from Beirut, in the mountains, seemed particularly well-suited to the purpose of the Centre: the climate wasn’t too exacting and the students had access to a decent range of entertainment. 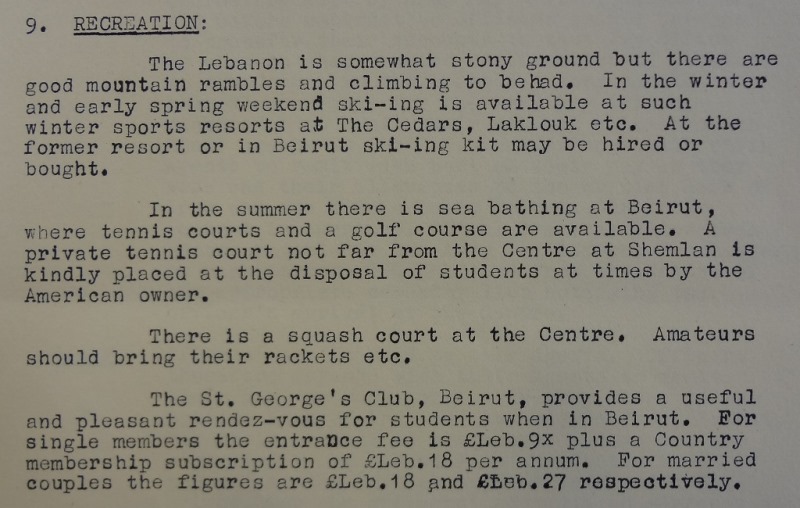 In 1950, the format of the course changed slightly. Students were asked to attend a 10-week preliminary course at the School of Oriental and African Studies in London, followed by 10.5 months in Lebanon. This preliminary course, which could only be skipped by those who already had good knowledge of the language, was exacting, but hugely beneficial to the students. According to Brenan, the Director of MECAS at the time, ‘the weaker element also, despite the feeling that they were suffering from indigestion from so much grammar in a short time, unquestionably benefited from the grilling they received in London’ (FO 366/2938).

It all seemed to be working pretty well until Kamal Jumblatt became Minister of National Education in Lebanon. He launched a series of attack in the press and in Parliament which looked like a personal vendetta, and vowed he would close down the ‘British spy school’. As an Arabic training centre, MECAS had always had the reputation of being a ‘spy school’, with articles appearing now and then in the Egyptian and Lebanese papers. Criticisms, however, had ‘generally been good-humoured’. From 1961, MECAS was frequently described in the press as ‘the biggest espionage centre in the Near East’, ‘an espionage base’ or ‘a poisonous dagger in the heart of this beloved homeland’ (FO 371/157595). 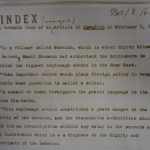 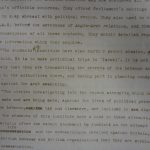 Things escalated after the arrest and confession of George Blake, who had been spying for the Soviet Union and was picked up at Shemlan (CAB 128/35/26). The Director, Wilton, complained of near-harassment, surprise inspections and that Jumblatt was ‘probably beyond the reach of rational argument’. In London, the Foreign Office’s approach was that MECAS enjoyed ‘a measure of presidential protection’, that Jumblatt wouldn’t be minister for ever, and that the attacks would eventually stop. Lord Norwich noted: ‘fortunately, Kemal Jumblatt is not only mad; he is also known to be mad by his colleagues’. 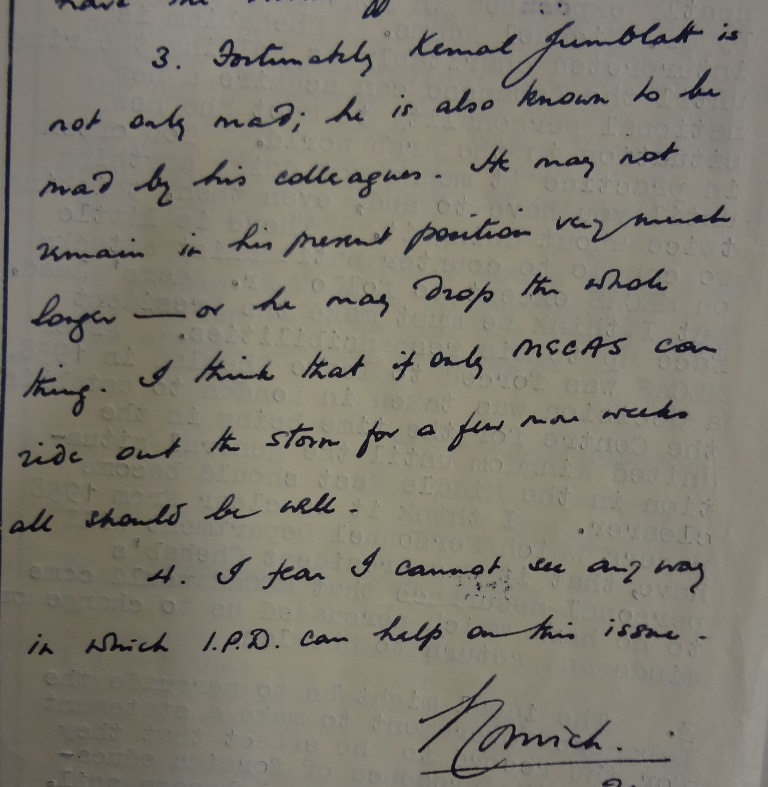 In 1958, when MECAS had returned to Shemlan after having been evacuated briefly due to the crisis between Maronite Christians and Muslims, President Chebab had given personal guarantees that the Centre was welcome in Lebanon. These assurances were repeated and, in August 1961, MECAS was declared perfectly legal by the Ministry of Justice – which prompted Lebanese newspaper Sha’ab to state on its front page: ‘espionage legalised in Lebanon’ (FO 371/157595).

In 1962, when Philby defected to the Soviet Union from Beirut, his name was linked to that of MECAS, and the embassy had to publish a statement formally denying he had ever studied at the Centre. This, however, didn’t help, and in Beirut, Crosthwaite warned that ‘even friendly Arab nationalists [regarded] the presence on Lebanese soil of a specifically Foreign Office institution as a symbol of Britain’s residual imperialist yearning in the Arab world’ (FO 366/3207). 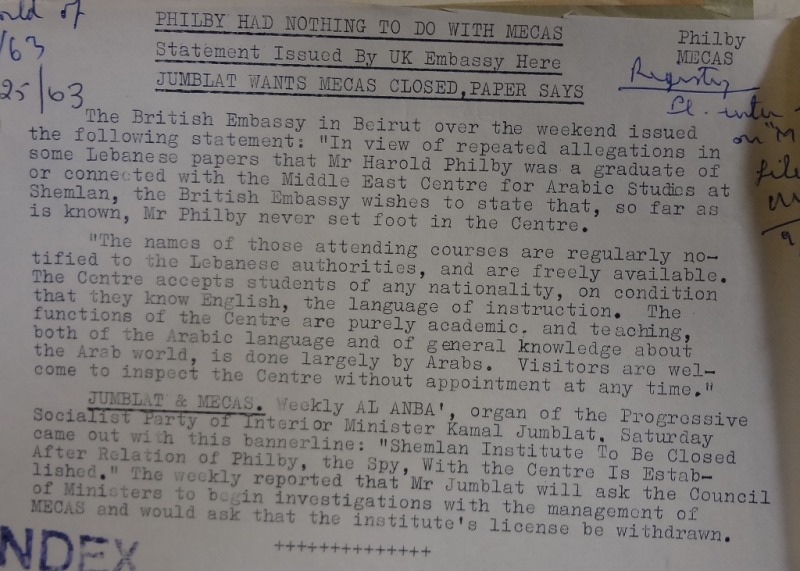 MECAS was eventually closed in 1978, for security rather than political reasons. The civil war was raging, and with Shemlan sitting on a line of Palestinian/Syrian communications, it felt safer to bring it back to London (FCO 93/2019). Some newspapers welcomed the departure of ‘the British Spy School’, but it had been the livelihood of the village for over 30 years. The closure came as a shock to the villagers, who wrote to the Foreign Office and all the former Directors to ask them ‘not to exclude for ever the possibility of MECAS returning to Shemlan’ (FCO 93/1516). 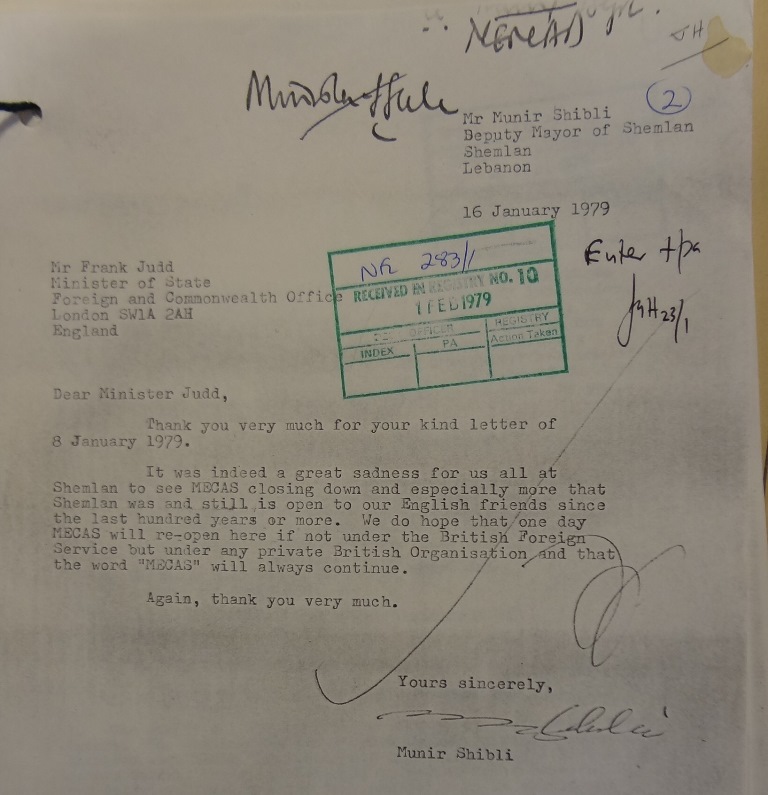 MECAS’ objectives and methods have been much debated since. MECAS, some said, was a useless crammer – forcing random lists of words into the head of half-willing students was never going to work; as a result, the Centre produced Arabists ‘with no deeply established understanding  of the language and certainly no liking for it’ FCO 93/1516). MECAS, purists added disdainfully, taught a version of Arabic that only MECAS alumni could understand; it was disconnected from reality. MECAS, some (non-Arabic speakers) claimed, created a powerful ‘Arabist mafia’ – in the mid-1990s, the Permanent Undersecretary, the Political Director and the Chief Clerk at the FCO, as well as the Head of MI6 and the Director General of the British Council were all graduates from MECAS.

Most of these criticisms are valid. But a nest of spies? There is no evidence of that. In 1943, a note did mention that ‘the immediate function of the Centre would be to train Army Officers for military and political intelligence’ (FO 371/34960), but this was before MECAS became a civilian institution. In 1951, the Director noticed six army officers had ‘received secret instructions from G.H.Q. M.E.L.F. to collect information of Intelligence nature and report to G.H.Q.’ Outraged, he demanded the instructions should be cancelled and reminded all concerned that the Centre’s activities ‘must be completely above board’ (FO 371/91443). 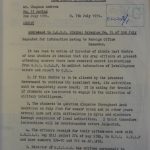 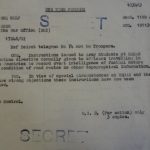 It is a bit unfortunate that George Blake was arrested in Shemlan while studying at MECAS, but it may be pointed out that he was a Soviet spy, not a British one. It is just as unfortunate that Philby should have disappeared from Beirut, but as stated by the embassy at the time, he had never studied at MECAS and he was also a Soviet spy.

I can only conclude, in the words Wilton in 1961, that if the Middle East Centre for Arab Studies was indeed a spy school,

‘I am taking the line (with those sophisticated enough to appreciate it) that it is a tremendous testimonial to our efficiency that despite 17 years in the business no graduate of MECAS has ever been caught spying’ (FO 371/157595).