Map A illustrating a maritime boundary agreement between the governments of the UK and the Republic of Ireland, 7 November 1988. Catalogue reference: FO 93/171/23.

On 7 November 1988, 25 years ago today, the United Kingdom signed a treaty with the Republic of Ireland, 1 demarcating parts of the offshore boundary between our two countries. This map is one of two that accompany and illustrate the text of this treaty. 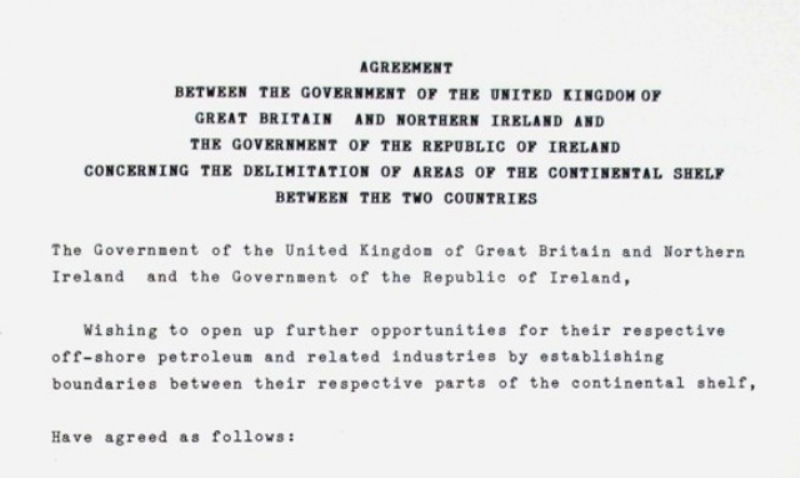 The opening of the text of the agreement.

The maps show the newly-agreed maritime boundary in the Irish Sea and the Atlantic Ocean as a zigzag pattern of straight lines. An annex to the treaty records the boundary line more precisely by listing the geographical co-ordinates of each of its ‘corners’.

Part of the list of co-ordinates marked on the map. These relate to the southern end of the boundary.

The United Kingdom’s historically-prominent role in global affairs, linked to its former status as a colonial power, means that The National Archives holds many records relating to international boundaries in various parts of the world.

Boundaries in water are often more difficult and complex to determine than boundaries on land, but having ownership of or rights of access to the sea and the sea bed can be particularly economically important. In this instance, the treaty mentions the possibility of co-operation between the two governments to exploit mineral resources, such as undersea oil and gas, in appropriate circumstances. 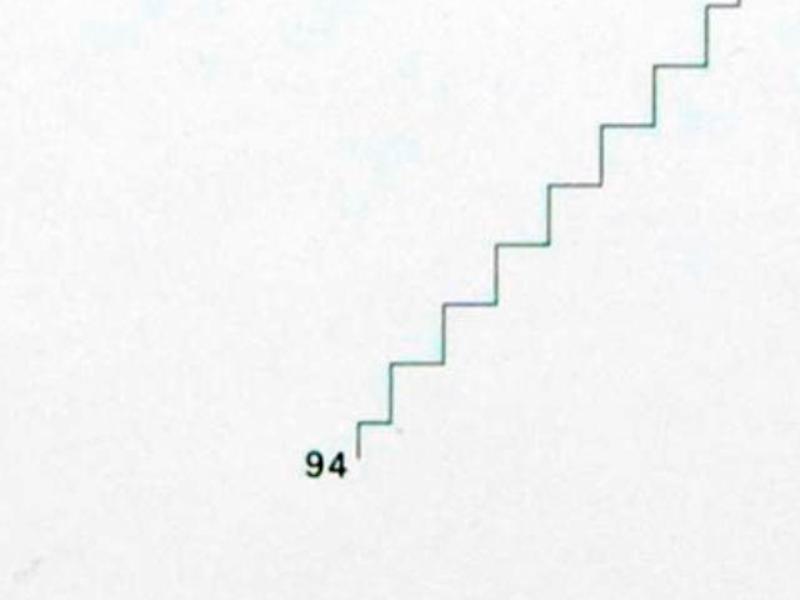 The southern end of the boundary line.

As befits its purpose, this treaty map depicts little more than coastal outlines, the new boundary and gridlines. It includes everything necessary to illustrate the text of the treaty clearly but nothing else.

To my mind, the map has a stark and utilitarian beauty. Whether or not it strikes you in the same way, I hope we can agree that superficial appearances are not everything. Plain, black-and-white outline maps are often just as important – and just as interesting – as colourful, beautiful or highly decorative items.

This blog post is adapted from an article originally published in the August 2013 edition of Magna, the magazine of the Friends of The National Archives.

The year 2013 also marks the 25th anniversary of the Friends, which was founded in 1988 as the Friends of the Public Record Office. Visit the Friends pages on our website to learn more about the Friends and how its members support the work of The National Archives.