Recently, I have being carrying out some research on the ‘Colonial Office Blue Books of Statistics’. These began in the early 1820s when the Colonial Office required Governors of British dependencies to send a variety of statistical returns to London on an annual basis. The name Blue Book is the Colonial Office term used for these statistics. They provided information from colonial governments for more than a century, on all aspects of the economy and administration of the territories. The last books were printed just after the Second World War, as late as 1949. 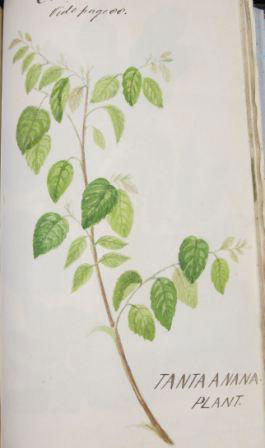 The books became increasingly complicated, with later ones having around 40 subjects and requiring very detailed information from the various government departments within the colonies. They must have been the bane of the lives of the colonial governors and I have found evidence in consular correspondence that these returns were sometimes incomplete and often returned late.

In a word they are brilliant – serious page turners, each one a gold mine of wonderful facts and figures, sometimes containing extra material that somebody felt was important to include. I want to talk about just one of these ‘extras’ – a medical report that Robert Clarke, ‘Colonial Surgeon and Surgeon to the natives’, included within his return of hospitals, from the Gold Coast in 1858 (CO 100/14). 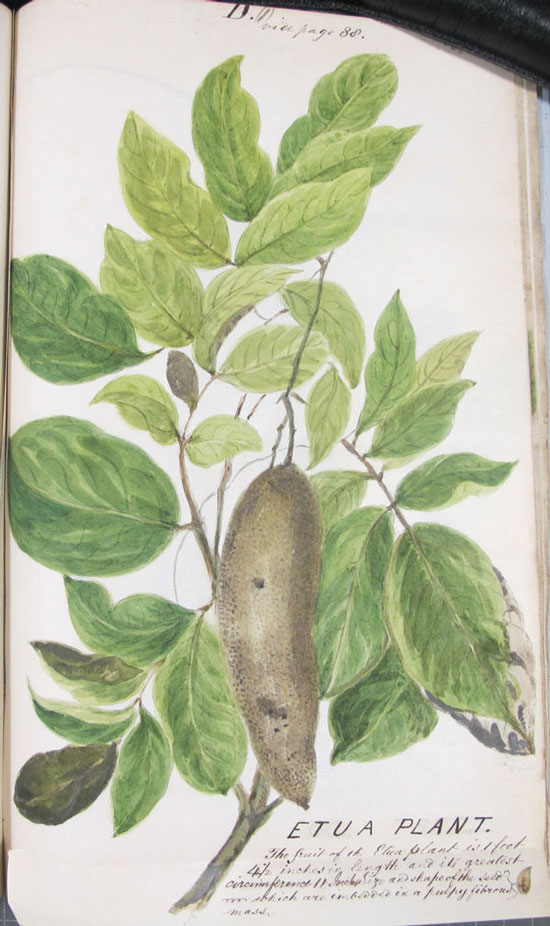 This is beautifully written and illustrated; a sensitive report of 120 pages which includes six watercolours of local plants painted by him. In the report he discusses ‘subjects of a kindred nature, having a direct bearing upon the public health’. He talks in depth about general diseases common in the Gold Coast, of the indigenous cures and of the Fetish men and women, revered and used by the local population as their medicine men. Clarke speaks of ‘their barbarous and debasing influence on the natives’. 1

He writes passionately about the need for a hospital which could not only cure and treat, but educate local people by creating a ‘civilising influence’ thus supposedly showing them the paramount importance of human life as well as instructing young people in the practice of medicine and educating all in the need for vaccination. He goes on to explain how the Fetish men and women were called upon to treat local women during labour and for abortions and the sometimes horrific consequences that could ensue. 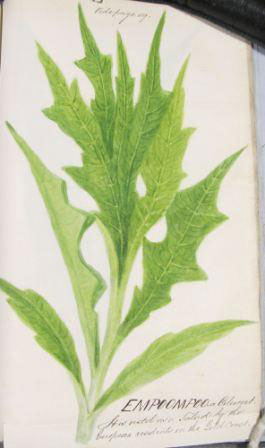 Another of his illustrations shows the leaves of the Empoompoo plant, which he writes is used as a salad leaf by the European residents on the Gold Coast!

Robert Clarke left the Gold Coast shortly after he wrote this report, but left behind him a rich picture of life there and I think a very personal desire to really help people lead healthier lives.

Blue Books can be searched on Discovery, our catalogue, by Colony and year.