A big month for family history 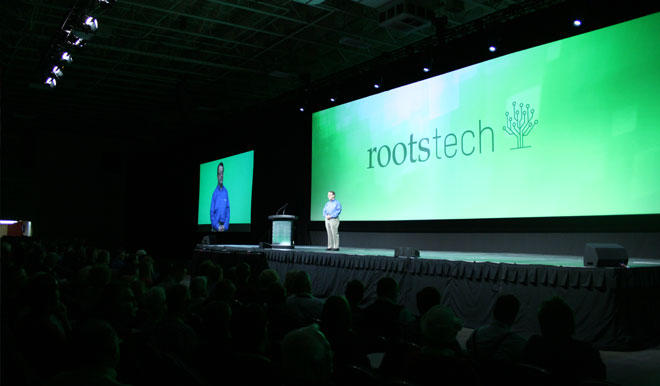 February is a big month for family history. The two biggest annual family history events in the world take place in February, one in the USA and the other in the UK. I have just come back from the Rootstech conference in Salt Lake City, Utah, just in time for Who Do You Think You Are? – Live (WDYTYAL) in London later this week.

I have attended every one of these events; Rootstech is a comparative newcomer, starting in 2010, while WDYTYAL began in 2007, incorporating the Society of Genealogists’ annual fair which was established more than a decade earlier. To be honest, I can’t remember exactly when that was, but I do know that I attended every one of those too. At various times I have been a volunteer for a family history society or a paid staff member on The National Archives stand; I have given advice sessions, and I have been a speaker as part of a main talks programme or on an exhibitor’s stand at the UK event. At Rootstech I mostly just get to enjoy the show, but I have been a speaker there too.

So with that track record I think I am well placed to compare this month’s two major events, and to look at how family history fairs and events have changed over the years. First of all, Rootstech is a conference, and Who Do You Think You Are? – Live is an exhibitors’ show, but the distinction is blurred, because Rootstech has a massive Expo Hall,  and WDYTYAL includes an extensive programme of lectures, called ‘workshops’ in the programme. However, the focus is still on the lectures at Rootstech, and on the exhibitors at WDYTYAL. It is no accident that at Rootstech, and other US conferences, these are referred to as classes, and the seating capacity is enormous, as is the choice of topics..  And although single day tickets are available, many if not most people attend on all three days. Interestingly, there is no charge for admission to the Expo Hall, although anyone not attending the full conference needed to register for their free pass.

Many visitors to WDYTYAL, on the other hand, are there to visit the stands run by commercial companies, societies and archives, as well as the popular Military Pavilion. While the workshops are always well-attended, I am sure that many visitors have a successful and productive day without attending any of them. Tickets are free on a first come, first served basis, and seasoned campaigners who want to attend particular sessions know to arrive early – you can see them queuing round the block before the show opens. Once in, they head immediately for the ticketing area, and the ‘fully booked’ stickers soon appear on the lists for the more popular talks. Then the vanguard appears, first at normal walking pace, then picking up speed without actually breaking into a run. You will not get their attention until they have their tickets, no matter how enticing your stand may be. I applaud this behaviour, as someone who has such an ordered and methodical approach to their day out has many of the attributes required of a good genealogist.

Rootstech, as its name suggests, is not just a genealogy event, but a technology event too. The idea behind it is to bring together genealogists, who may not be tech-savvy, with technologists, who may not know about genealogy, but who design the hardware and software that we use. While both events have commercial sponsors and exhibitors, at Rootstech they include computer and printer manufacturers, software providers and more, as well as the usual online genealogy companies. This is what sets it apart not just from WDYTYAL but from other genealogy conferences on both sides of the Atlantic.

There is always something new to see and try out, some of it in the sponsored Demo Theater, complete with comfortable chairs and free popcorn! Rootstech is also the first conference to have its own app for tablets and smartphones, although others have followed its example since.

My enthusiasm for Rootstech might make WDYTYAL seem like a poor relation by comparison, but that is not the case. Despite this year’s record number of more than 8,000 on-site registered attendees, Rootstech cannot claim to be the biggest family history event in the world, because more people still attend WDYTYAL every year. Only by adding the online audiences for the sessions which are live-streamed or recorded for the website can it hope to match the numbers attending the London event.

I love all this technology, and what it can do to bring records and expertise to a wider audience. But despite the fact that you can ‘attend’ distant events remotely, increasing numbers of people are still prepared to spend time and money on travelling considerable distances to both events. It is harder to gather accurate statistics for WDYTYAL, but Rootstech attracted visitors from 49 US states (apparently South Dakota didn’t get the memo) Canada, Australia, Israel and several European countries. So better and faster communication doesn’t replace face to face interaction, it just adds to it.

Meeting in the 21st Century

When I started researching family history in the 1980s we met at local society meetings, and communication with ‘distance’ members was slow and difficult. When the technology became available, societies set up websites and mailing lists to keep in touch with existing members and attract new ones. Now, new family historians are more likely to take their first steps online, and make contact with like-minded souls through newsgroups, message boards and various online communities. But when an event like WDYTYAL or Rootstech is coming up, people who have been online friends for a while jump at the chance to meet up in person. Isn’t that great?