Home > Blog > The beginning of the London Blitz

The beginning of the London Blitz 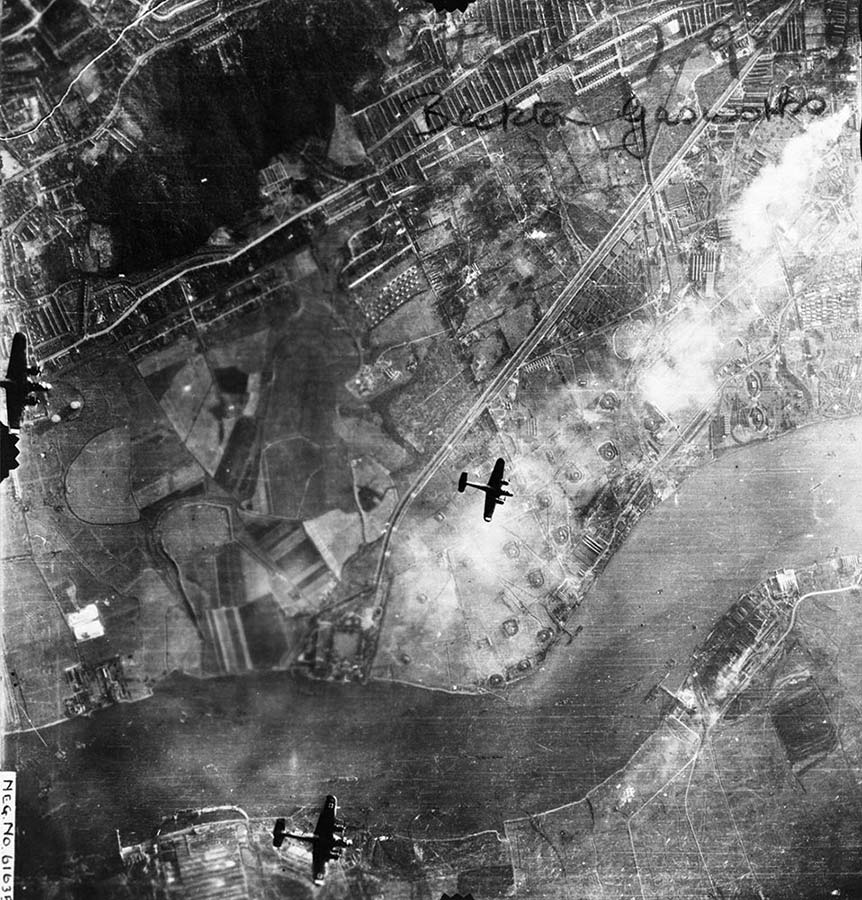 Air raids were one of the main strategies employed during the Second World War by both Nazi Germany and the allied forces. On 7 September 1940, 75 years ago today, the first night of what would become one of the most devastating continuous nighttime aerial bombing raids over London, known as the Blitz, began.

Derived from the word ‘Blitzkrieg’, meaning lightning war, the Blitz saw the sustained, targeted bombing of civilians by Nazi Germany. Between September 1940 and May 1941 the German Luftwaffe attacked the city on over 70 separate occasions, with around 1 million homes being destroyed and killing over 20,000 civilians.

Beginning of the London Blitz

The aim of these air raids was to cause death and destruction. Damaging the infrastructure of a city would in turn reduce the city’s ability to support the country’s war effort, and the raids which began on 7 September 1940 were no exception. Earlier, during the day, a raid of 350 German bombers advanced up the Thames estuary, targeting the docks. 1 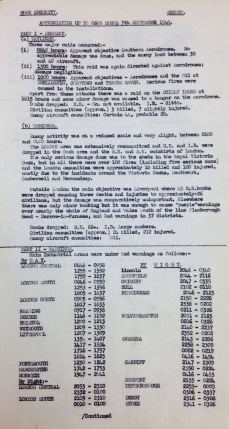 Daily Report of the Ministry of Home Security for 7 September 1940 (catalogue reference: HO 202/1)

As the daytime raid ended it gave way to a heavy night attack, which, unbeknown to Londoners at the time, would set the precedent for the nights to come over the next two months. Over 300 bombers attacked the city from all directions, using the fires from the earlier daytime attack to locate their targets. The attack continued from 20:00 on 7 September to 04:30 the following morning, by which time over 400 Londoners had been killed and a further 1,600 injured. 2

The daily reports of the Ministry of Home Security at the time suggest little awareness of the sustained aerial attacks that were to come. Conclusions from the night state, ‘the present degree of effort at night suggests that the main object is training and the secondary object damage and disturbance, rather than serious attempts at destructive bombing’. The report continues, ‘this [bombing] has not yet been carried out at night on anything approaching the scale of the R.A.F. [Royal Air Force] bombing in Germany or the full potential of the G.A.F. [German Air Force]’. 3

Devastation at the docks

The primary targets of the bombers were the dockland areas of London. One company directly affected as a result of enemy bombing was Messers Spillers Ltd’s Millennium Mill at Victoria Docks. A large number of high explosive bombs were dropped on the mill at 17:40 on 7 September. Fires immediately broke out which then spread to other parts of the mill.

Mr W Brown, a fire watcher stationed on the premises at the time, described how the Screen Room was hit by a high explosive bomb and caught fire immediately. The Turbine House and Engine Room were also put out of action which caused a failure of the sprinkler system throughout the mill. The fires were not fully extinguished until 3-4 days after the incident, with the result that the Screen Room, Flour Mill, Loading Shed and Warehouse were all completely destroyed. 4 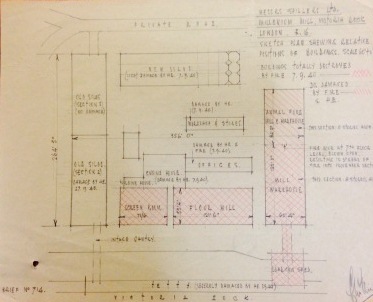 Plan of the damage to Millennium Mill (catalogue reference: HO 192/358)

Another dock attacked was the Royal Albert Dock, where HM Trawler Abronia was sunk after the crane next to it received a direct hit and collapsed onto it. Seven Royal Navy ratings who were sheltering under the same crane at the time lost their lives. In the grim reality of wartime, they were buried in communal grave number 1 at East London cemetery, along with civilians killed in the same raid. 5

Bravery in the face of adversity

Another area which suffered greatly on this night was Woolwich, and in particular the Royal Arsenal. Extensive fires broke out and many of those involved in combating them were recommended for gallantry awards.

One such person was a fireman named Samuel Frederick Pritchard, who was praised for his leadership and devotion to the fires on the night of the 7 September. On that night Pritchard was often single-handedly in charge of fires, with only the aid of auxiliaries, who often had little or no training. His leadership was commended, ‘owing to the continued bombing of the site, which caused numerous casualties, some of the men began to waver, but, by excellent leadership, Pritchard rallied them’. Significantly he prevented the fire from spreading to other buildings which contained explosives. 6

The nights and weeks to come

Fire fighters spent most of 8 September trying to control the blazes from the previous night, in an effort to prevent the fires becoming beacons for possible subsequent attacks. However, the fires proved too numerous. Many were still raging by the time night fell and the bombers returned to resume their attack.

The daily report of 8 September reads a little differently to that of the previous day, stating ‘further bombing on a large scale, probably directed at ports, must be expected’. The report also recommended that fire services should be at full strength in an effort to combat large fires more effectively and reduce the extent to which they aided enemy raids. 7

Weekly reports on bombing across the country, again produced by the Ministry of Home Security, highlight the increased intensity of raids on London. Report number 12 for 4-11 September concluded ‘the policy of attacking aerodromes primarily with the object of attempting to gain air superiority has been replaced by a concentrated bombardment of London with the apparent object of crippling the docks and dislocating railway communication’. 8 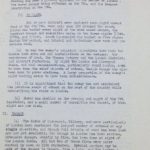 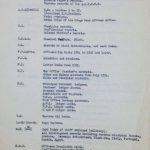 One of the pages listing the records destroyed at Arnside Street (catalogue reference: WO 32/21769) 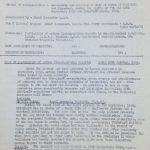 As well as damage to infrastructure, other institutions also suffered. On 8 September the Army Records Centre at Arnside Street in Southwark was hit, resulting in the destruction of many records, including volunteer records and photographic plates from the First World War, as well as numerous Boer War records and volumes of London newspapers from the War Office library. 9

As the Blitz progressed, the Ministry of Home Security began to record where bombs fell to analyse any patterns in the raids and enable them to best coordinate a response. This became known as the Bomb Census. You may have heard of the Bomb Sight website, which allows people to locate where bombs fell in London between 7 October 1940 and 6 June 1941; it is partly based on selected Bomb Census maps held here at The National Archives. The website also maps the first night of the Blitz.

The National Archives holds many records relating to Second World War bombing, including the London Blitz, but this is not always an easy topic to research. Our research guide on the Bomb Census survey and related records will introduce you to other sources related to the bombings and guide you through the research process.