The Battle of Lincoln

The Battle of Lincoln – one of the most critical battles in medieval history – was fought on Saturday 20 May 1217, 800 years ago. Forces loyal to the English king Henry III fought those supporting his great rival Louis of France, the son of the French king.

You might assume that the English would naturally be on the side of the English king against a French invader, but in fact a great number of the English barons supported Louis. To understand this, we must go back to the reign of Henry III’s father, King John.

John was not a popular king. His tyrannical rule had led to a revolt by many of his barons; Magna Carta, granted by John in June 1215, was an attempt to end this revolt by agreeing to many of the barons’ demands for fairer rule.

In the short term Magna Carta was a failure: in effect, John ignored his own charter, and soon many of the barons had taken up arms against him. Civil war ensued, and the rebel barons asked Louis of France, eldest son of King Philip Augustus, to come to England and take the throne. 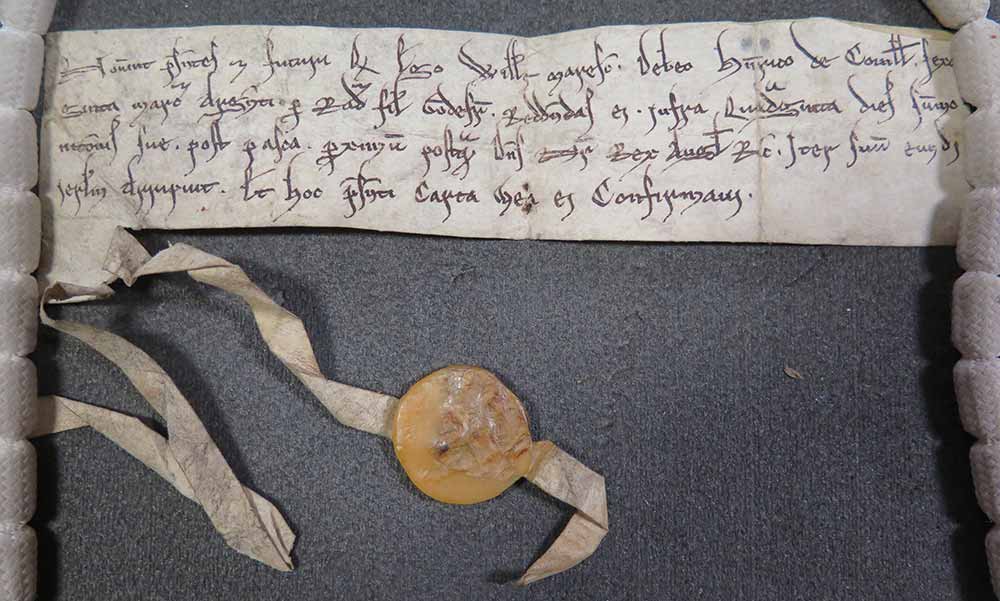 A sealed deed of William Marshal who would go on to become Earl of Pembroke and guardian of the young Henry III (DL 25/108; The Property of Her Majesty the Queen in Right of Her Duchy of Lancaster)

In October 1216, in the midst of this violence and turmoil, King John died, leaving his nine-year old son Henry as king. William Marshal, the aging but formidable earl of Pembroke, assumed regency of this deeply divided kingdom. The death of the hated King John took some of the impetus out of the rebel cause; William Marshal pressed this advantage by reissuing Magna Carta in the name of the new king, as a means of demonstrating his commitment to fair and just rule. Some of the rebel barons wavered and returned to the loyalist side. But Louis was now in England and keen to make good his claim to the English throne. For a few months, there was stalemate.

William Marshal remained a soldier at heart, and decided that military action was needed to end this impasse, expel Louis from England and secure Henry III’s position as king of England. He led his troops first to Leicestershire, where they took a castle that had been in Louis’ hands, and then turned towards Lincoln. 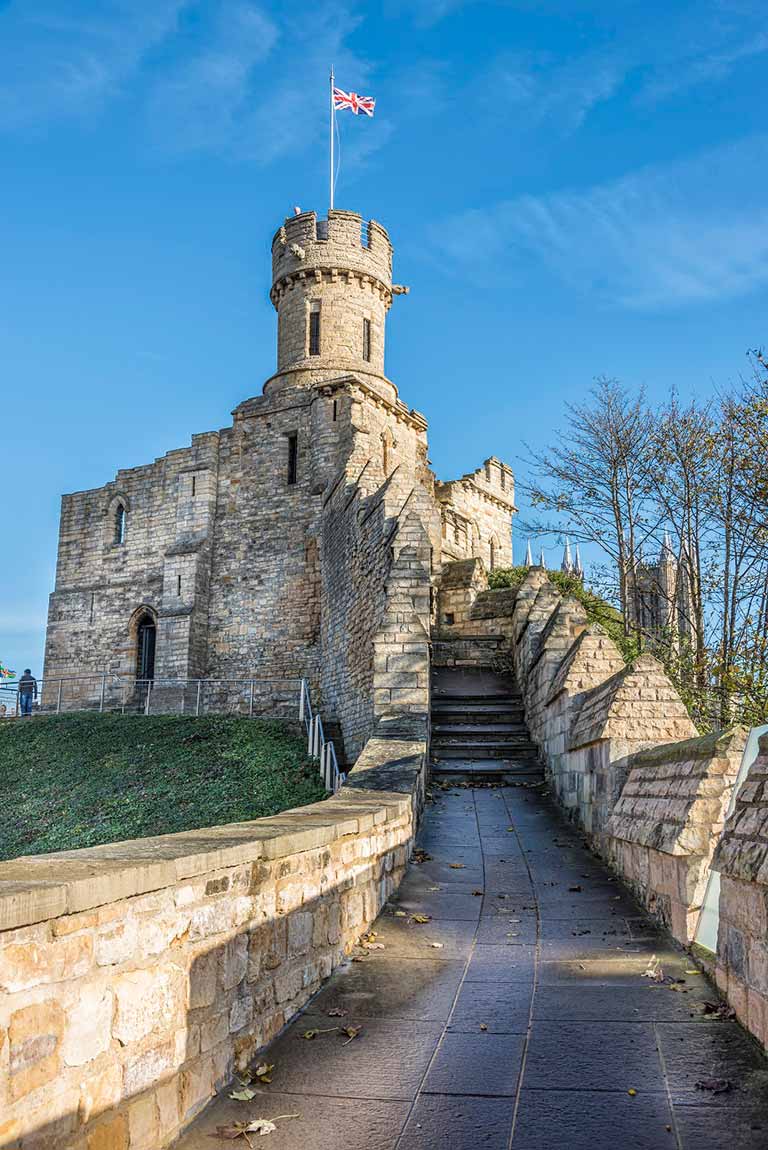 Lincoln, in the heart of England, was a strategically important walled city. For some time, it had been occupied by forces fighting for Louis, led by Thomas, Count of Perche. But Perche had been unable to take Lincoln Castle, which was at the centre of the city. The castle, in loyalist hands, remained under siege.

Leading the defence was its castellan, Nicola de la Haye. It was very unusual for a woman to hold such office in the medieval period, but Nicola had inherited the role from her father and she was determined to fulfil it. She must have been a tough woman – and she certainly had no intention of letting her castle fall into Louis’ hands.

It was vital that the forces loyal to Henry III retook the city of Lincoln and relieved the siege of its castle. William Marshal took the field himself alongside his son, also called William. The rebel commander was the Count of Perche, Marshal’s  first cousin, who also personally led his troops.

Marshal and his son led their troops to the North Gate of the city and forced their way in. Once inside the city walls, Marshal’s crossbowmen were able to take up positions on rooftops and fire bolts down upon the enemy. In the midst of this, Marshal led his knights and foot soldiers in close combat through the streets of Lincoln. The Count of Perche was killed and after some hours, the rebel forces surrendered.

It was a crucial victory for Henry III’s government, and paved the way for the deal which Marshal struck with Louis of France a few months later. As part of this, Louis left England, and those barons who had fought on his side received an amnesty. These terms seem quite lenient, but Marshal surely recognised the need for peace and reconciliation among the English nobility after years of unrest and bloodshed. 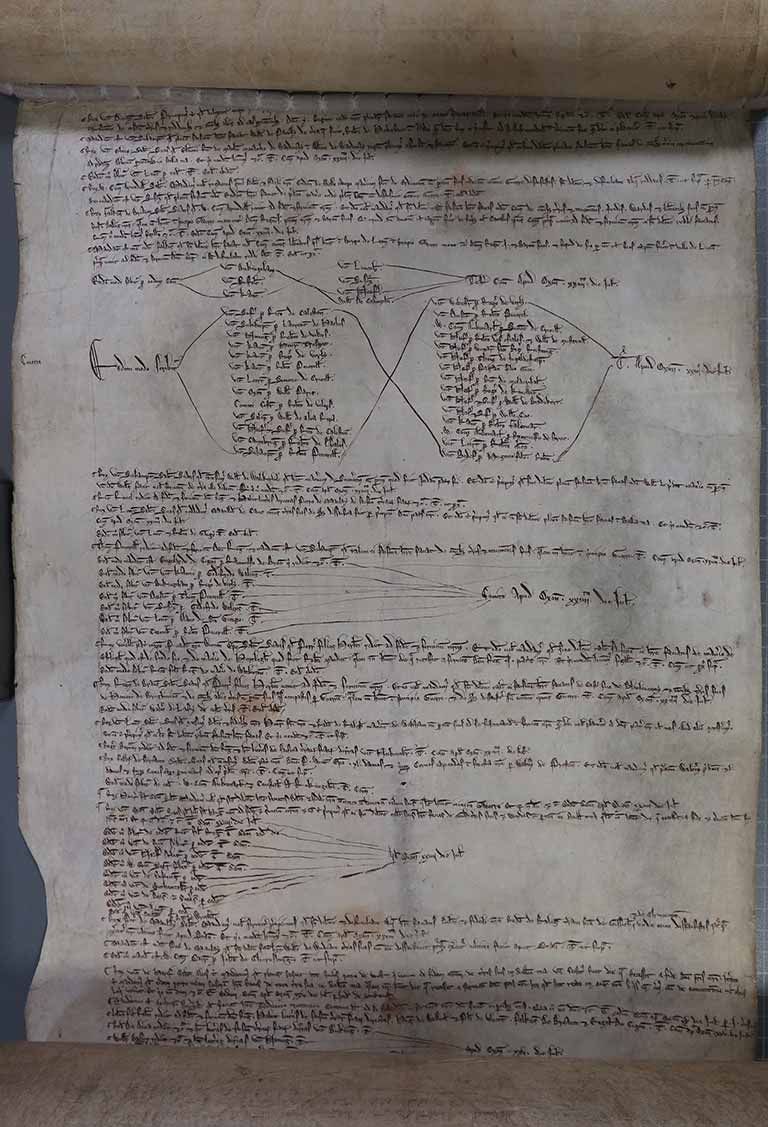 The close roll for 1 Henry III, with entries listing barons who had returned to the king’s faith after the Battle of Lincoln (catalogue reference: C 54/16)

The importance of the Battle of Lincoln was such that a number of medieval chroniclers wrote about it in great detail. There is also a wealth of documentary evidence, much of which is held here at The National Archives.

As a result, historians know a great deal about the battle and about some of its leading figures, including the chivalric hero William Marshal and the formidable castellan Nicola de la Haye.

We are hosting an expert panel event on the evening of Thursday 8 June, at which three leading historians will discuss the battle, its context and significance, and talk about some of the characters involved. Speakers include Professor Louise Wilkinson (Canterbury Christ Church University), Dr Thomas Asbridge (Queen Mary College, University of London), and Dr Sophie Ambler (Lancaster University). The event is free to attend, but please sign up via our online booking system.

Battles and Dynasties, an exhibition at Lincoln Castle, also commemorates the battle; The National Archives has lent a number of documents to it, including Domesday Book.