Band of Brothers – The Davies

I was going to focus only on one of my grandfather’s two brothers in this blog post, as he had won the Distinguished Conduct Medal (DCM) during the Second World War. But as I started to write, it was clear that there are interesting records that relate to all three. I had received my grandfather’s service record from the Ministry of Defence (MOD), but for the others I had to use other sources to find out what I could about their service. 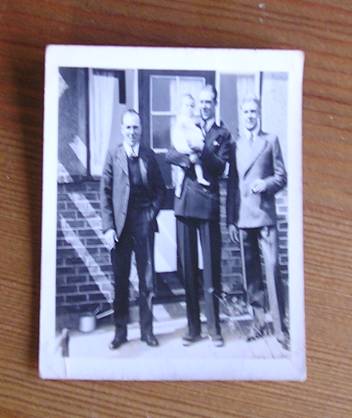 James Herbert Davies and Kate Ethel married in Stratford on 11 June 1914. Shortly after, on 27 September, my grandfather James Thomas Francis Davies was born in West Ham. He was followed by Sidney in 1916 and then Albert in 1921 1.

The three boys were brought up in and around East London and by all accounts the family were not well off. James Herbert had served in the Army – going into the reserves in 1910 before being called up in 1914 and being discharged in 1919. Due to James’ ill health and not being able to work the family were in receipt of poor relief. James applied for entrance to Gordon Boys Home in Woking for two of his sons, young James was admitted in 1928 aged 13 and, two years later, Sidney joined his brother aged 12, though there is no evidence that Albert attended.

The Gordonians website has detail of the history of the school, an interesting picture gallery and honours board that includes one of the brothers. 2 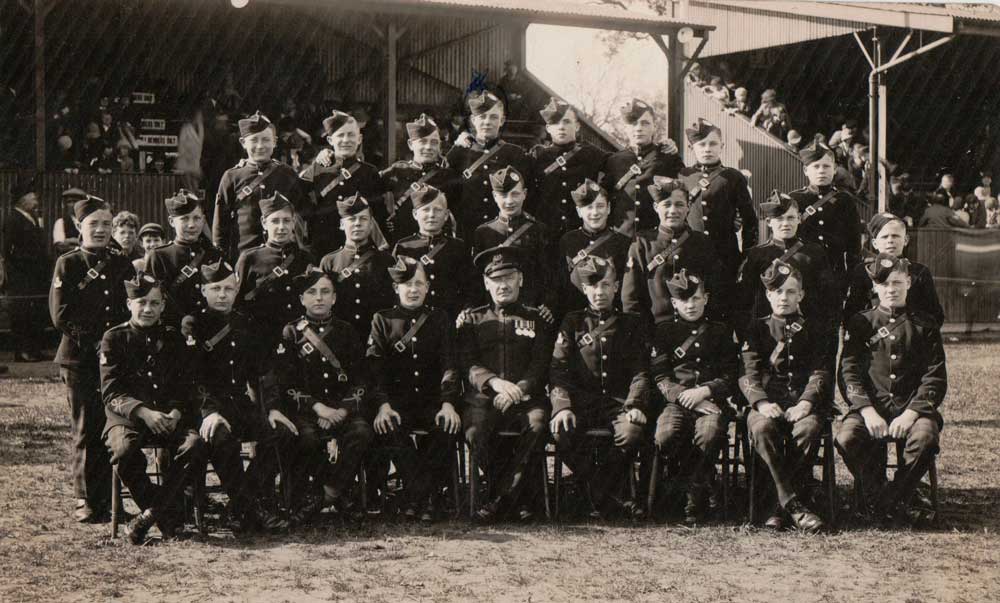 Both James and Sidney trained as bandsmen (hence the title of this post) which prepared them for military service. James joined the 17/21 Lancers in 1931 as a bandsman – looking at his service record, obtained from the MOD 3 he served in Egypt and India 1931-1939 and, during the Second World War, in the UK. The record showed that he had a number of health issues and was medically discharged in 1943 when his unit was sent overseas.

I have not accessed Sidney or Albert’s army service records as I have not been able to contact the next of kin to get their permission to apply for them. For Albert (better known as Frank) there are records that can help piece together parts of his service. To start: he, his wife and daughter moved to Australia in 1951 and the immigration records held in the National Archives of Australia list Frank as Warrent Officer 2nd class (WO2) serving from 1939 to 1948. 4 There is one other record that I will refer to later on.

Sidney joined the band of the 3rd The King’s Own Hussars in 1933 – within a matter of months his mother requested he be discharged on compassionate grounds, which they duly did. He re-enlisted at some point and served during the Second World War with the 4th and 2nd Royal Sussex Regiment.

If we turned back the clocks 71 years, we would find that the Allied forces were fighting a bloody battle against Rommel’s troops in the Egyptian desert at El Alamein.

The Second Battle of El Alamein started on 23 October with a heavy artillery bombardment and was won by 4 November 1942. The 13 day battle has been described as the turning point of the war. Its importance ‘certainly cannot be overstated’. 5 The writer of the report within WO 106/2254 was, in essence, correct as this was the first major defeat the Axis forces had suffered. The record gives a day by day account of the battle, gives an indication of the cost in human terms and contains various maps. 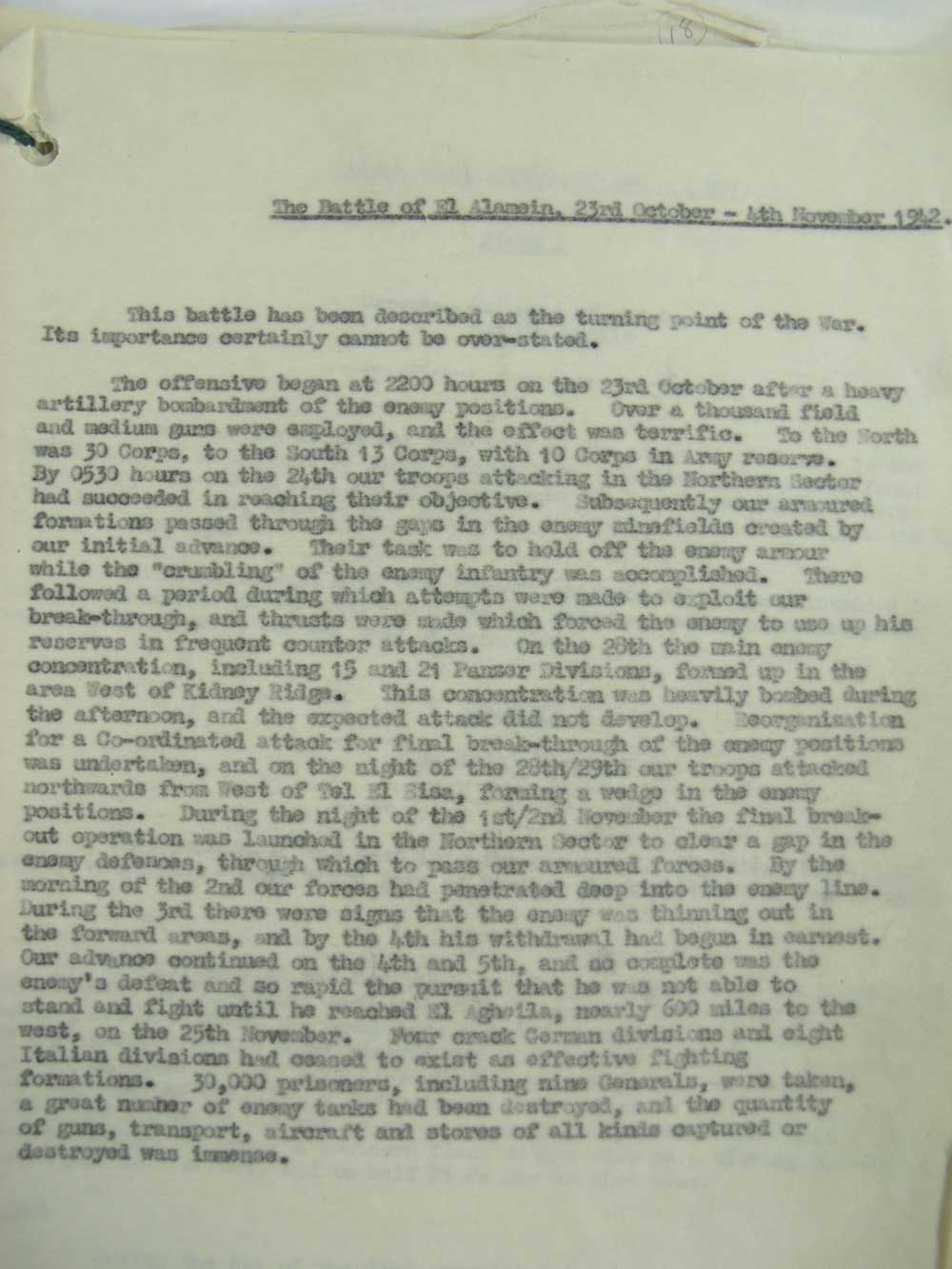 The record is one of many sources that give an overview of what took place throughout the battle. Here, we are going to focus on Sidney and the 4th Royal Sussex Regiment. Looking at the war diary for 25, 26 and 27 October the regiment had been engaged in fighting off counter attacks, had rested and then attacked enemy strongpoints containing 88mm guns and MGs. 6

On 28 October they moved forward and dug in near a ridge where, during the day, the forward units were attacked and overrun. There is a great article written by a veteran Pte Seal 7 which gives an account of the battle and his capture on that day. At some point on the 28th Sidney (Sgt Davies) took command of a troop of anti-tank guns and managed to fight off a number of tanks – for this he was recommended for the military medal, but looking at the record it appears that General Montgomery awarded the DCM. This was gazetted in June 1943 and the medal was awarded in the field. 8 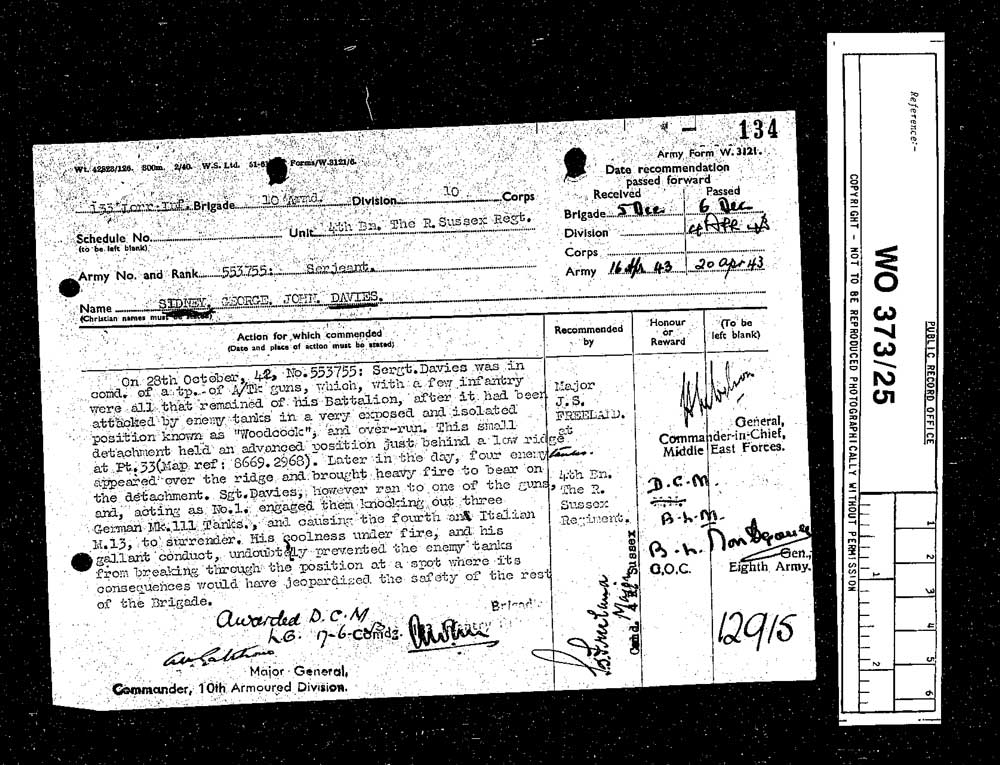 By the afternoon of 29 October,the war diary shows that the battalion was considered lost, except for the troop of anti-tank guns – possibly Sidney’s? Not long after what remained of the battalions were withdrawn.

The two brothers listed in the Sussex Regiment (catalogue reference: WO 169/5068)

In early 1943 the Royal Sussex regiment was reorganised due to the heavy loses. What was left of the 4th joined the 2nd. The war diary for the 2nd Royal Sussex regiment contains a full list of soldiers that were serving. On the same page you see 5507055 P/A/WO11 Davies S.G.J and 6399574 P/L/Sgt Davies A.W.F which indicates that Albert was serving with the Sussex Regiment as well.

To finish, one of my favourite documents is Sidney’s marriage certificate – at this time (1946) he was the Regimental Sergeant Major of Paiforce HQ based in Basra Iraq 9

Useful sites and links relating to the Sussex Regiment: