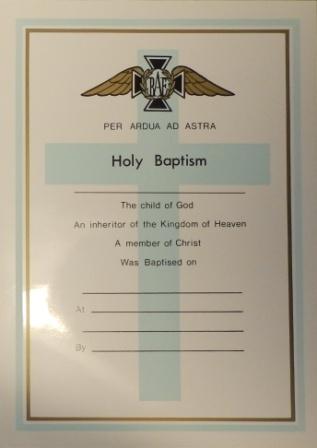 If you need a copy of a birth, marriage or death certificate issued in the United Kingdom, you need to apply to the General Register Office for England and Wales, Scotland or Northern Ireland, as appropriate. Before civil registration began the main sources of information on these vital events are parish registers, usually held in local archives.

Many family historians will find all the entries that they ever need in one or other of these sets of records. So you might not think that The National Archives will have much to offer in this area. In fact, we have a surprisingly large number of records relating to births, marriages and deaths, in a variety of record series. They include many registers of baptisms, banns and burials, as well as births, marriages and deaths. There are thousands of files, and most of them fall into four main categories:

This last category is in many ways the most interesting, for a number of reasons. For sheer variety it is hard to beat with a date range of more than 300 years and entries from all over the world and, unlike most of the others, new items are still being added to the collection. The earliest record in the collection is a baptism register from Sheerness Dockyard, starting in 1688.

Many of the armed forces records are registers kept by the chaplains of the various services, and they record baptisms, marriages and burials all over the United Kingdom and worldwide. Bearing in mind the size of the British Empire in the 19th century, there was a military or naval presence in a large number of locations, on every continent. Most of the events recorded concerned members of the armed forces and their families, but other people can be found there too; a child born overseas to a British couple with no direct military connections might be baptised in a garrison chapel, for example, simply because it was convenient.

As well as British civilian ex-pats, you might also find members of allied armed forces. Among the records that we hold is the burial register for the Royal Military College, Sandhurst from 1829 to 1978 (WO 156/450). This includes burials of members of the Free French forces during the Second World War, with annotations made after the war when their bodies were repatriated. The main series of army registers 1808-2007 is in WO 156, comprising 638 files, and there are 145 Royal Navy registers in ADM 338, dated 1845-1998. Our newest series of this kind is from the Royal Air Force in AIR 82, which we only received from the Ministry of Defence earlier this year. So far 293 files containing baptism registers are available to be consulted in the reading rooms, the earliest dating from 1919, and the most recent 2010. These registers contain a number baptisms of adults, and not just infants or children.

People generally consult recent registers mainly to find their own certificates, and the older ones to find dates of birth and parentage of their ancestors. My favourite entry so far is from 1975, which in decades to come will be of little use to researchers; it records the baptism of an adult woman, but unlike most other adult baptisms it gives no indication of her age, the names of her parents, or even her surname. It gives her Christian names and the date of her baptism, but the rest of the entry simply reads ‘Of riper years’. Good luck with that one, future genealogists! 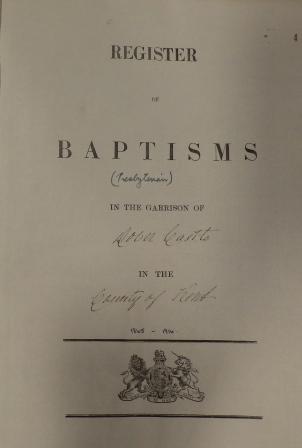 These three sets of registers in ADM 338, AIR 82 and WO 156 are by no means the only ones recording births, marriages and deaths in the armed services, they are just the largest ones. Others include registers from the Royal Marines in ADM 184 and a small number of registers for militia regiments in WO 68 which record details of marriages and baptisms in what can best be described as family group sheets – if only there were more of those! Other records contain actual baptism and marriage certificates produced as evidence of age, for example, but kept on file and not returned to the individuals. Many of these can be found among applications for the admission of children to the Royal Hospital School at Greenwich in series ADM 73. These applications are in the process of being catalogued by name. There are also some service returns among the Miscellaneous Foreign Returns in record series RG 32 to RG 36, including an incomplete series of military death 1914-1921 in RG 35.

There are far too many armed forces records containing registers or collections of certificates to describe them in any kind of detail. The collection here at The National Archives is large, but there are many other records held elsewhere. Many records of armed forces personnel and their families are recorded in regular civil or church registers at home and abroad, and the General Register Office for England and Wales holds a substantial number of registers as part of their Miscellaneous and Overseas Collection. The General Register Office for Scotland also includes a number of service returns among its Minor Records. Finally, most records relating to births, marriages and deaths among service families in India are part of the India Office Collection at the British Library.

Most of the service birth, marriage, death and related records that we hold are not online, or indexed by name, but you can do keyword searches in Discovery, our online catalogue using terms like ‘baptism’ or ‘marriage’ etc, restricting your search to ADM, AIR, or WO, and you might be surprised to find out how much there is to explore, and how many useful records are held in places you might never have thought to look.