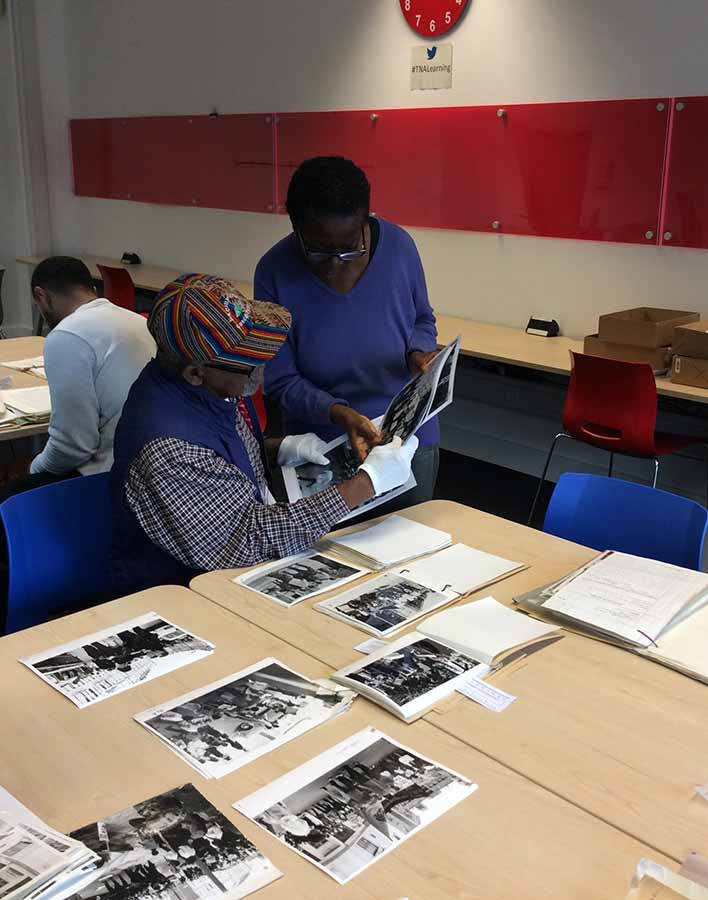 Althea and Eddie discuss the vivid photographs from the demonstration on Portnal road against raids on the Mangrove restaurant.

When you work in an archive, especially one that contains records that stretch back over a thousand years, you rarely have the opportunity to actually meet the people you are researching. Vicky and I did get this opportunity.

On Monday 4 July we hosted a very special visit from some of the key figures in the British Black Power movement during the 1970s: Althea Jones-Lecointe, the leader of the British Black Panther movement; Eddie Lecointe, a key campaigner in the movement; and Barbara Beese, one of the original Mangrove Nine. We also welcomed the family members of Frank Crichlow, the owner of the Mangrove restaurant.

This visit was a culmination of a year of research and events, in partnership with the Black Cultural Archives, which brought to light collections relating to one of the flash points of Black British History: The Mangrove Nine trials. These individuals were at the centre of the campaign against the police targeting of the black community in Notting Hill.

They built up a movement, took radical action to defend themselves in court, and formally exposed racism within the Metropolitan Police. The success of the trial led to the formation of the 1976 Race Relations Act; a step closer to racial equality.

Our controversial records on the Mangrove Nine consist of secret police and government reports; pamphlets and periodicals seized from houses of campaigners, and photographs purposefully taken to target key leaders of the Black Power movement. As we set out these documents for our guests there was a sense of nervous anticipation: How were they going to react? 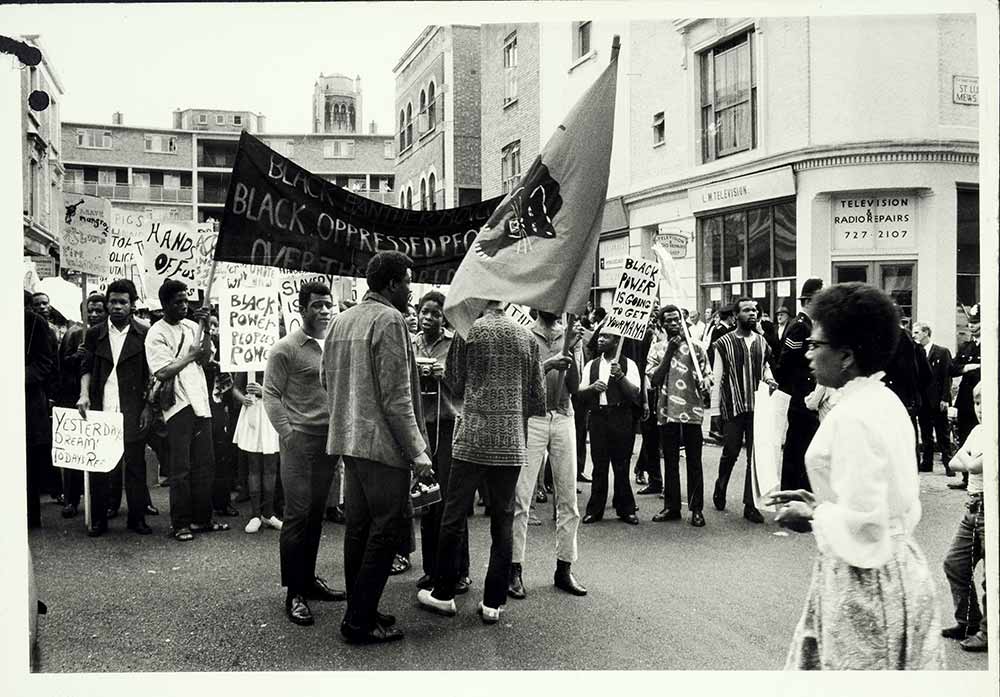 After a short introduction to The National Archives, our guests were shown the original documents, many of which made direct reference to them. Despite our initial apprehension, their reaction was overwhelmingly one of grace and humour.

While exploring the material they reminisced about friends and family members in the photographs; they remarked on how young they looked and laughed at their fashion choices. These lighthearted moments were intertwined with more shocking memories of some of the discrimination and racism they had experienced, and the fraught relationship with the police at the time.

In a particularly sobering movement, Knowlton Crichlow read out the Special Branch police report relating to Althea Jones–Lecointe. It was one of many reports following the trial which records the movement and personal information of the Mangrove Nine, and reflected government attempts to step up their surveillance of Black Power groups. 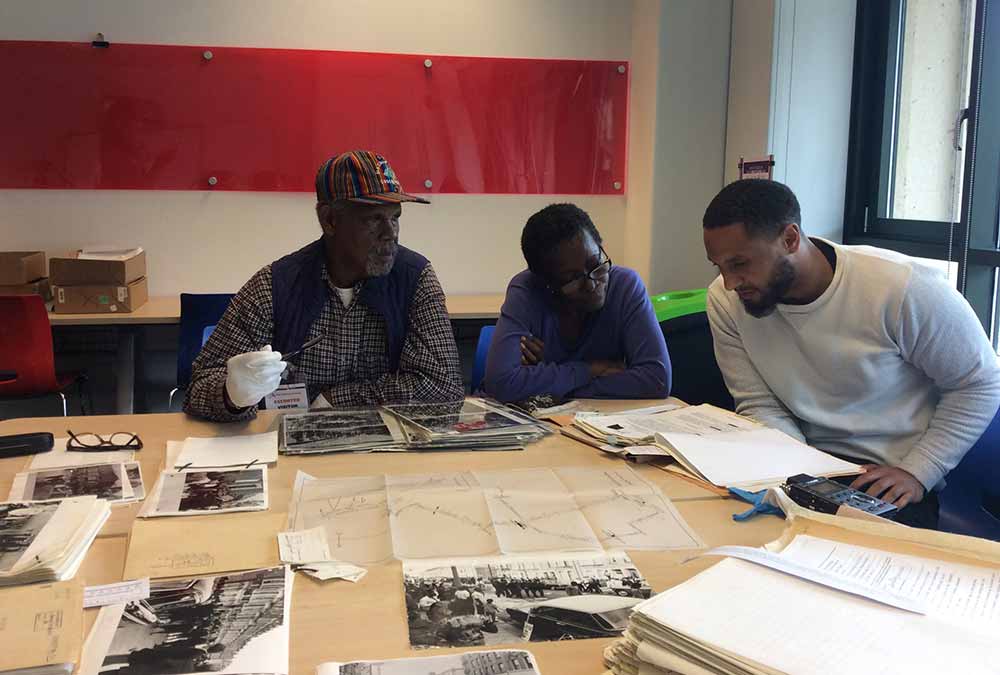 Other themes that emerged in discussions included the impact of the trial itself. Althea talked about the importance of the self representation in court which allowed her to expose police brutality throughout the trial: ‘They were not going to speak for me’, she commented. This impact was not just important for the individuals involved but the movement as a whole. Discussions turned to the solidarity and support received from movements in America and the Caribbean.

But overwhelmingly there was a sense that the Mangrove Nine Trial and the campaign against racial discrimination in the 1970s held a strong relevance to today, and the importance of open and frank discussions about immigration, Britishness and identity. Althea expressed the urgency for young people to speak out against racism and discrimination in the same way that the Mangrove Nine had done.

As we neared the end of the visit Lenora Crichlow asked the question: ‘How does it feel seeing these documents after all these years?’. The reply: ‘it’s difficult to put into words’. 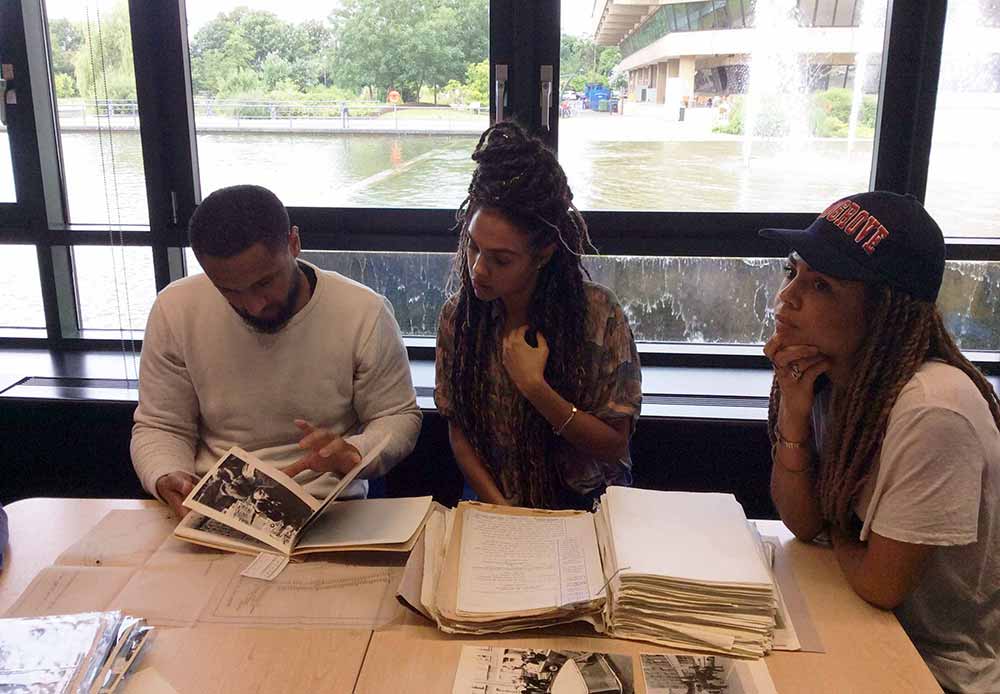 The children of Frank Crichlow – Knowlton, Amandla and Lenora – look at records relating to their father’s experience of the Mangrove Nine trials

For Vicky and myself, the visit has been a rich and fascinating experience; an opportunity to meet the leaders of an understudied movement. Not only in terms of finding out things about the trial that we would never would have otherwise, but in solidifying how relevant and important archival material can be. Within these walls are thousands of cases of social, grass-roots history, living history, that are more important than ever to expose.

It has been such a privilege to meet Althea, Eddie, Barbara, Knowlton, Lenora and Amandla and we would like to thank everyone who made this happen. 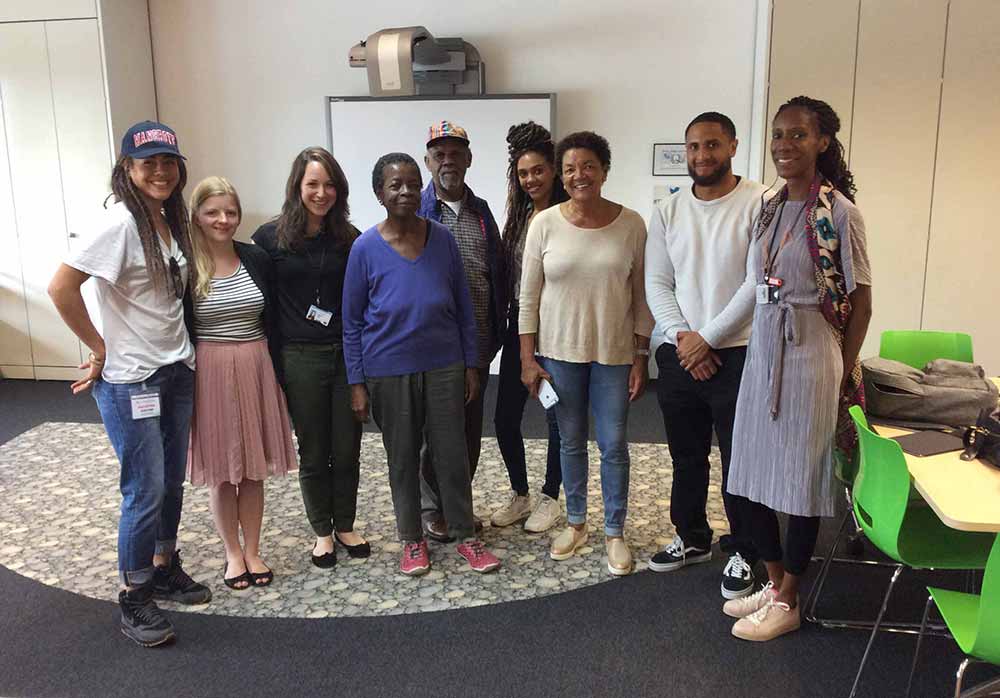 To find out more please see the links below: