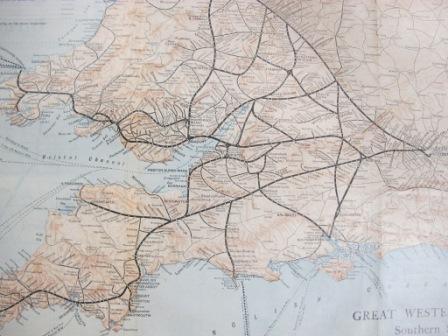 Edward Thomas (1878-1917), who was killed in action during the First World War, was a poet and essayist chiefly remembered for his poem Adlestrop which recalled the sudden peace and serenity of a village railway station in the days prior to the First World War.

the name, because one afternoon
Of heat the express-train drew up there
Unwontedly. It was late June.

The steam hissed. Someone cleared his throat.
No one left and no one came
On the bare platform. What I saw
Was Adlestrop – only the name

And willows, willow-herb, and grass,
And meadowsweet, and haycocks dry,
No whit less still and lonely fair
Than the high cloudlets in the sky.
And for that minute a blackbird sang
Close by, and round him, mistier,
Farther and farther, all the birds
Of Oxfordshire and Gloucestershire.

But was the train due to stop at Adlestrop anyway? 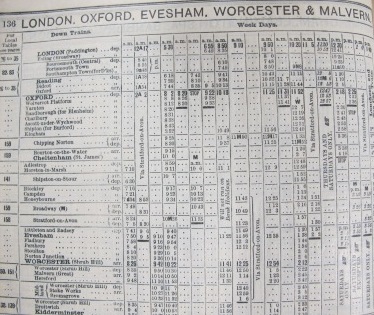 The use of the word ‘unwontedly’ is, in my opinion, highly significant.  The train was about to pass through Adlestrop on its way to Worcester when it stopped suddenly, unexpectedly and without warning at Adlestrop itself. An unwanted and unplanned pause (and as any modern day traveller knows, unexpected and prolonged stoppages on railway journeys do occur and they are more likely to occur between stations and not at stations). But the delay was by no means unpleasant, as the poet indicates and, for Thomas, this became a sudden stop which in retrospect caught a moment of two of unexpected peace and quiet before the ‘Guns of August’ heralded four years of war.

Had the train been due to stop at Adlestrop the poem would have been very different. An anticipated stop is functional; any train traveller knows that trains stop at railway stations by the by. A stop which is unanticipated prompts the thoughts – why have we stopped? How long will the stop last? It could prompt poetic reverie. But in fact the train was due to stop, or so it appears.   The GWR week day passenger timetable for June 1914 (reference RAIL 936/48) records the  Paddington to Kidderminster via Oxford  train as being due to leave Paddington at 10.20 am, arriving at Oxford at 11.44, leaving Oxford at 11.52, arriving at Kingham at 12.40 and arriving at Adlestrop at 12.48 – the times coinciding with the times in Thomas’ own field notes.

So a stop written into the timetable – not an ‘unwonted’ stop while the signal was up. And Thomas was also travelling with his wife, I gather, and not travelling alone.

But still a wonderfully evocative poem and, if there is poetic licence, then that does not reduce the poem in any way.