Set cookie preferences
Home > Blog > A stamp for the Ladies or the Gentleman?

A stamp for the Ladies or the Gentleman?

The latest release of pictures from Through a Lens have been made available on Flickr, and these now include Aden, from the section entitled Yemen (the modern name for the region). 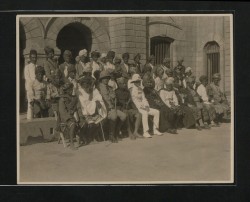 My first thought was that these are not the glamour or action images we have seen in the previous Colonial photographs taken from CO 1069. They include nice scenic shots, and people posing for the camera. 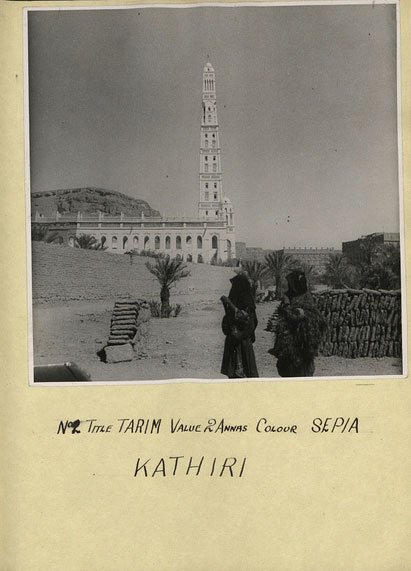 But amongst this collection are a collection of ‘views of Qu’oiti and Kathiri used for contemporary stamps in the 1940s’. After a chat with a colleague, I began thinking… How do you end up being on a stamp? Just imagine if the Post Office revealed their latest stamp showing a stately home with a tourist walking in front of the camera, wearing a twee baseball cap with a guide in hand. Not very likely, perhaps.

But this seems to have been the case in Aden. One particular picture (catalogue ref: CO 1069/681/23, see right), shows two ladies looking at the camera with the caption: ‘No 2, Title Tarim value 2 annas colour Sepia, Kathiri’. Were they thinking: ‘Oh good! A camera – I’m the next 2 annas star!’? Or perhaps they were aiming for the 1 Rupee stamp… 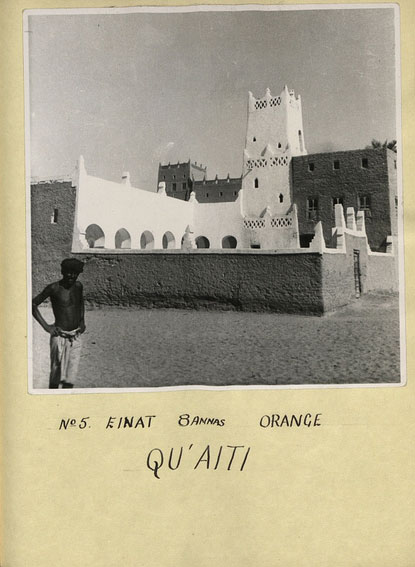 A further glance through the pictures reveals a gentleman posing in front of a building, captioned ‘No 5 Einat 8 annas Orange Qu’aiti’ (see left). Does this gentleman end up being on an 8 annas stamp?

The skill involved in transferring a grainy black and white photograph to a nice clear engraving for a postage stamp is outstanding. Nowadays we use computers and technology to make copies of our photographs. But before computers there was a skilled craftsman who would take hours to painstakingly ‘draw’ or engrave the photograph onto a small template. 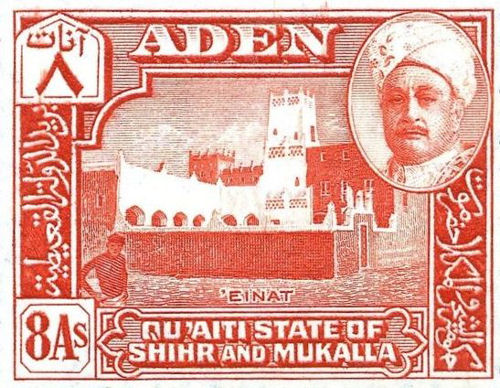 This hard work seems to show far more detail on the stamp than the original photograph, with the gentleman looking even more of a character on the stamp. Even the white of the building contrasts against the background far more vividly. This is yet another skill lost to computers, I fear. 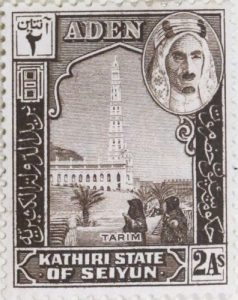 The ladies were not forgotten, they were on the two annas stamp for Kathiri State of Seiyun, standing proudly in front of the Tarim, in the Hadhramaut Valley.

While these images could be considered uninteresting at first glance, they show that even Aden can demonstrate the diversity of the images we have seen in Through a Lens. They not only record a moment of history, from buildings to landscapes, but also the people – those featured in the images, and reminding us of those who produced them as well.

And my colleague, well he is even prouder of his stamp collection now, though personally I would prefer to try the Belgian beers.