‘A Somerset House clerk once declared that the tedium of his labour on the registry of births and deaths is often relieved by coming across a humorous juxtaposition of names…then the face of the clerk  will be covered with a smile.’ 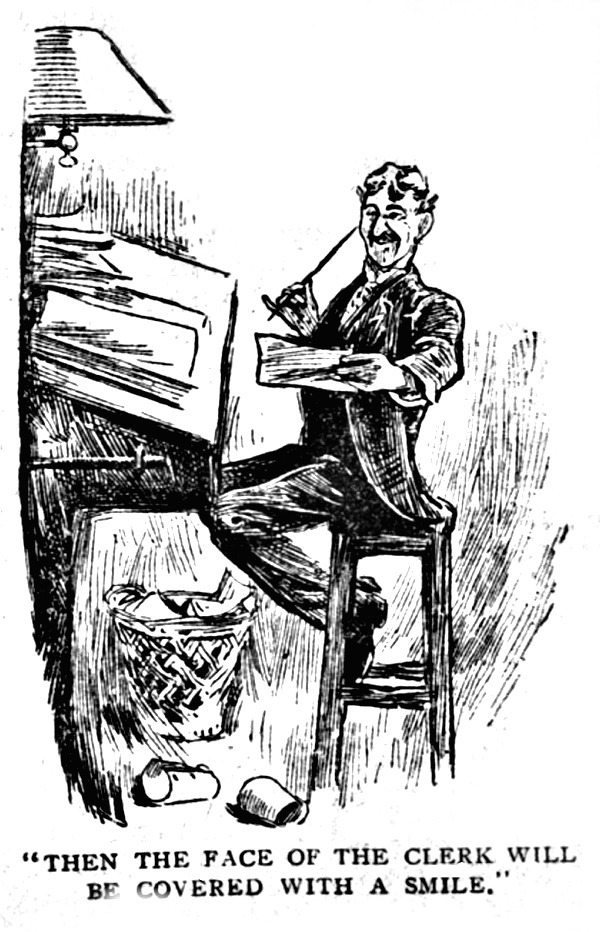 So began an article in Cassell’s New Penny Magazine in 1899. For ‘Somerset house clerk’ you could substitute anyone who works with lists of names on a daily basis. This has been my lot for most of my working life, first in customer accounts for a major department store, then as a professional genealogist and now as part of my job here at The National Archives.

One of the things that we do when we are not on public duty is cataloguing, and I recently joined the team working on the School Admission Records among the papers of the Royal Greenwich Hospital in series ADM 73. These are interesting records in themselves, often containing copies of birth, baptism and marriage certificates, service details and correspondence. But, as in the case of the man at Somerset House, this clerk’s face was covered with a smile on discovering the best name I have seen in a long time – Singular Onion Gallehawk. I had to read it a couple of times to be sure I wasn’t mistaken, but the writing was very clear.

Naturally, I had to find out more. On applying for a place in the school for their child, parents were asked for the names of any other children they had, which told me that John James Gallehawk, a customs officer, and his wife Effield had named their other children Cassandra, Lorenzo, Arthur, Olive and Hamilton. Since the children were born in the 1840s and 1850s I easily found the index entry for the parents’ marriage on FreeBMD which revealed that Effield’s maiden surname was Onion, which at least explains young Singular’s middle name. As forenames go, Singular is extremely rare, but not unique – or, if you prefer, not strictly ‘singular’ at all. According to FreeBMD, which is close to being a complete record of all birth, marriage and death entries in England and Wales from 1837 until about the Second World War, there were six people with Singular as a first or middle name, one of them being Edward Singular Onion. Searches of worldwide databases FamilySearch.org (free) and Ancestry.com (a subscription site) reveal a few more instances of the name, but not many. Within England and Wales, the name appears almost exclusively in Kent, Essex, London and the south coast. People (of both sexes) bearing his mother’s forename, Effield, are a little more numerous, but are still rare. It is more common as a surname, concentrated in the Lincolnshire area.

Young Singular Gallehawk was not accepted as a pupil, but his younger brother Lorenzo was, and went on to serve in the Royal Navy. His service record, part of The National Archives online collections at ADM 139/788/54 includes a great deal of information, including a letter from his father when Lorenzo was 14 years old which reads: 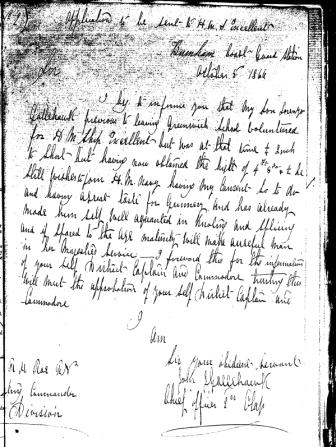 ‘I beg to inform you that my son Lorenzo Gallehawk previous to leaving Greenwich School volunteered for H M Ship Excellent but was at that time 1/4 of an inch to short but having now obtained the height of 4ft 8 & 1/2 he still wishes to join H M Navy and having my consent so to do and having a great taste for gunnery. And has already made him self well aquainted with knoting and splicing and if spared to the age [of] maturity will make a useful man in Her Majesties Service …’