Since 2009, The National Archives has held an annual Green Week for staff – each day of the week had a different theme, from Biodiversity to Waste Disposal. It was decided that this year instead we would just do it all in one day and invite local residents and The National Archives’ visitors to come along too. Uncertain if we would generate enough interest, we began to plan at the end of Green Week in 2011. 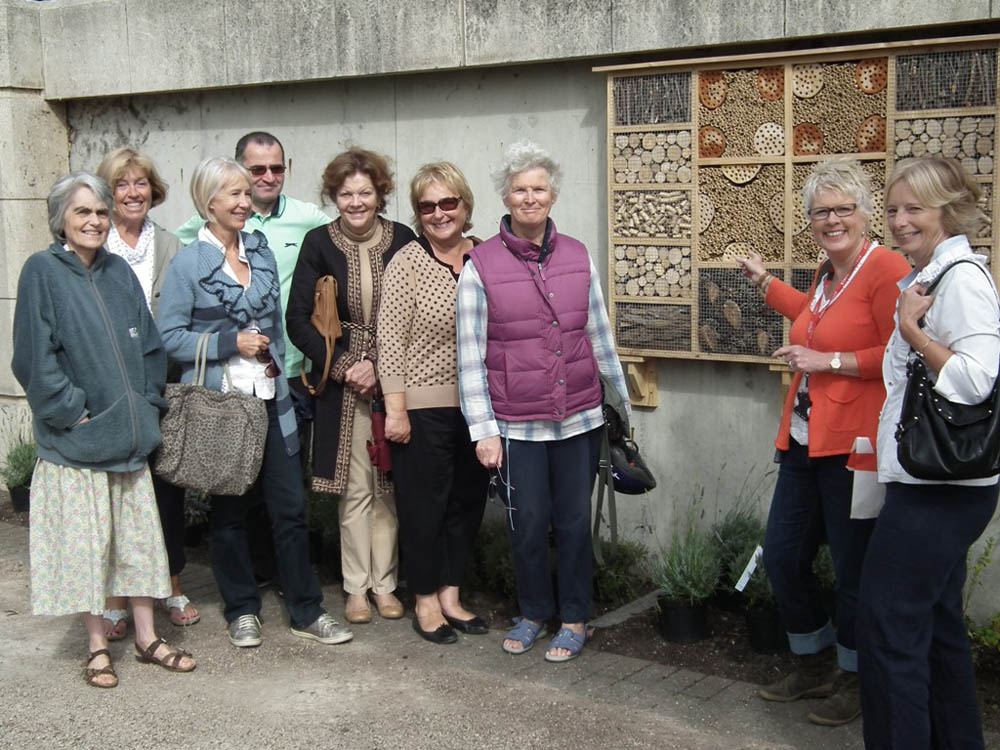 Stopping at the bug hotel 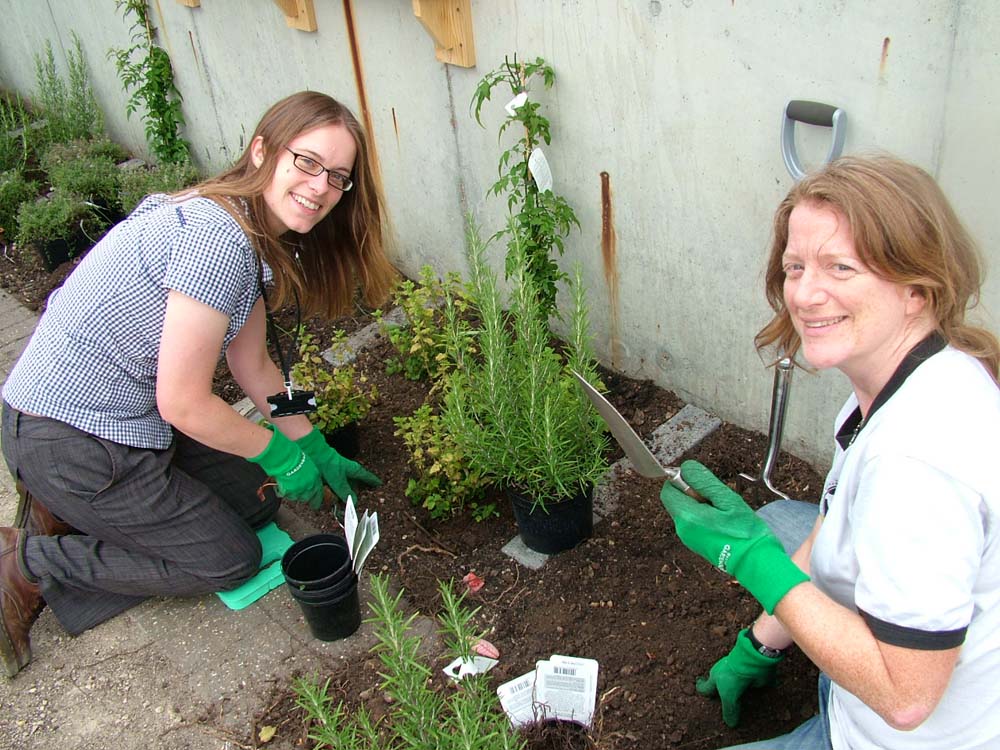 It was agreed that I would be doing three Biodiversity tours, where I would point out interesting aspects of our Biodiversity Project, look out for local wildlife, and end at the beehives where our beekeeper would give a talk about beekeeping, honeybees and honey tasting. On the day it did threaten to rain so I wondered how many people would sign up for my tours – to my surprise there was such a good response.

I was pleased to see that there were representatives from staff, visitors and local residents. Present amongst the group seen here at the Bug Hotel (see picture above) is Mary Smith, the chair of Pensford Field – a local nature reserve in Kew, and Diana Dunrossil, chair of the Friends of Kew Pond, as well as a number of members from the Kew Society. It was so nice to meet everyone on the tours and to find out more about them and the local projects they’re involved in. 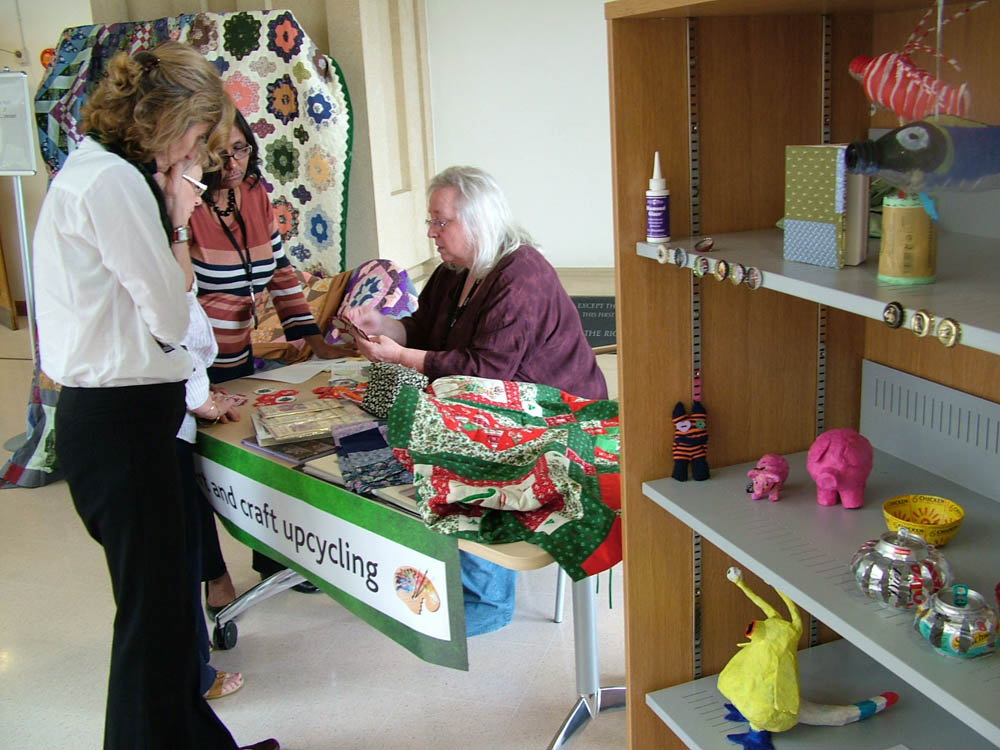 Carole showing colleagues how to patchwork

Green Day was an opportunity for The National Archives to showcase the green initiatives that are championed by staff from across the organisation. During the day, staff and visitors were able to get involved with a number of activities and talk to various representatives from the many departments, contractors and suppliers here at The National Archives. Amongst these were Dr Bike, Thames 21 and Computer Aid, a charitable organisation who recycle all our end of life IT equipment. The Information, Communication and Technology (ICT) department showcased Thin Client technology and its power saving ability over conventional desktop PCs – now used in our Research and Enquiry Room – as well as giving tips on Green IT. The groundsman from ETDE, the facilities management company, worked with staff volunteers planting a herb garden next to the bug hotel. The Genuine Dining Co, caterers at The National Archives, invited their partners along to talk about sustainable and locally sourced food and recyclable food containers.

Overall it was a great day and an opportunity to showcase some of the many green initiatives at The National Archives.