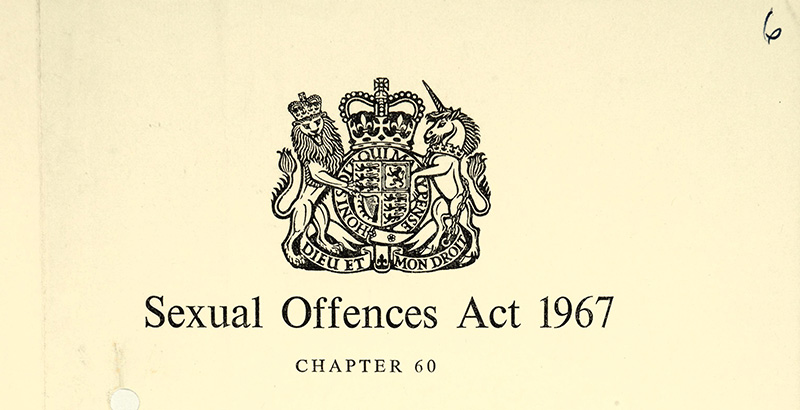 This year sees the 50th anniversary of the 1967 Sexual Offences Act, which received Royal Assent on 27 July 1967.

This Act of Parliament decriminalised homosexual acts ‘in private’ between two men over the age of 21 years. It applied to England and Wales.

2017 is also the 60th anniversary of the Report of the Departmental Committee on Homosexual Offences and Prostitution – known as the Wolfenden Report, after Lord Wolfenden, the chair of the committee.

To mark this important anniversary year, we are holding two special events, and publishing new blogs, a podcast and a Flickr album showcasing our LGBT+ projects and records.

We are also updating our gay, lesbian and bisexual research guide. If you would like to help us shape the future version of this guide, please complete our short survey. 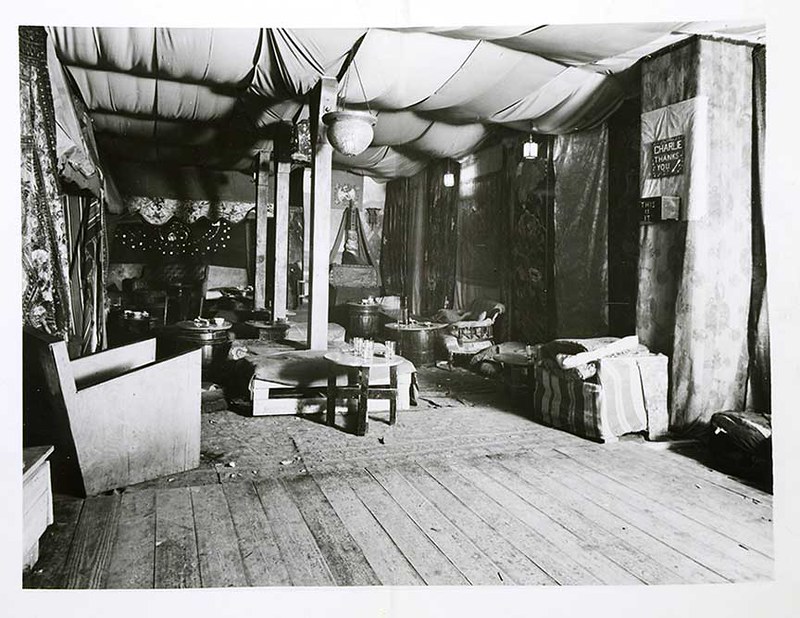 ‘Records held at The National Archives tell an essential part of this story from the 1957 Wolfenden Report recommendations to decriminalise homosexuality, to the build-up and passing of the Act itself. Through our records it is possible to trace the significant moments and milestones in LGBT+ history and reflect on the importance of this legislation today.’

The last 12 months have been incredibly busy in our Diverse Histories team, opening up our records to new audiences. As well as delivering many events onsite in Kew and participating in the OUTing the past festival, we collaborated with the National Trust on an exciting project to recreate the Caravan Club in Soho using our records as inspiration. Hundreds of visitors were led on guided tours of LGBT+ history of Soho and many more enjoyed evenings in the club with authentic entertainment from the era.

Explore our many LGBT+ resources here, including blogs and podcasts on all of the activities and projects featured in this blog: