150 years of the Welsh colony in Patagonia

This week, 150 years ago in 1865, a Welsh speaking colony called in Welsh ‘Y Wladfa’ (‘The Colony’), was established in the valley of the Chubut River in Patagonia in Argentina. In the 1880s, a further colony was established in the foothills of the Andes and this was called ‘Cwm Hyfryd’ (‘Pleasant Valley’). Although measures were later taken to remove some of the colonists to Canada and South Africa, most of the settlers and their descendants remained in Argentina. 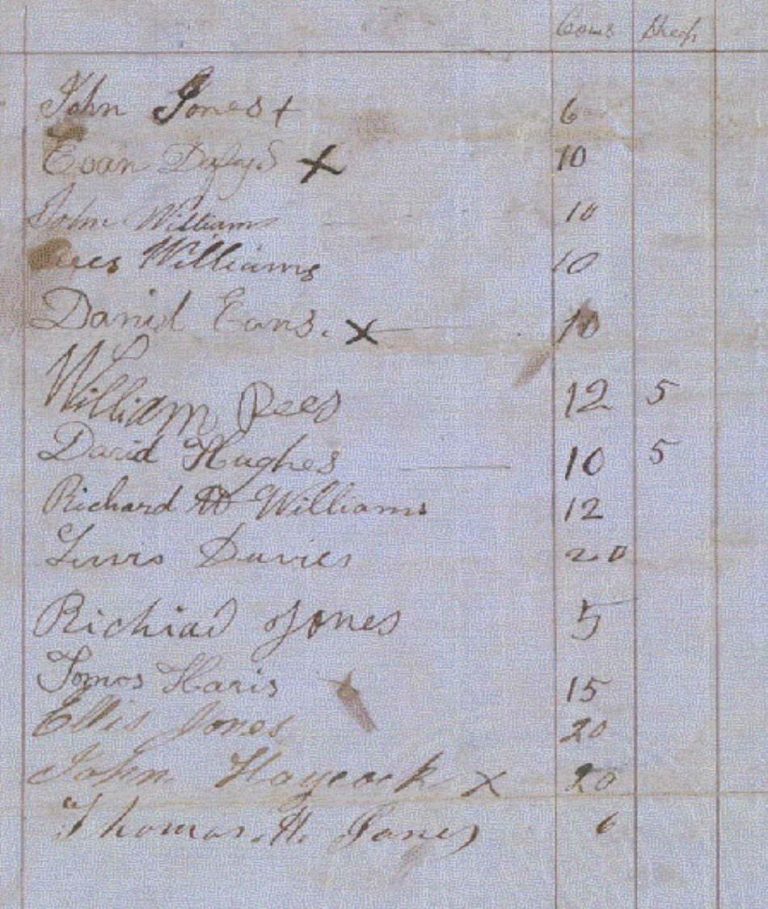 The existence of a Welsh-speaking colony in South America is widely known about in Wales. Indeed it has lodged a place in the hearts and minds of many Welsh people. People are, perhaps, not so aware of its existence outside Wales. But there are many documents at The National Archives which are concerned with the foundation, history and development of the Welsh settlement.

A converted tea clipper, the Mimosa, took the emigrants from Liverpool to the coast of Patagonia. then a region claimed by Argentina (which declared its independence from Spain in 1810), but over which little control was exercised by the government in Buenos Aires. The emigrants wanted to set up a New Wales, free from English influence, where they could maintain Welsh cultures and Welsh traditions. In particular they wished to live in an environment where Welsh, rather than English (or, indeed, Spanish) was the normal means of communication. The Welsh who went to Patagonia were, however, mostly motivated by a desire for land; in this they resembled other emigrants who left Europe for the New World. The Argentine government provided land for the emigrants close to the Chubut River in Patagonia, and this probably was the most pressing reason why Welsh people chose to abandon their native land for a terra incognita.

A total of 153 emigrants sailed with the Mimosa in 1865 and the Crew List and Agreement for the vessel can be found in the document BT 99/230. This records the names of those passengers who were born, or were married or who died on the journey.

The land they encountered was wild and barren and windswept, and uninhabited save for scattered communities of the Tehuelche people, with whom the Welsh established good relations. Patagonia was not Wales writ large; it was an inhospitable environment, and the settlers faced many difficulties in the early years of the colony. But at length they were able to irrigate the land and plant crops; more emigrants arrived from Wales and the colony became reasonably prosperous. The document FO 6/263 records numbers of colonists from Wales in the 1860s, including details of casualties.

Between 1865 and 1914 Welsh was the main language spoken in the lower Chubut valley. Non-Welsh settlers tended to be absorbed into the Welsh community. The documents FO 420/23 and FO 881/1544 contain some early correspondence of the establishment of a Welsh Colony on the River Chupat in Patagonia. Some of the colonists left at the start of the 20th century and in time the Welsh settlers who stayed in Patagonia became more explicitly part of Argentine society. The Welsh language began to decline, to be replaced by Spanish. But Welsh is still spoken today. Welsh Patagonians speak a South American version of Welsh, and when they borrow words from a foreign language they are more likely to borrow from Spanish rather than from English.

The National Archives holds a vast amount of material relating to this relatively unknown but fascinating episode in British history, mainly through Foreign Office series. There are also records held at Aberystwyth University where a public event and conference commemorating the 150th anniversary is planned for June. Bruno Derrick, a former member of staff at the National Archives who sadly died in 2012, recorded a podcast on the subject which you can listen to.